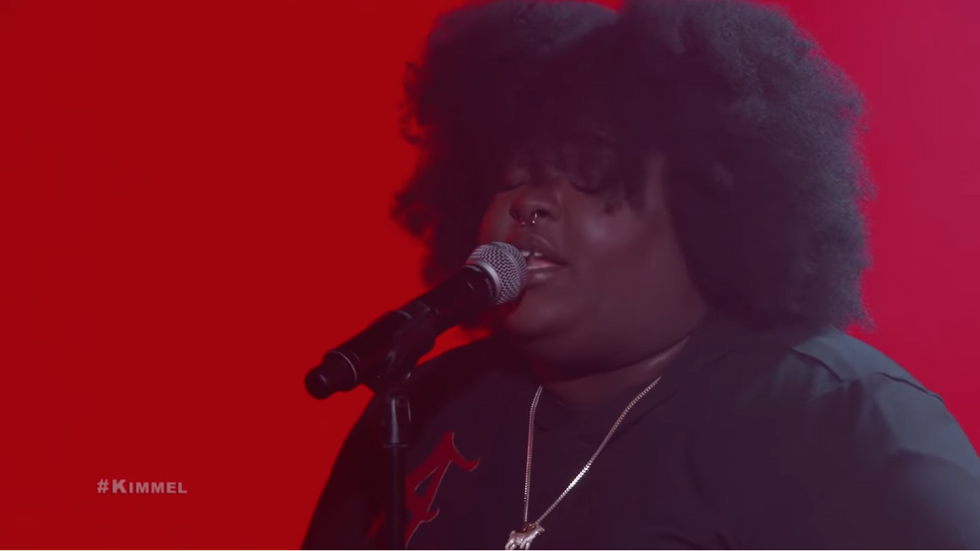 The Nigerian-American MC drops serious bars in "No Squares" and "Richey v. Alabama."

Waithe is a huge fan of the Nigerian-American wordsmith (as we all are, let's be real), especially since her freestyle about the rise and fall of Kanye West went viral last year. The rapper continues to be inspired about current events and eloquently gives much needed thoughts and commentary through straight bars.

With her performances of "No Squares" and "Richey v. Alabama" on the show, it's fair to say that she's the internet's unofficial poet laureate.

"We all know what's going on in Alabama right now, and I'm from Alabama. I felt like with this opportunity and the way that it lined up, it would make so much sense for me to come on here and speak for people who would otherwise feel voiceless," she shares with Waithe on what inspired "Richey v. Alabama."

Watch her poignant performances below.