Watch Ilhan Omar on Stephen Colbert: 'I'm as American as Everyone Else Is' 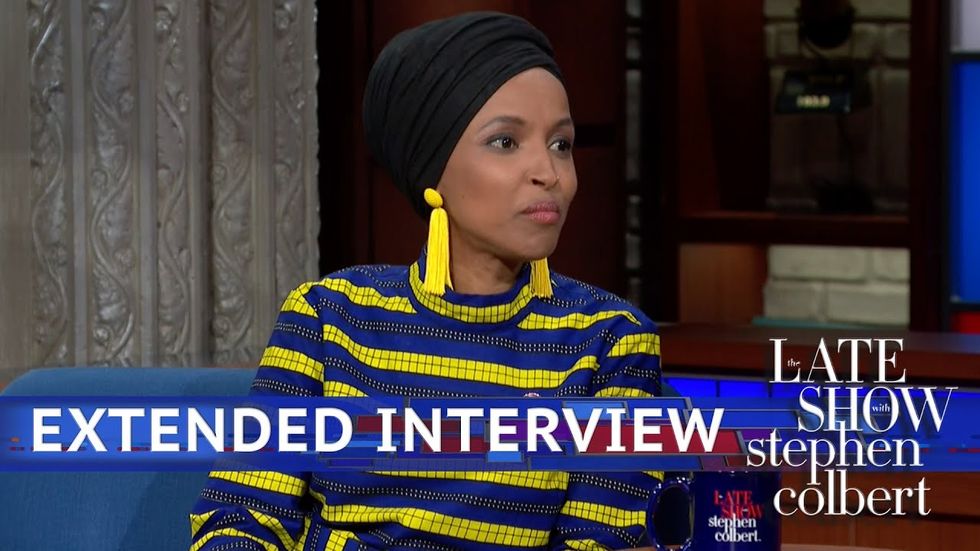 Many knew Ilhan Omar would face unique challenges as a new congresswoman on the national stage. Being a Black, Muslim woman in American politics is a lightning rod for right wing fury and having a progressive platform invites even more plutocratic ire. So the combined response was bound to be grotesque. But the latest baseless attempts by right wing media to try and make her look sympathetic to the 9/11 attackers feels like an increasingly desperate attempt to incite to violence.

In the midst of all this, she appeared on Stephen Colbert to talk politics. See the extended interview above and read some more of our coverage of the Somali-American congresswoman below.

READ: In Defense of the Black Boogeyman: What the disciplining of Ilhan Omar tells us about anti-semitism and black dissent in America

READ: Ilhan Omar is One of OkayAfrica's "100 Women"