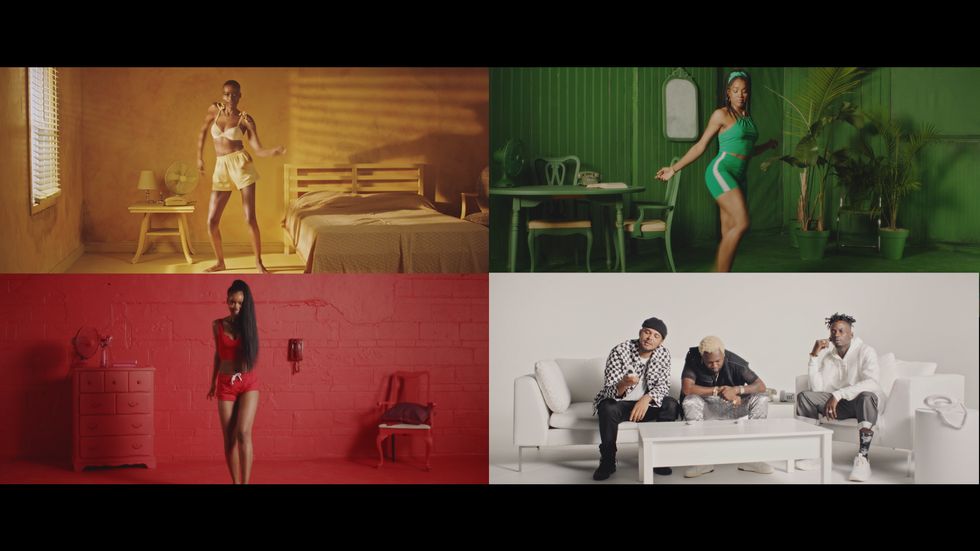 Get into the latest single off of Walshy Fire's upcoming project, "Abeng."

Walshy Fire has been on a roll, giving us a glimpse of what we can expect from his new album Abeng with "No Negative Vibes" and "Round of Applause." Now, the Jamaican-born DJ enlists Mr Eazi and Kranium for another cross-cultural collab with his latest single, "Call Me."

The music video, directed by Jocelyn Cooper, has also dropped and is a colorful affair—nodding to both the Ghanaian and Rastafarian flags with the monochrome scenes of yellow, green and red.

"This is basically a song for the ladies. It took me about three years to put it together. Of the songs on the album, I'm most proud of this one," Walshy Fire says to Billboard. "I think this is going to be one of the biggest songs I've ever done. We had so much fun on the video shoot. I haven't seen a video connect to a song [lyrically] in such a way in a long time and I'm extremely proud of how it came out."

Watch "Call Me" below.

Abeng is due to be released on June 7 via Mad Decent.