"For Africans, Homegrown Science Fiction Can Be a Will to Power:" Watch Nnedi Okorafor's Powerful TED Talk 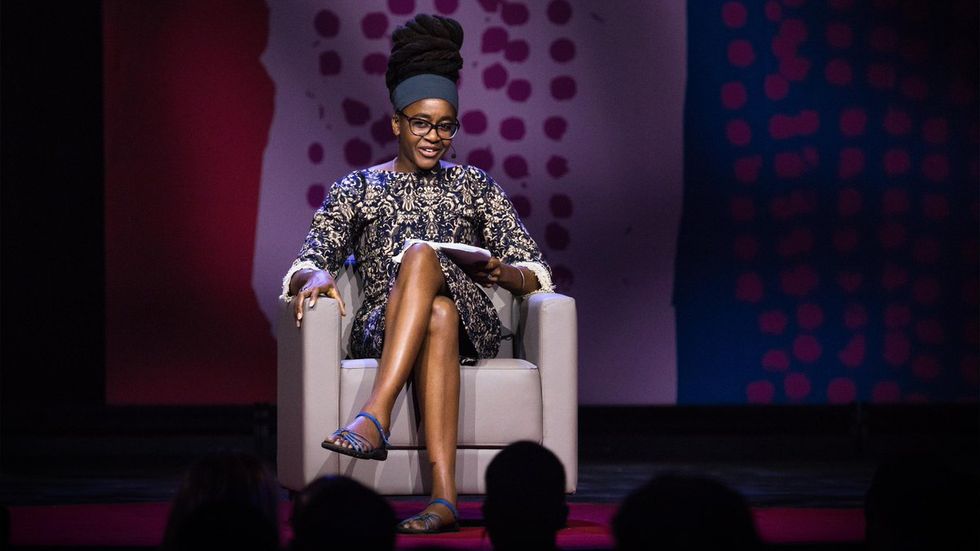 The celebrated writer talks about the power of African Science fiction in a recently released Ted Talk.

"What if?" Is the simple, yet innately powerful question behind celebrated Nigerian-American author, Nnedi Okorafor's unforgettable talk from this summer at TEDGlobal in Tanzania.

In a talk entitled "Sci-Fi Stories that Imagine a Future for Africa," published earlier today on TED.com, the celebrated Nigerian-American writer, opens with an excerpt from her Biniti trilogy, in which she describes the lead character going off to attend university in another galaxy. Her reading carries her into a thoughtful reflection on the significance of African science fiction, and its potency as a political tool. "Science fiction is one of the greatest and most effective forms of political writing. It's all about the question, "What if?" says Okorafor.

The writer also touches on the term "Afrofuturism," which for her, is really "another kind of science fiction." She explains the difference between Afrofuturism and science fiction by using a straightforward octopus analogy.

Like humans, octopuses are some of the most intelligent creatures on earth. However, octopus intelligence evolved from a different evolutionary line, separate from that of human beings, so the foundation is different. The same can be said about the foundations of various forms of science fiction.

From there we learn that her passion for writing science-fiction developed during family trips to Lagos as a young adult, as a means of feeding her curiosity about things that most Nigerians found ordinary.

So I'm Nigerian-American. I was born to two Nigerian immigrant parents and raised in the United States, one of the birthplaces of classic science fiction. However, it was my Nigerian heritage that led me to write science fiction. Specifically I cite those family trips to Nigeria in the late '90s. I'd been taking trips back to Nigeria with my family since I was very young. These early trips inspired me. Hence the first story that I ever even wrote took place in Nigeria.

She ends her talk by reintroducing Udide the spider, a wise storyteller and the embodiment of the deep roots and untapped sociopolitical power of African science fiction. "For Africans, homegrown science fiction can be a will to power," says the writer.

Watch Nnedi Okorafor's full TED Talk below. For more on the prolific writer, revisit our in-depth interview with her from earlier this year, where she discussed mentorship and her upcoming HBO series.