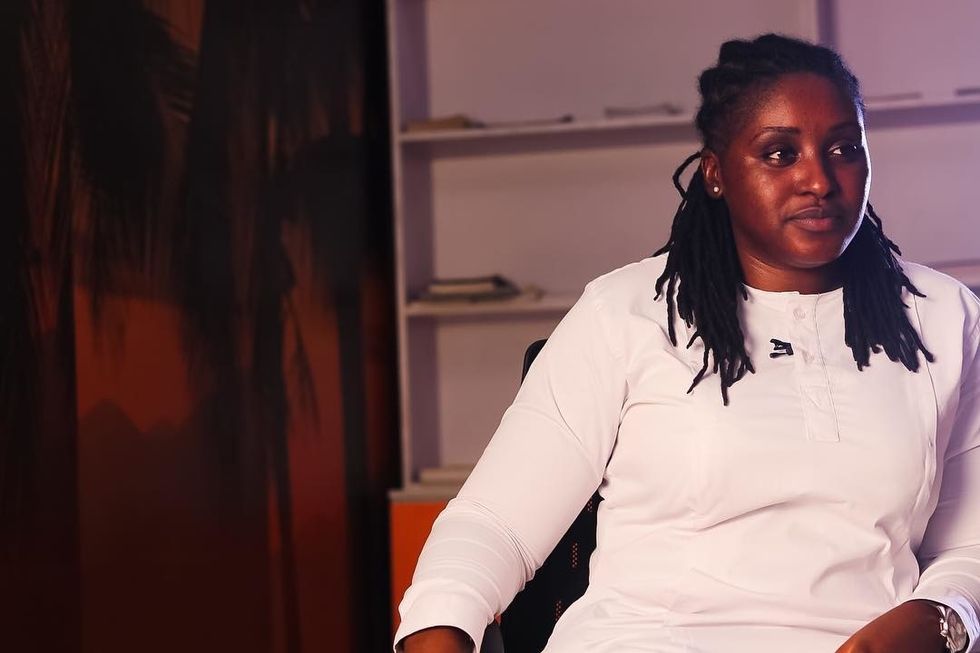 Pamela Adie opens up to share her life story in an effort to show that queer Nigerians exist.

Under The Rainbow features Pamela Adie—a lesbian living openly in a Nigerian society that's still riddled with homophobia that can cost one their life—in what Africa Is A Country calls a visual memoir of her journey towards self-discovery.

In the documentary, we follow Adie as she guides viewers through her experiences first-hand navigating being a lesbian in Nigeria and the alienation that often comes from family, friends and society as a whole.

Adie wrote and produced the film, which was shot by Nollywood's very own Asurf Oluseyi, the director behind the queer short film, Hell or High Water. The documentary, alongside Oluseyi's short, was backed by The Initiative For Equal Rights and members of The Equality Hub. Both entities are tapping more queer creators to use storytelling as an advocacy tool for the queer community, especially queer women who are often left out of the equal rights conversation in Nigeria.

"We're at a point in Nigeria where, as a movement, one of our immediate goals is to change hearts and minds," Adie says in the film. She also emphasizes to Africa Is A Country that she hopes her story shows that being queer is not a phase or is learned, and even more so challenges the notion that homosexuality is "un-African."

Watch the moving teaser below.

Under The Rainbow premiered at a private event in Lagos back in June and is set for another screening in Accra Friday. For more information on future screenings, keep up with the film on Instagram, Twitter, and Facebook.