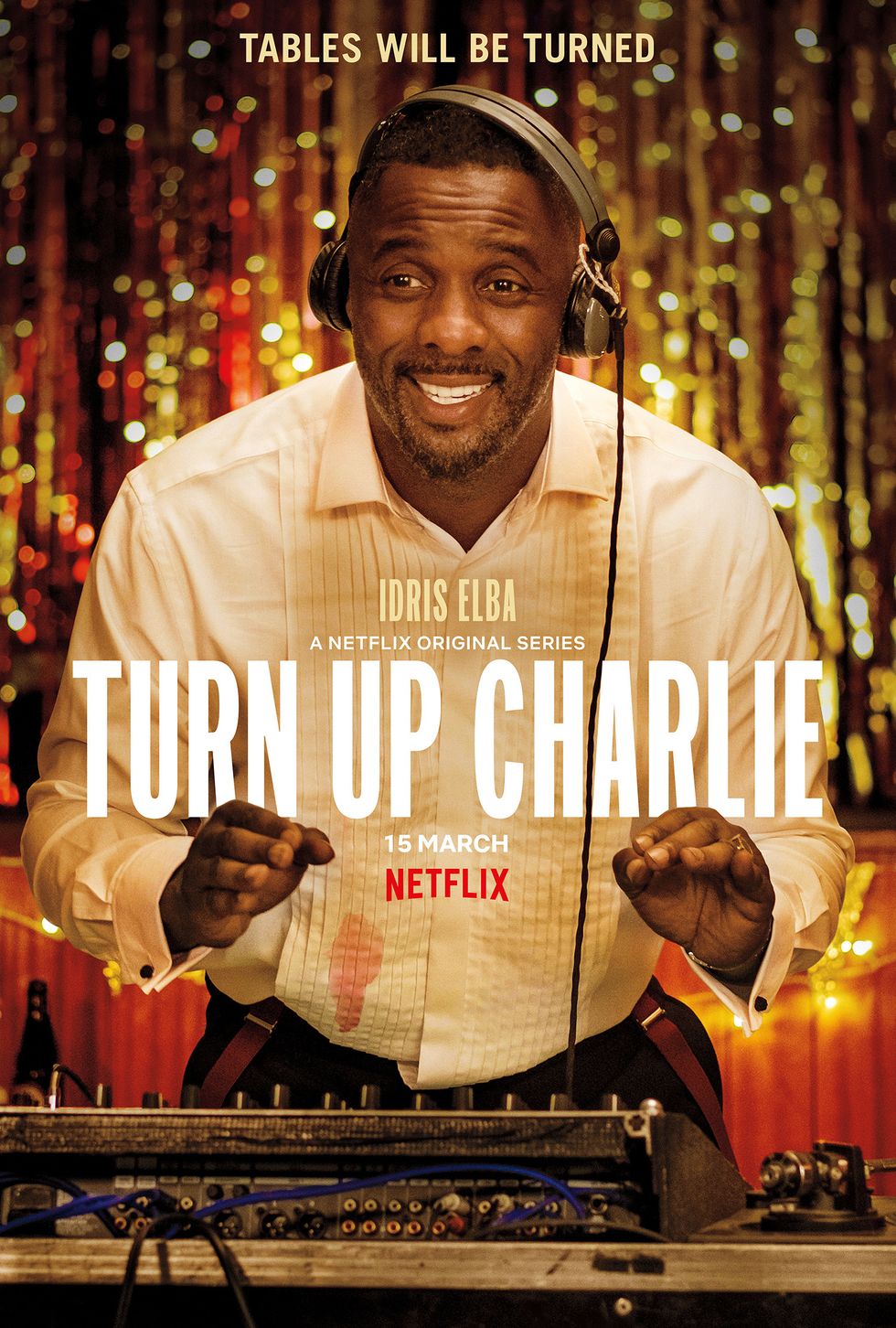 The actor is also preparing for his first-ever appearance on SNL.

Idris Elba is a man of many talents, and they all come together on his upcoming Netflix series Turn Up Charlie.

The comedy will premiere next month on the global streaming service. Ahead of its release, Netflix has dropped the trailer for the show, in which Elba plays a struggling DJ-turned nanny—drawing on elements of his own life pre-megastardom. This is Elba's second comedy series following the family show In the Long Run, which premiered in 2018.

Here's a full synopsis of the show:

Turn Up Charlie centers on the titular Charlie (Idris Elba), a struggling DJ and eternal bachelor, who is given a final chance at success when he reluctantly becomes a 'manny' to his famous best friend's problem-child daughter, Gabby (Frankie Hervey). Piper Perabo and JJFeild co-star.

The newly released trailer sees the actor, who's convinced his parents that he is a "music mogul," taking on gigs at Nigerian weddings and becoming a nanny to a sly young girl who has made a habit out of terrorizing her nannie. Check it out below.

Elba will make his Saturday Night Live debut on Saturday, March 9 in support of the shows premiere. All eight episodes of the show will be available on Netflix on March 15.