Check Out the New Trailer For Idris Elba's Upcoming Sitcom, 'In the Long Run' 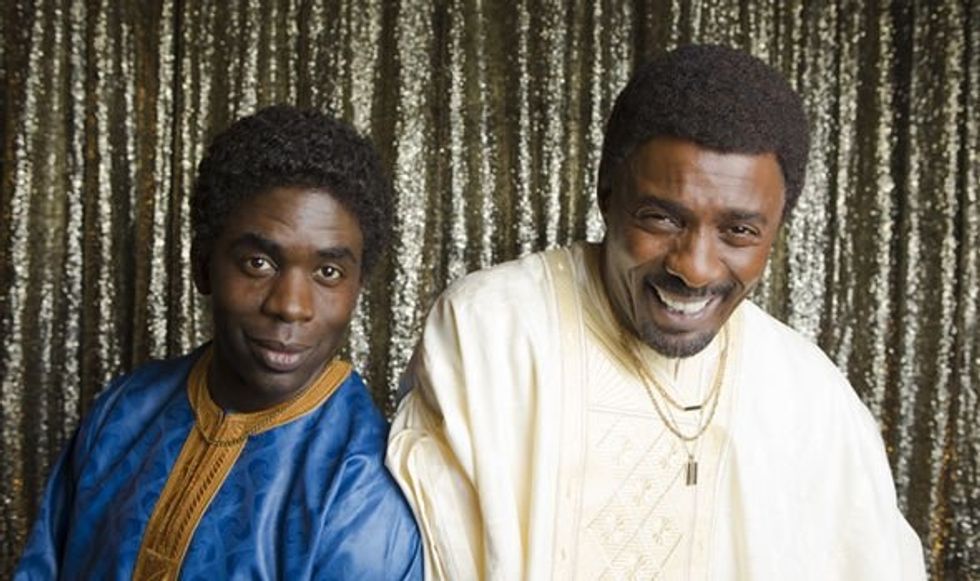 The comedy, based on the actor's childhood arrives on March 29.

The sitcom, which will premiere on Sky TV in the UK, is loosely based on the actor's childhood in London. Here's the full synopsis via Shadow and Act:

Set in London 1985, In the Long Run is about the Easmon family. Amid the tower blocks and shell suits, life for Walter (Elba) and Evelyn Easmon is all about quiet routine. They arrived from Sierra Leone 13 years ago and are happy earning enough to pay the bills with a bit left over to send back home. Walter works hard alongside his mate and neighbor Bagpipes (Bill Bailey) at the local factory while Evelyn patrols the estate selling make-up door-to-door. Their British born son Akuna and his best mate Scott hang out on the estate playing football and doing their best to dodge the local thugs.

But when Walter's brother Valentine arrives to the UK, his energy and lust for life changes everything. He crashes into their lives bringing laughter and chaos and igniting a passion for music in Akuna. And though he frustrates Evelyn and tests Walter's patience, Akuna adores his 'funcle' Valentine because after all, he is family.

In the Long Run will premiere on March 29 and we're certainly looking forward to seeing Idris Elba flex his comedic chops. Watch the trailer below.