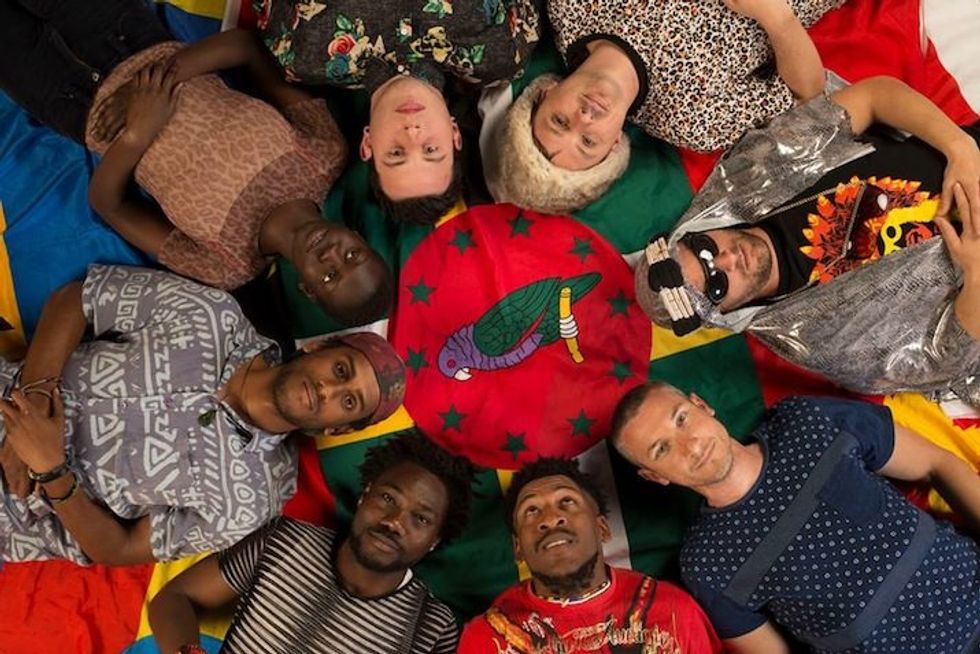 New Zealand's Weird Together sign with Soundway Records plus release the video for 'Gban Gban Lewa,' the first single off 'No Compromise.'

Weird Together is a kiwi global dance outfit formed by Tokyo-based/New Zealand music TV presenter Nick Dwyer and Auckland-based English producer DJ Dick "Magik J" Johnson, who began the project strictly in the studio two and a half years ago before expanding into a full live band with NZ transplants Karima Madut (vocals), Mavs Adegbite (percussion/vocals), Izak Chadderton (steel pan), and Alesano Schuster (steel pan), The Gaza Tripp (guitar) and Yonier Cuevas Vega (MC). It's been just over a year since Okayafrica premiered Weird Together's infectious, house-influenced "Karima's Story," named after and inspired by their Sudanese/Kenyan-born songstress Karima Madut. Though they've kept relatively silent as a collective since then (Dwyer recently drew acclaim for his Japanese video game music documentary series Diggin In The Carts for RBMA), the group has nonetheless kept busy readying their most ambitious work yet.

Officially signed with Soundway Records– the UK label behind some of our favorite releases from the likes of Batida, Débruit & Alsarah, Ibibio Sound Machine, Muyei Power and later this year South African "supergroup" Fantasma– Weird Together are set to make their Soundway debut this December with a digital EP entitled No Compromise. "Gban Gban Lewa" is the first track to come to light from the new release, and we're excited to premiere its throwback visuals here today. Shot on hi-8 cameras for a 90's vintage effect, the video is a proper introduction to the whole Weird Together crew including the band's Nigerian percussionist Mavs Adegbite, who lends his vocals to the track. Watch "Gban Gban Lewa" below and look out for No Compromise to drop 8th December via Soundway Records. Weird Together have shows coming up 9/27 at Crab Farm Winery, Hawkes Bay, NZ, and 10/4 at The Studio, Auckland, NZ.