Here's What You Need To Know About Africa's Biggest Film Festival 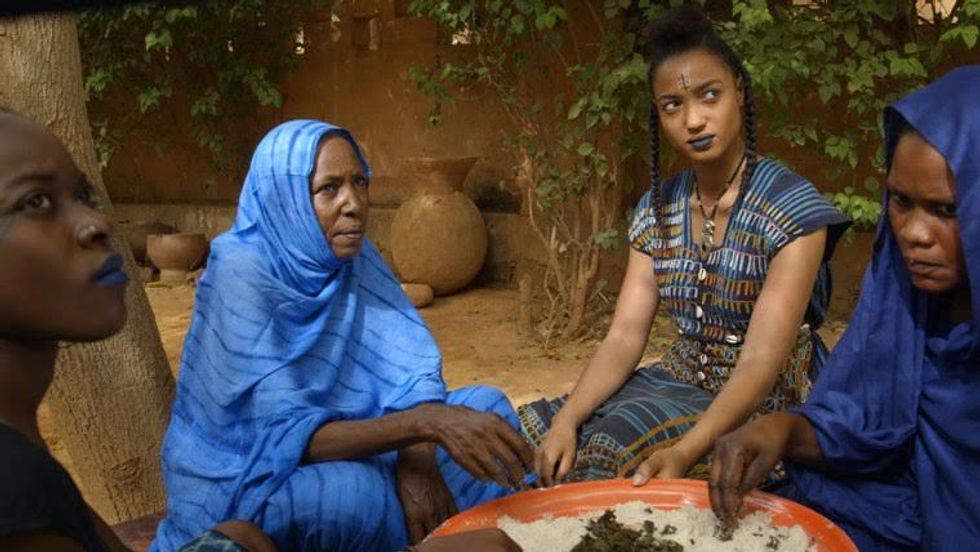 Here are some of the films showing at the annual Pan-African Film and Television Festival of Ouagadougou this Sunday.

When Hollywood celebrates its film industry this Sunday at the Oscars, African filmmakers will be vetting their own at the Festival Panafricain du Cinéma et de la television de Ouagadougou (The Pan-African Film and Television Festival of Ouagadougou or FESPACO) in Burkina Faso. This year, the 25th celebration of FESPACO will take place from February 25 to March 4.

Since 1969, thousands of film lovers and filmmakers in West Africa have come together, every two years, for the continent’s preeminent film festival and competition. Feature filmmakers compete for the Golden Stallion (or L’Étalon de Yennega), the highest award granted at FESPACO. In 1969 only 23 films from five African countries were screened. This year’s festival will feature over 150 films under the theme “Training and trades in Film and Audiovisual," and honor films from the Ivory Coast.

The festival is so important to Brazilian academic, Janaína Oliveira, that, for her, it’s worth passing up Rio de Janeiro's carnival festivities. This will be her fourth year in attendance, and she returns to Ouagadougou to showcase two Afro-Brazilian films with the support of the Brazilian Embassy.

Over the years, the FESPACO has left a strong cultural impact on Ouagadougou, because it’s a festival for the people. During the week, thousands of locals watch and discuss films in neighborhood open-air cinemas. When filmmaker Barbara Allen attended the festival in 2011 she was told that if a young man in Ouagadougou wants to show a girl that he is respectable, the first place he takes her is to the cinema, the second date you can go to a restaurant, but the cinema is always first, to prove you're worthy.

Check here, for in-depth coverage of the festival.

Below are some the most anticipated films of this year's festival.

French-Senegalese director Alain Gomis arrives at FESPACO on a professional high—Felicité won the Jury Grand Prix at the 2017 Berlin Film Festival. His last film in 2013, Aujourdhui, starred slam poet Saul Williams and Aïssa Maïga and won the Golden Stallion. He hopes to repeat that with Felicité. In this film, the protagonist, Félicité, sings in a bar in Kinshasa. When her 14-year-old son has a motorcycle accident, she goes on a frantic search for him through the streets of Kinshasa and is sucked into a world of music and dreams.

Traoré’s first short film, The Price of Ignorance, won the jury prize at FESPACO in 2000. Since then, the Burkinabe has debuted every one of her films and series at the festival, but she's yet to win the Golden Stallion statue. She hopes to change that with her third feature film, Frontiéres, which is about three women who meet while traveling by bus on the Dakar-Bamako-Cotonou route via Ouagadougou to Lagos. The trip is a journey of struggle. Under the grueling sun, in the middle of nowhere, the women endure car breakdowns and encounter road bandits.

Niger’s Rahmatou Keïta has been making films for more than 25 years, but The Wedding Ring is only her second feature film. In The Wedding Ring, a young woman has returned to her home in Niger after completing her degree abroad. She is dealing with the pain of a lost love when a spiritual adviser convinces her that she needs a wedding ring.

West African francophone films usually dominate the FESPACO film lineup, so an Ethiopian film is a treat. The film focuses on the life of a widowed father and his daughter's struggle. After his daughter was raped, the father faces challenges as he tries to save his sexually abused daughter. The film shows how tables can turn in the blink of an eye.

Sandra Krampelhuber began her fascination with West African mega-cities in Dakar, Senegal. She produced the 2014 documentary 100% Dakar, which is a portrait of the city’s creative arts scene. She returns with Accra Power, a documentary film whose title acknowledges the Ghanaian capital’s dubious relationship with energy. Accra Power provides an eclectic mix of perceptions of power in one of Africa's thriving urban centers. It outlines the creative and artistic strategies of young Ghanaians situated at the crossroads of tradition, various belief systems, technological and economic growth, infrastructural deficits, and the current energy crisis.

In 2006, filmmaker Sylvestre Amoussou produced the dystopian film Africa Paradis, in which he imagined how the world would look if African countries had colonized Europe and the Americas instead. He returns with L’Orage: Un Continent Sous Influence Africain, a movie about an imaginary African country that's rich in natural resources, yet facing an economic crisis.

The film relates the story of Sophie who tries to build a beautiful universe around her husband Babacar and her two children. On a rather unusual day, betraying their promises, Babacar announces to Sophie that he has taken a second wife. Sophie experiences intense emotional shock and withdraws into total silence.

Cheikh Anta Diop has been gone for almost 30 years, and it's taken just as long for someone to deliver a documentary about the legendary Senegalese historian and kemetist. Diop is partly responsible for the renewed interest in the study of black civilizations like Egypt. Before 1950, much research on African civilizations was conducted from a Eurocentric point of view. Diop attempted to change that. This documentary is one of the first films to be financed by a new film fund in Senegal.