Where Are All The Black People in Game of Thrones? 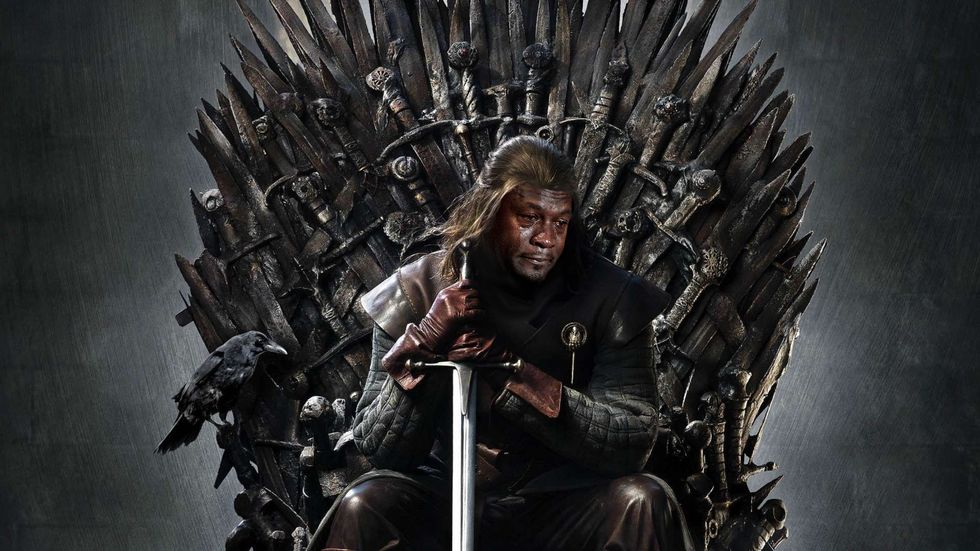 You're telling me a world with dragons, and frozen zombies can't have some lit black folk with spears and stuff?

Game of Thrones is arguably the greatest show that ever liveth—fight me.

Currently in its seventh season, the show has flying dragons, frozen zombies, ugly giants, epic battles, great dialogue, valiant and diabolical characters, sex and more sex and a myriad of other shit. If you don’t watch it, I’m judging the hell outta you.

There’s only one thing missing: black people. OK, so there are some black folk but you know, they’re slaves and servants and shit. Even in their fantasies we’re second class or none existent.

Before the book nerds come for my head like Ned Stark, arguing that the show stays true to the book, I say, then change it. After all, that’s what Hollywood does—change stuff.

In Game of Thrones, white people build empires, navigate world's seas apart, protect legacy and wealth, fight each other, show great valor, strategy and more all while protecting their humanity from the greatest threat ever imaginable to man—zombies and incest (yea we ain’t about that life, leave us out of that).

But on a serious note, according to historians, the concept of race as a human differentiator didn’t exist until about the 16th century. According to online fan chatter, it is often agreed upon that the show takes place in roughly 300 AD. Let that sink in. 300 AD, fam. We know Egypt was popping in 300 AD with politics, kings and battles of its own.

So let’s set aside historical plausibility for a sec and focus on the fact that the show isn’t rooted in anything real, it’s a fantasy for Christ’s sake, you’ve got dragons and zombies but can’t think up a black led kingdom with armies that are lit as fuck, fucking shit up with spears and stuff all in the name of protecting scarce resources and humanity?

George R. R. Martin could’ve thrown in some Egyptian mummies. Imagine an epic battle between mummies and White Walkers. Remember where you heard it first. There’s also this character on the show called The Red Woman who is deeply steeped in magic. Come on, Africa’s got the best black magic on the planet—we got this.

On the show, the wealthiest family in the realm are The Lannisters because of all the gold that they own and we already know South Africa has the world’s largest gold deposits. Martin could’ve developed a counter family to them, he could’ve written Mansa Musa into the show or the Moors or something, anything, just put some black people in this shit man. I love the show and I’ll keep watching, but there isn’t an episode that goes by where I don’t notice a distinct lack of melanin.

With Ed Sheeran making a cameo in the first episode of Season 7, I better see The Migos at some point in this season. We already know they got ice for days.