I ♥ AFCON 2017: Where and When to Watch the African Cup of Nations in NYC 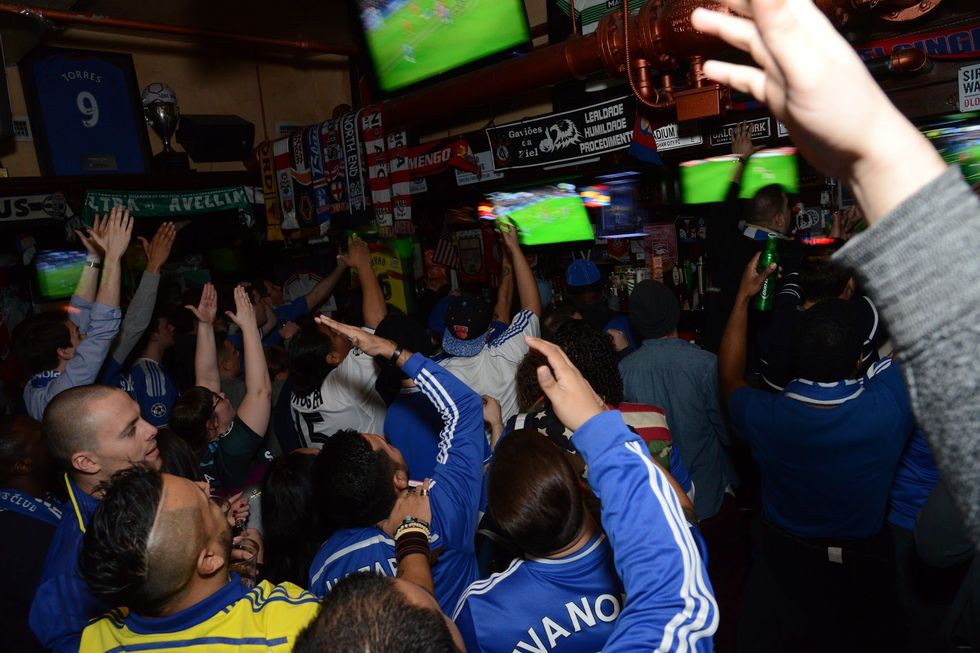 In cities like New York, the African Cup of Nations has become a must watch tournament for football fans of all backgrounds.

The African Cup of Nations starts Saturday and American fans of the tournament are eager for the action to begin. Even in an international city like New York, it used to be a difficult to find a place showing the matches but this year its popularity is growing even outside neighborhoods with large African populations.

New York has seen a rise in football supporters since the last world cup alongside the growing popularity of Major League Soccer in the city. One New Yorker Moses Sanchez grew up watching the game. A long time fan of the European leagues, after the excitement of the last African Cup of Nations two years ago, Sanchez has sworn not to miss anymore of that competition. His main interest this year is to get a glimpse of the next generation of African stars before they launch onto the international stage.

“I can’t wait to discover the new talents during this competition," says Sanchez. “Lots of great African players are getting older as Yaya Toure, Didier Drogba, Samuel Eto’O, Michael Essien.”

“Our uniqueness,” says Keane, “is that it is dedicated to nothing else but showing Football.

Our message is simple: as many games to as many people that we can possibly do, we are certainly looking forward to an African Cup of Nations.”

Keane believes that this coming AFCON will be different from the previous one, “I think that this one will will be mainly about the stars of the premier league. When I first aired African Cup of Nations 20 years ago,” he remembers, “it was a pretty average tournament. The pitches in particularly were very poor, the facilities were poor but now today the pitches are at very high standards, the teams looks to be well prepared and it really seems to me that African Cup of Nations has been strongly developed over the last 20 years”.

According to Keane, two years ago, the bar was packed for the AFCON finals. He believe it’ll be the same this time around with the tournament’s popularity expanding to fans outside New York’s various African communities. People like Sanchez.

“My family is from Brazil, so for us the soccer is in our blood,” says Sanchez. “I advocated for screening the African Cup of Nations matches in New York City… We are interested in seeing these players on their national teams. If it is well broadcasted, there is no doubt that the African Cup of Nations will become more popular in New York City in years to come. The game is beautiful whether you are from Europe, America, Africa, or Asia. It brings us all together”

Legends Football Factory will screen all the games alongside the regular European club games. Bars across the 5 boroughs will also be screening games.