Australia What Are You Doing?—There is No White Genocide in South Africa 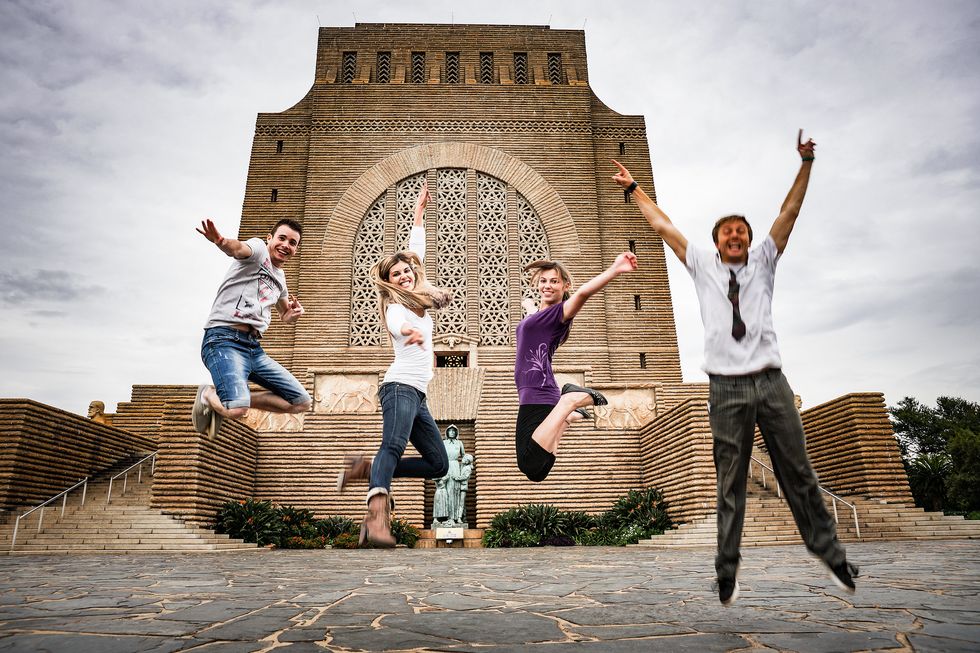 Yes, radical land redistribution is needed in South Africa and no, white farmers are not more at risk than anyone else.

On Sunday, a large crowd marched in Brisbane Australia to show their solidarity with the white farmers allegedly being "massacred" at the hands of black South Africans.

They were also marching in support of recent statements by Australia's Home Minister Peter Dutton that he is considering a range of options designed to fast-track white South African visas on humanitarian grounds. The reason for the special treatment is the debunked belief that white South African farmers are somehow in more danger and thus more deserving of humanitarian treatment than any other group even as hundreds of legitimate refugees, including children, languish in Australian detention camps in the Pacific Ocean.

I am not surprised by the fact that white South Africans, once again, have succeeded in playing victim in the eyes of the world. In fact, this fear mongering is part of a growing campaign to perpetuate the idea of a "white genocide"—a bogus term once relegated to far-right spaces that has made its way into mainstream discussions in recent years.

The ratcheting up of the white victim narrative comes weeks after newly-elected President of the African National Congress, Cyril Ramaphosa, announced that land in South Africa could be expropriated without compensation as part of land reform policies designed to address the historical imbalance caused by the denial of property rights to black people under white minority rule. While this was a monumental announcement for us as black people (#bringbacktheland for the win), it's news that once again shook the stock markets and had white people up in arms.

I remember how back in high school geography class, my elderly, white (and very racist) teacher alluded to how land expropriation wasn't a viable solution. Her reasoning was that it would be unfair to take away land from its rightful owners in the name of redressing inequality and that black people wouldn't know what to do with the land in any case. I mean, just look at what had happened in Zimbabwe, she went on to say. Now, the naive version of myself back then could not fully appreciate her sentiment at the time and frankly, young as I was, I may not have been particularly keen to either way.

There is no white genocide taking place. Black people, like everyone else, are just as anxious to know what land expropriation without compensation will look like.

However, years later, I recall this incident and cringe. I am as much puzzled as I am amused at how white South Africans will, with incredible irony, talk about the unfair seizure of land as if they themselves are not the reason we need to reclaim land in the first instance. It is angering that when land was stolen from black people in this country, nobody talked of unfairness or unlawfulness. Where were the human rights activists when our sacred ancestral burial grounds were being taken over? Where was the outrage and righteous anger when people were forcibly removed from the vibrant Sophiatown or restricted to "native homelands?" But when we as black people seek to take back that which is rightfully ours, we are the barbaric and entitled bunch? We are the lot from which white South Africans need to be protected and safeguarded? We are the ones expected to meet our previous and current brutalisation with civility?

White South Africans play the "oppressed minority" card despite the fact that they are still largely in control of the economy and when its assets are compared to the poor black majority. "Civil rights" groups such as Afriforum have been specifically set up to propagate this lie especially to the outside world. The idea of a white genocide has gained considerable traction with white people (especially farmers) who allege that they are being mercilessly slaughtered by barbaric black South Africans despite a dearth of statistics to back up the claim. Absurdly I remember reading a post on Facebook by an advocate of white minority rights appealing to Ellen Degeneres (don't ask me why her specifically) to make the rest of the world aware of their oppression and urgent need for rescue. What a lot of BS.

Now, I am not saying that land expropriation is a simple matter, let alone land expropriation without compensation. It is not. There are many complexities and intricacies that need to be carefully addressed. We need to critically strategize which land will be expropriated, to whom and why, over what period and for what purposes. Without properly motivated political will, land expropriation could prove detrimental for South Africa. However, in spite of all these potential challenges, it is nonetheless the right way to go. Those who are truly invested in seeing the historic injustices of this country redressed in the spirit of genuine reconciliation would see this.

Look, I'm here to set the record straight. There are no white South Africans being murdered at a rate any different from other South Africans in a well, um, crime-ridden South Africa. There is no white genocide taking place. Black people, like everyone else, are just as anxious to know what land expropriation without compensation will look like.

All things aside, land represents dignity, opportunity and wealth far beyond a strictly monetary definition. Blackness has long become synonymous with impoverishment and it's high time we put an end to that.