Who Told Zara Larsson That It's a Good Idea to Sing Beyoncé A Cappella? 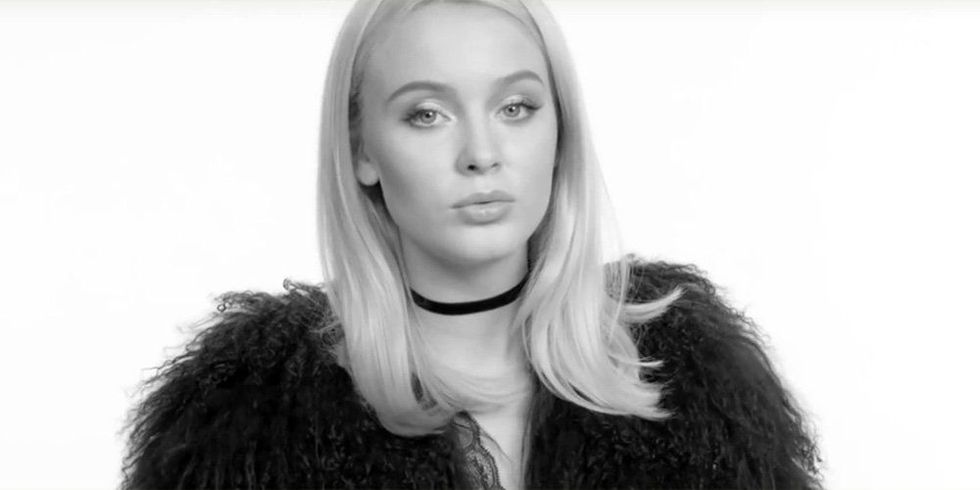 Sorry Zara Larsson, this Beyoncé montage of yours is a no go.

If there's one thing we all know to do, is to attempt to sing Beyoncé only in the confines of our own homes and/or safe spaces. We all know that even if it's karaoke renditions of her hits, we will never ever, ever level up to Queen Bey and her abilities to deliver.

Take this self-proclaimed member of the Bey Hive—Swedish singer Zara Larsson. She recently chopped it up with Harper's on her budding career (she's actually not that bad of a singer) and her obsession with Beyoncé.

Accompanying the Q+A is this beautifully shot and edited—yet super awk—video of Larsson singing her favs. That's where it all goes downhill.

Cringe with me for a good 1:15 and watch the montage below:

No, the worst part about this video is that it exists. Someone at Harper’s Bazaar heard that Larsson was a huge fan of Beyonce, and then actually came up with the idea to do this, and then shared this idea with people who then either agreed or were too intimidated and/or apathetic to disagree. No one thought to say “You know, maybe it might be better if we just had Zara on camera talking about her fandom and Beyonce’s influence — which I’m sure people would appreciate — instead of filming and sharing gluten-free Lemonade.”

Which leads me to believe that, for whatever reason, someone at Harper’s has a Flintstone-sized bone to pick with Zara Larsson. Showing her in this aggressively unflattering light was no accident. This is some petty shit, man. It’s a gotdamn conspiracy. It must be. It has to be.

And I agree. Homegirl got set up, and Harper's is wrong for that.