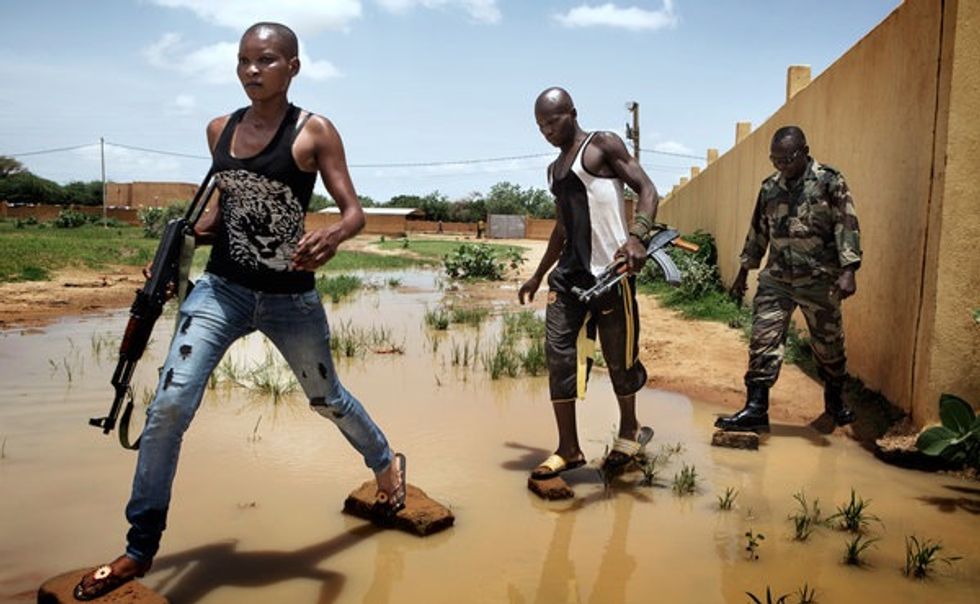 We've featured the BBC series Why Poverty before, but this time we'll check our sarcasm at the door and share another really captivating episode, Land Rush.  Directed by Eli Cane, Land Rush explores "landgrabs" in Mali - the buying or leasing of big plots of land in developing nations by international or domestic companies, governments, and in some cases, extremely wealthy individuals.

The documentary charts the 600 million dollar project "Sosumar", which is a partnership between Mali's government, African Development Bank, Illovo Sugar (South Africa), and American agricultural developer Mima Nedelcovych's Louisiana-based consulting firm. Sosumar, began planning in 2000, and in 2010 the project has yet to fully take off. The films details Nedelcovych's enthusiasm for creating a project that will promote sustainability and growth for Mali, while also illuminating the trepidation and unease of thousands of farm owners that will have to relinquish their land to the government to become sugar cane growers if they still want to farm the land that was once theirs.

A particularly haunting moment in the film features an elderly woman from Markala describing the experience of her land confiscation. Another community member recalls the destruction of their cemeteries before they were given the chance to relocate their loved ones' graves. However, the documentary is also effective at highlighting the complexities of the issues at hand. Explaining her experience with the film, Co-director Osvalde Levat states, "I also realized that sometimes the reality is less Manichean than I would like to think. For some, the sale of farmland is a new form of colonial dependence, for others it is the last resort to get out of entrenched and deepening poverty." The film is especially interesting as over the past year partners such as Illovo have withdrawn from the project because of the instability in Mali.

Contextualizing the film with the current reality in Mali, Co-director Hugo Berkeley notes that while some aspects of the Sosumar project seemed like they might have a positive impact on development, "recent events in Mali, linked in many ways to last-year’s conflict in Libya, have moved the country into some nether-realm between a functioning and a failed state. The Malians we follow in this story now find themselves in a hole from which it will be very difficult to extricate themselves."

Check out the full "Why Poverty" documentary on land grabs in Mali below.