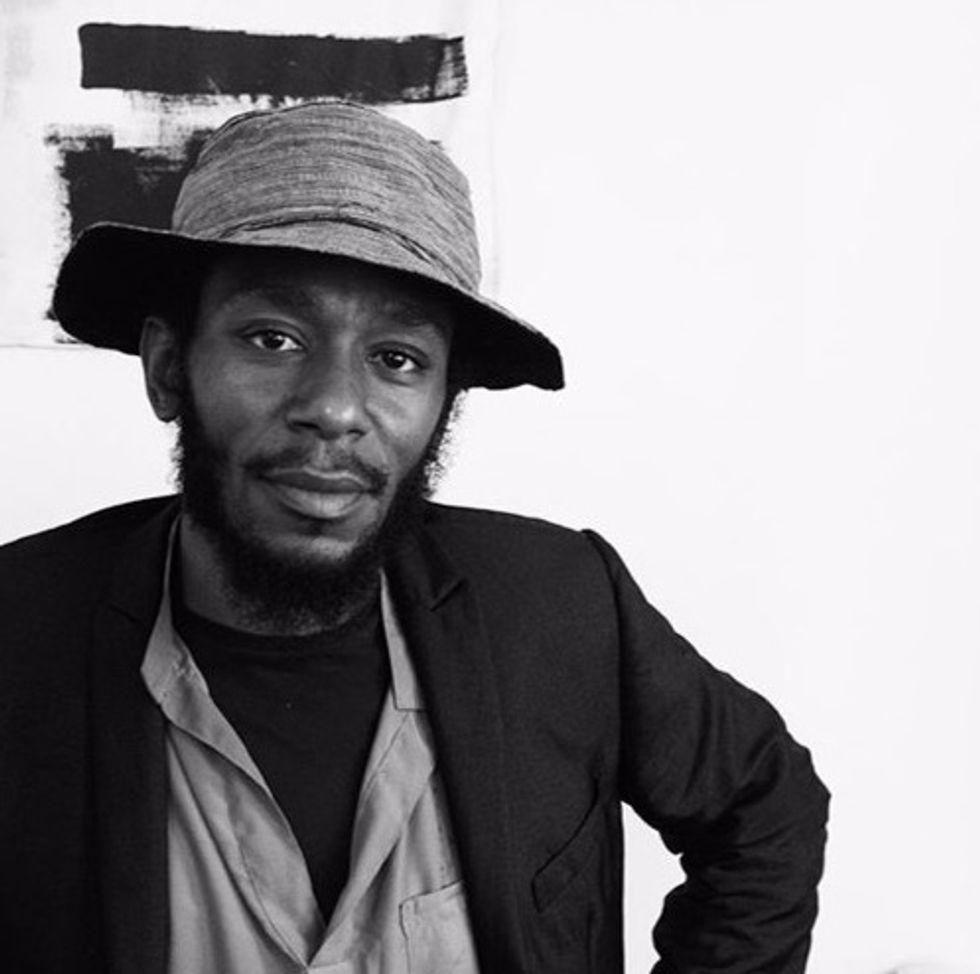 Yasiin Bey (formerly Mos Def) took to Soundcloud on Wednesday to apologize to his Scandinavian fans for missing shows in Sweden and Denmark this week. The message was recorded in Cape Town, where the rapper and actor was arrested in January after he attempted to leave South Africa using a “world passport.” Though Bey’s out on bail, he’s unable to leave the country as he awaits a hearing on May 12.

Early Friday morning a new track titled “Dec. 99th – N.A.W.” appeared on Bey and Ferrari Sheppard‘s A Country Called Earth platform. According to ACCE, the song was recorded Thursday at D Planet Studios in Cape Town. Sheppard is actually the song’s producer (his production debut), and the N.A.W. presumably stands for needs and wants. “Fuck what you like, needs and wants, you got needs and wants / needs and wants” Bey sings over Sheppard’s droning production. “I hope you got what you need and that you need what you waaaaaant” the rapper continues to chant.

Listen closely and you might hear traces of Noir Wave on this one. Petite Noir could very well be rubbing off on Bey. The two previously collaborated on a "Till We Ghosts" rework.

“Dec. 99th – N.A.W.” was recorded and mixed by Dplanet, aka Human Waste of the Cape Town-based rap outfit DOOKOOM. In an email to Okayafrica, Dplanet explains he was put in touch with Bey by a mutual friend who's part of the same Muslim community as Bey in Cape Town. The Cape Town-based producer was contacted by Sheppard a few days later to set up a recording session.

He adds that the only time he's seen Bey perform live––a few years back at the Cape Town International Jazz Festival––has stuck with him. Dplanet continues in the email:

It was an experience that changed my idea of what hip hop could be - that show actually inspired me for the production of projects I did with Ben Sharpa and DOOKOOM.

Yasiin is an artist who is never afraid to speak his mind, or to keep pushing his art. When you meet him, he's so humble it's hard to remember that he's a musical and cultural icon of our time. The fact that he has shunned the corporate music and film industries and is living in Cape Town, working with unknown artists and producers, is testimony to his dedication to his art.

The track has a raw honesty and subtle power to it which gave me chills throughout the recording - the content also has a deeply personal meaning to me because of things that have happened in my life recently. It was a blessing to share a creative space with Yasiin and Ferrari, and to be a small part of the production of a great piece of music.