The Rise of Zimbabwe's Punk Bands 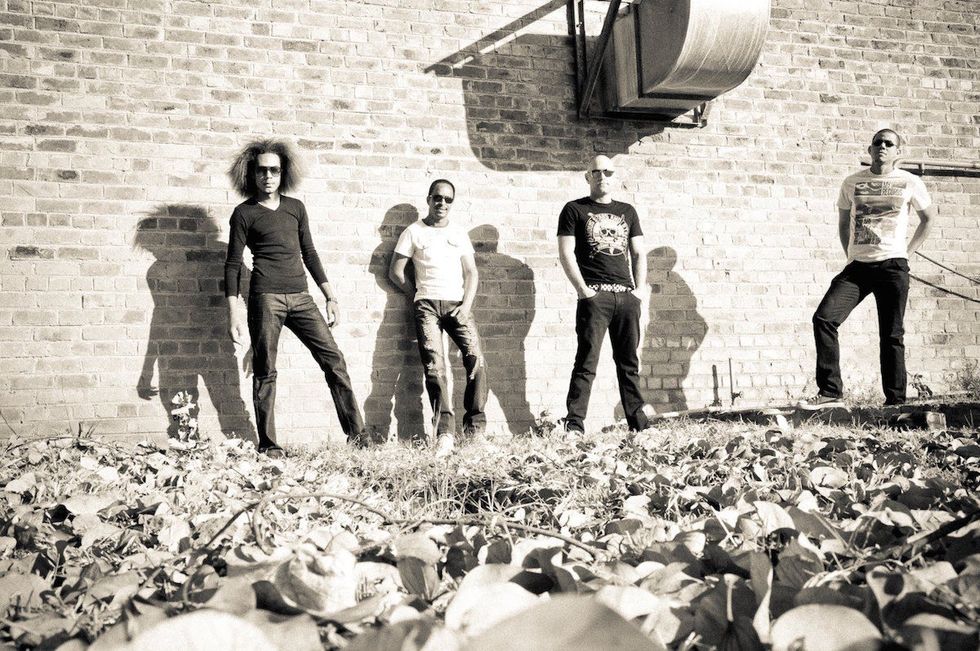 During the war for independence in the 1970s, a heavy rock movement appeared in what was then Rhodesia, now Zimbabwe.

One of the bands at the forefront of this musical movement was Wells Fargo. Inspired by musicians like Jimi Hendrix and James Brown, they mixed afrobeat with psychedelic rock to create music that would soon be synonymous with hope amidst the bloody war for independence.

Despite their success back then, Wells Fargo struggled to release their music as they were blocked by racist distributors. The group was heavily political, at one point launching a call to arms for Rhodesia to get their independence from the British empire. Alongside other bands such as Eye Q and Gypsy Caravan, they created their own music festival. That action got them strong backlash from the police, who beat them down and used tear-gas to stop them from performing.

The shining idea of 1970s Zimbabwean rock was the fusion of African and Western sounds to create a new genre of rock music that felt a hundred percent Zimbabwean—it was revolutionary.

More than 40 years later, Wells Fargo’s impact on the rock scene remains, as they built the foundation of Zimbabwean rock by fighting against racial segregation, colonialism and towards a resurgence of national culture.

In recent years, the rock scene’s gone through its own resurgence in Harare with a new wave of bands.

Evicted is the most well known, having gained mainstream recognition since they first came out with their debut album Place Called Home. The group blends Zimbabwean genres such as Sangura and Chimurenga with with rock, punk, reggae and funk.

Among the new wave of Zimbabwean punk groups, Evicted is the closest to having reached mainstream recognition. The band was formed in Harare by four high school friends. Although their sound nowadays is an afro punk fusion with a clear metal influence, at the beginning, their music was undoubtedly punk.

Hailed as “the Chimurenga punk band,” they toured abroad in Australia and South Africa, before relocating to Zimbabwe. Chimurenga is a shona word that means “liberation” and also the name of a political movement formed in 1894, when the Shona and Ndebele began to revolt against the white colonizers and settlers in the region.

The reason why Evicted is called “Chimurenga punk” is due to their politically-loaded lyrics tackling subjects their audience can relate to, such as poverty and corruption. The group aims to spread awareness and a belief that things can change.

Another band, Chikwata.263, is one of the most unique punk outfits in the country.

Formed in Harare in 2011, they’re Zimbabwe’s first Mbira punk band. The band hijacked the traditional use of the Mbira to mix it with contemporary Western punk sounds and make a new brand of Zimbabwean punk music, both haunting, peaceful, yet angry and fast paced. Influenced by a myriad of artists such as Miles Davis,Thomas Mapfumo and The Sex Pistols, they released their first album, Chauya, in 2014.

The new Zimbabwean rock scene is small, which is both a blessing and a curse. The ability for groups to grow and be challenged is relatively small, but it’s easier for fans and bands to interact with each other. There are however, a few homegrown platforms for them to thrive and Rock Down Harare is one of them.

One of the main music festivals in the country, Rock Down Harare was created in 2003 to give local bands a proper platform to reach their audience and give the public an opportunity to discover new national bands.

The Facebook group Rock Music Zimbabwe is also regularly updated by fans and musicians alike. They post events like rock festivals, gigs and even guitar workshop for the scene to thrive, even on a smaller scale.

In Harare, The Book Cafe is the go-to music venue for many rock bands. After all, this is where Chikwata.263 was formed and where every single one of the bands mentioned in this article have performed at least once.

Macy and The Red. Photo via the artist's Facebook.

Groups like the indie band formerly known as Retrospex frequently set up events in local bars to play for free for their fans. The band, formed in 2011, is a part of this new wave of fusion punk Zimbabwean bands.

Their music mixes punk, hip-hop and jazz as heard in their album Greetings from Crater was released in 2014. They sing in English but add some Shona when covering traditional Zimbabwean songs. After their lead singer Alex left the group, the band went through a bit of change. They know have a new singer and go by Utopia.

Macy and The Red is a female-fronted band formed in 2012 whose music is a mix of reggae, punk and afro pop. They’re signed to the label XTM Nation Jamaica.

With the new scene thriving and clearly being inspired from the past one, one question remains: among these groups, which ones are the true successors of Wells Fargo?

Wells Fargo never reached a mainstream appeal and most people have forgotten about them, but Now-Again Records recently re-released their album, Watch Out! , with the aim of documenting the heavy rock scene of 1970s Zimbabwe.

But one can see how some things remain at the heart of Zimbabwean rock: a will to create music that respects the traditional sound and culture of Zimbabwe, while also taking inspiration from the West. And an urge to make music that forces their audience to open their eyes and fight for what is right.