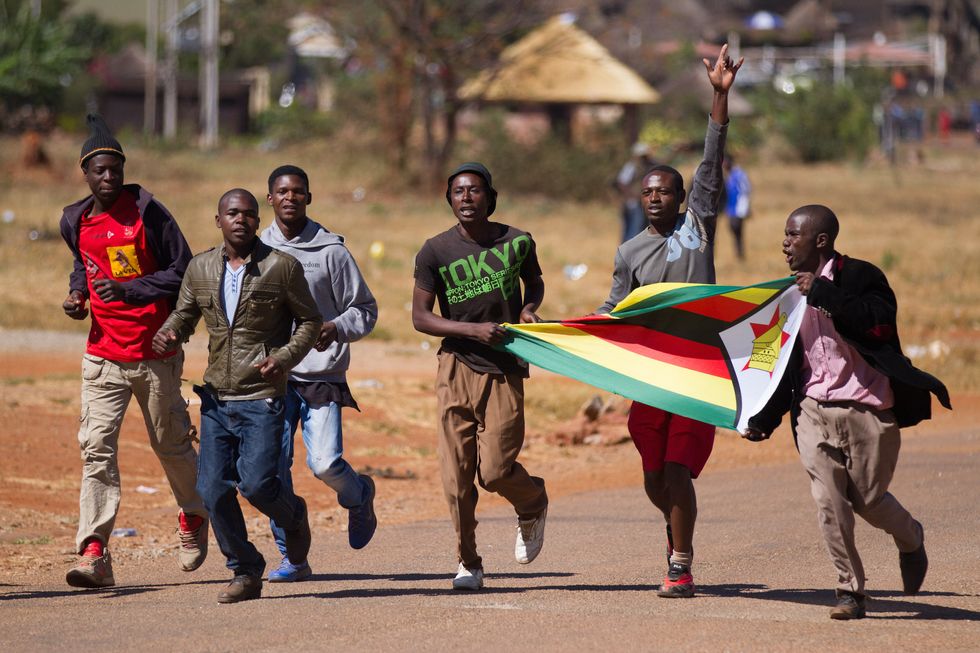 A Zimbabwean activist recounts her 84-day stay in Chikurubi Maximum Prison in Harare.

Frail and looking sick, 34-year-old Zimbabwean activist, Linda Masarira, walks in the streets of Harare a day after her discharge from a Harare hospital. Though she is now testing what she calls “freedom,” her mind returns to her recent 84-day stint in Chikurubi Maximum Prison.

Masarira, a widow and mother of five, was arrested during a protest on the 6th of July over President Robert Mugabe’s controversial 36-year rule. Her colleagues were all granted bail and released, but Masarira was treated as “an enemy of the state” and kept in prison without trial.

As one of the protest leaders in the country under the campaign movement Occupy Africa Unity Square, Masarira was treated differently from her peers.

“When the courts denied me bail, I thought being in prison would be a stroll in the park, however what I witnessed there was horrible,” Masarira explains, breaking into tears and uncontrollable sobbing in the process.

“Firstly there were nearly 40 of us in a prison cell meant for 15 inmates with one chamber that would only be flushed once a day. There were no blankets, no drinking water and food. The food brought by relatives was the only hope for survival,” she explains.

Masarira, who has yet to be tried, was meant to do hard labour in the fields with her fellow convicted inmates. The inmates, Masarira says, were not permitted to wear shoes whilst fetching water, despite sewer effluent covering the fields.

She added that some of the prison officers, who had their own issues with poverty resulting from their salaries not being paid, would take home food and toiletries brought by relatives of inmates.

Realising her health was deteriorating as a result of systematic abuse by prison officers, Masarira decided to mobilise other inmates. On the 9th of September she staged a hunger strike that lasted for a day. There were repercussions for fear of an uprising. “They severely assaulted me and placed me in a solitary confinement unfortunately in the male section.”

That was the start of Masarira’s demise. She was next placed in a cell three square meters in size. The cell had a toilet seat that was rarely emptied and a tiny concrete slab to sleep on.

“This torture made me very weak until I pleaded with my lawyer on the seventh day. They wanted to kill my spirit but when I started taking food immediately my health deteriorated, I suspect due to food poisoning,” Masarira said.

Her health continued to worsen after her release from Chikurubi Maximum Prison on the 27th of September.

She was rushed to a private hospital in Harare complaining of chest pains, stomachache, vomiting and headaches. Masarira was only discharged from the hospital on the 10th of October and due to leave the country any time for specialist treatment in South Africa.

Shortly after this interview was conducted, Linda Masarira told Okayafrica she was abducted by police on Friday and illegally detained at Harare Central Police Station overnight. She paid a $100 bail today for alleged disorderly conduct.

Police beat up a protester during an electoral protest in Harare on 26 August, 2016. Photo by Zinyange Auntony.

When I spoke with 24-year-old Makomborero Haruzivishe, who is studying Psychology at the University of Zimbabwe, he called for a commission of enquiry aimed at reviewing the horrible treatment inmates receive in Zimbabwe prisons, particularly Chikurubi Maximum.

“For me Chikurubi is the worst prison any human being may ever be kept in the world as it is worse than the Guantanamo Bay detention camp. Chikurubi is not even fit for animals habitation and should be closed,” Haruzivishe said.

He was arrested in early September during one of the protests organised by a movement called #Tajamuka. Although his arrest was not the first, his month-long stay at Chikurubi shocked him.

“I was in hell where we survived on stock feed used as mealie meal to prepare thick porridge. On a number of days the relish would thick spinach leaves boiled with only salt with no cooking oil. Sometimes official would prepare for us kapenta [anchovy-sized lake-fish] that would have to be fished out from a plate full of salty water because there would be only about seven kapentas in a plate,” Haruzivishe said.

Due to overcrowding in the cells, inmates would arrange themselves to sleep facing one direction and would alert each other each time they would turn.

“This prison is like a torture chamber as I heard fellow inmates crying each minute. I would only be informed of death of fellow inmates something that shook me as this was happening daily,” the student activist said.

Back in the female section at Chikurubi, inmates were not given sanitary pads, forcing female inmates to use dirty pieces of clothes. Children born in prison or taken to prison with their convicted mothers are forced to live in the same horrible manner as their mothers.

“If given a chance, I would call for the closure of Chikurubi Maximum Prison described by former inmate Simon Mann, as the monolithic reinforced-concrete battleship blockhouse. It’s not fit for human habitation,” Masarira said.

Shortly after this interview was conducted, Linda Masarira told Okayafrica she was abducted by police on Friday and illegally detained at Harare Central Police Station overnight. She paid a $100 bail today for alleged disorderly conduct.