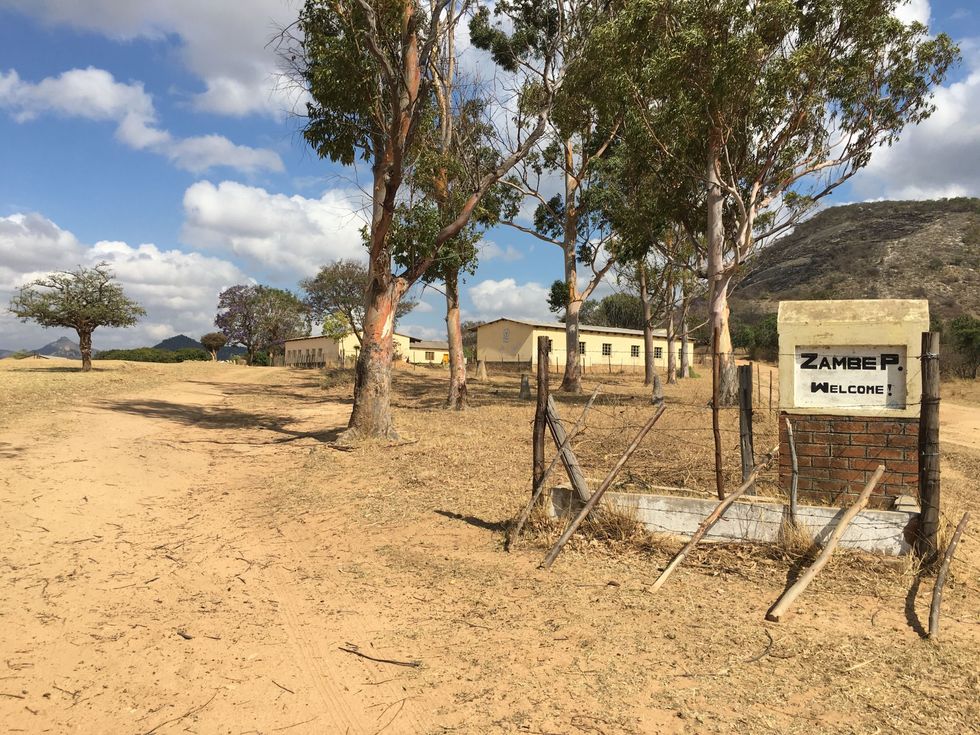 Phillis Nyamombe was an election agent in the 2013 Zimbabwean elections in Nyariya, a small village in the eastern province of Manicaland. A local representative of the largest Zimbabwean opposition party—Movement for Democratic Change (MDC)—Nyamombe’s job was to be at the polling station and make sure things were going orderly.

“There was a lot of intimidation during the 2013 pre-election period, people were being threatened by death if they vote for MDC-T,” she tells me in the back room of a crowded bar in Nyariya. It’s loud enough in the bar that people cannot overhear the conversation.

At the time, members of Zanu-PF, Zimbabwe’s long-time ruling party would approach opposition members and warn them not to vote. According to Nyamombe they told her ‘If you do like what you did in 2008, you were pardoned in 2008, this time around you must know that things have changed, you will die”.

“We continually encouraged our members to stand firm,” she said.

But on the day of the elections there were other problems. “We noticed some deceased people’s names that were still appearing on the voters roll.” Some people had been long dead, she said, and she also witnessed people who came into the polling station, at the local Zambe Primary School, and couldn't find their name on the lists so they didn’t vote.

One of these people was Catherine (full name withheld on request), a woman in her late 50s. Catherine has been voting for the opposition party in her village since it was established in 1999. But in the 2013 elections, when she came to the polling station, she was told her name wasn’t on the list. She was asked to go to another polling station. But it was too far. Catherine’s health is shaky, there are no vehicles in Nyariya, and walking five kilometers in the Zimbabwean summer was too much. She gave up and didn’t vote.

The local polling station at Nyariya Photo: Yael Even Or

On August 26th of this year, Zimbabweans took to the streets of Harare to push for electoral reform. Police attacked them with tear gas, water cannons and arrested 67 people. For most outsiders it was another demonstration in a series of protests against the 36-year rule of Robert Mugabe—and the many economic issues Zimbabweans are struggling with. But the demand was now different. People were demanding electoral reforms.

The recently founded National Electoral Reform Agenda (NERA) is a consortium of political parties fighting for electoral reforms in Zimbabwe. If demonstrations are not in the headlines anymore it’s only because recently Zimbabwe's High Court decided to uphold a police ban on protests in the capital on the grounds that this was “necessary to preserve peace.” But the demand for electoral reform is very much alive and it has a lot to do with the frustration over the 2013 elections, where Mugabe won in a tremendous landslide. Those elections are still an unsolved case for Zimbabweans.

Trouble With The Voter Rolls

One good way to start talking about the flaws in Zimbabwe’s electoral system is with the voter roll. The roll, containing the names of the people who can vote, is a magnet for most of the problems in the country's elections.

The voter roll got its mysterious reputation largely by its inaccessibility and the extreme difficulties people are going through in order to take a look at it. Until 2008, the voter roll was kept as a state secret, despite many court challenges. In 2008 it was supposed to enter the public domain, and yet access to the full roll prove next to impossible for opposition activists.

Politician Tendai Biti, formerly with MDC-T, was active in trying to get a hold of the roll in order to audit it. Biti, who’s known for his fierceness, served in 2013 as Zimbabwe’s Minister of Finance in the unity government. But even from his seat he couldn’t lay his hands on the whole electronic roll.

Prior to any election in Zimbabwe there is an inspection period in which the voters are supposed to make sure they are registered and if they need to change their address in order to vote in another constituency.

In June 2013, almost two months before the elections, Biti and his partners got a provisional PDF copy of the list but it was not the complete roll as registration was still on going.

An analysis of the roll that was released in June has shown problematic results. An audit that The Research and Advocacy Unit [RAU], an independent non-governmental organization in Harare, conducted prior to the 2013 elections found that there are some 2 million potential voters that are not on the roll.

The report revealed that more than another 1 million voters on the roll are either deceased or had departed. This led to an absurd situation that on the election day it was reported that on the roll there were 132,540 people older than 90 years-old. The country’s average life expectancy, meanwhile, is 45.

It also found that 63 constituencies have more registered voters than inhabitants. There was a clear bias in favor of rural constituencies, which are known to be dominated by Zanu-PF supporters. In rural areas there was 91.9 percent voter registration compared to only 78.3 percent in urban constituencies.

Biti’s wife was one of the many people who weren’t able to vote due to the fact that her name wasn’t on the roll at her polling station. But because of her husband’s involvement, they were able to track her name on another list.

“When we went to vote on 31st of July 2013, my name was there, but Helen was not there,” he told me in an interview at his office in Harare. “She was suddenly told that, ‘You are not in the voters roll.’ We then went to the computer center and then at the command center, they then put your name in the overall computer. She was now registered in Mudzi.” Mudzi is 250km away from Harare. Biti’s wife has never been there.

The increase in numbers was even more magnificent in the voting itself. In the March 2008 presidential election, about 2.5 million people voted, and in 2013 a million more voted. That’s an increase of over 37 percent. And Mugabe’s tally more than doubled—from about one million to some 2.1 million.

The voter roll is under the responsibility of Zimbabwe’s Registrar General, Tobaiwa Mudede, who’s been in his role since independence in 1980. Many are suspicious of him because of his allegiance and past behavior. One of those is Rugare Gumbo.

Gumbo used to be the spokesperson for Zanu-PF. During the 2013 elections he was in charge to keep the press informed on the process, but now, no longer with the party, he admits there might have been some wrongs.

Gumbo at his backyard in Harare

“In the past the registrar general was the one who really was running the show, and he was quite partisan. He always said that he was a member of Zanu PF, which is unfortunate,” he said.

Gumbo is now spokesperson for the much-talked-about “People First” party. It’s leading the demand for electoral reforms these days.

Since its formation in 1999, MDC-T party was fighting for an independent body to manage the elections instead of the Registrar General.

They were able to recruit the SADAC, the Southern African Development Community, to their struggle. Backed by the SADAC, MDC-T and other opposition efforts seem to bear fruit before the 2008 election, when by an act of the Parliament from 2004, the Zimbabwe Electoral Supervisory Commission was established. ZEC was supposed to be the new independent body to completely administer the elections. But in practice, this hasn't happened and ZEC authorities remained largely on paper.

In many other countries, there are clear restrictions to the executive power on how election management operates. An election commission reports directly to parliament, gets its funding from the treasury, and proposes changes to the electoral law on its own. But that’s not the case in Zimbabwe, even when the constitution now says otherwise.

Deciding Who Can Observe Elections

One telling example to ZEC impotency is how it elects the foreign observers that can determine “free and fair” elections and in fact did so in 2013.

In the ZEC committee for choosing foreign observers, there’s an office for the president’s cabinet so Zanu-PF ministers are making that decision and they make sure to choose their friends. In the 2013 elections Zimbabwe denied the participation of Australia, U.S., U.K., and other European countries, all of which are critical of the Zimbabwean government and electoral system.

Beyond the issues of electoral bodies composition and procedures, voters’ registration, constituency manipulation and delineation, an overarching and sometimes all-consuming issue is fear. Because of all of these, many Zimbabweans don’t believe they can trust the electoral system: they fear their vote will be changed or wouldn’t count, at best, and that there will be consequences at worst.

That’s another factor that can explain the astonishing low number of registration on the roll. People don’t stop in not voting—they go as far as not wanting to even be on a list that says they’re eligible.

Research for this article was supported by a Taco Kuiper Grant for investigative journalism. Nyasha Mukapiko contributed to this story.