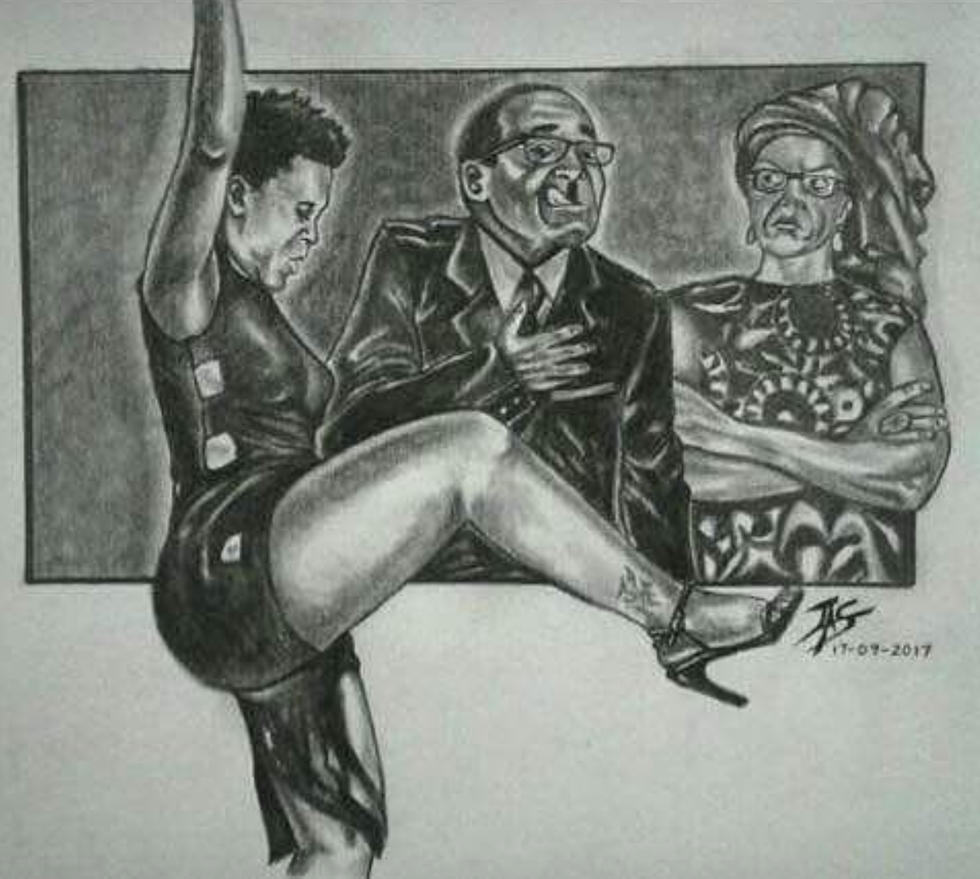 Zodwa Wabantu is not here for that.

South African carefree socialiteZodwa Wabantu claims President Robert Mugabe instructed her to remove a painting she posted on her Instagram.

The painting sees Zodwa Wabantu flaunting her goods to the president while the Zimbabwean first lady Grace Mugabe looks on clearly unimpressed.

Zodwa Wabantu was banned from performing in Zimbabwe in August because she is known for performing without underwear, which actress Anne Nhira said would "tarnish our image as a country."

President Mugabe, speaking at an interface rally in Bindura last month, said he knew he was disappointing many men by banning the Durban entertainer from performing in Zimbabwe. "I'm sorry we disappointed many men," he said. "You just come without covering your decency. What do you want? Men to see you? We don't want such."