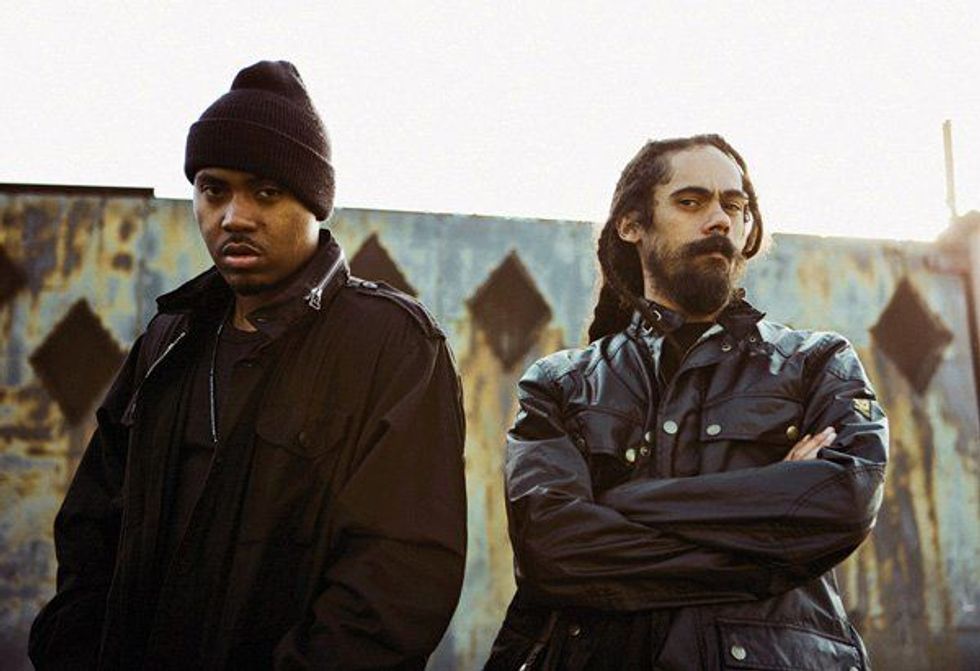 From Bob Marley to Lauryn Hill to Kanye West and many more, here are nine of our favorite songs about Africa by artists from the diaspora.

Africa, both as a place and a concept, has inspired some of the best works from musicians in the diaspora. For many, creating songs that highlight the continent is a way of fostering a connection with their African heritage.

While some songs address Africa as a singular unit, they manage to steer away from the "Africa is a country" trope, by thoughtfully reflecting the reality of African descendants who maintain a desire to connect with their roots, though their direct ancestry is often unknown. Some artists explicitly reference the continent or one of its 54 countries, while others use it thematically.

From Bob Marley to Lauryn Hill to Kanye West and many more, here are nine of our favorite songs about Africa by artists from the diaspora.

It's no secret that Bob Marley's music was rooted in a longing and appreciation for Africa and the Rastafarian belief of the continent as the promised land. "Africa Unite" is just one of many of his songs which draw on themes of Pan-Africanism and Black unification.

Davis was one of many early jazz artists who showed a concerted desire to connect with Africa through his compositions. "Nefertiti" is one of his more obvious homages, but many of his later, more experimental songs contained rhythmic, African sounds. The 1968 record, named after that famous Egyptian queen, features haunting horn riffs and features Herbie Hancock on the keys.

In true "old Kanye" fashion, the rapper offers a highly self-aware and cutting message on his 2004 single "Diamonds From Sierra Leone." The song's remix featuring Jay Z, is even more poignant. The song centers on the issue of conflict diamonds. West expresses an internal conflict that leaves him torn between his innate love for the flossy stone, and a suffocating guilt about how it's excavated. "See a part of me says 'keep shining.' How? When I know what a blood diamond is," he rhymes.

On the aptly titled song, MJ finds himself singing to a Liberian woman whom he's fallen deeply in love with. The song was released in 1989, the same year as the on-set of the First Liberian Civil War, and many women in the country found the song empowering. The iconic ancient Egyptian-themed music video for "Remember the Time" is also undoubtably worth a mention.

Ms. Hill made this song while she was pregnant with her first child, Zion. It references the Biblical city of Jerusalem, and also draws on the Rastafarian interpretation of Zion as Africa. She sings of a return to "beautiful Zion" through the birth of her son, and in speaking of her, then, oncoming motherhood, she offers a metaphorical nod to "Mother Africa."

On "Africa Landó," notable Afro-Peruivian band, Novalima tell the story of an African slave brought to South America by Spaniards. The song details the struggles that the young girl faces and forces listeners to reflect on the often overlooked history of slavery in Latin America and its lingering effects on Afro-Latino populations.

Much like his father, Damien Marley's music is also heavily rooted in Rastafarian ideals. On him and Nas' 2009 joint album with Distant Relatives, the two artist reference the continent as a way of highlighting the shared roots of black people across the diaspora. On "Land of Promise" Marley asks listeners to envision the continent in a new light, by paralleling African cities with major U.S. cities." Imagine Ghana like California with Sunset Boulevard, Johannesburg would be Miami, Somalia like New York," sings Marley on the songs opening verse.

In this mellow 1998 track, Talib Kweli and the artist formerly known as Mos Def praise the beauty of the black women atop classic, late 90s hip hop production. They knock Eurocentric standards of beauty and highlight melanin-enriched women across the diaspora from the Caribbean to Latin America and beyond. They make specific mention of women in Nigeria, Ghana, Tanzania, Zambia, Mozambique and Botswana.