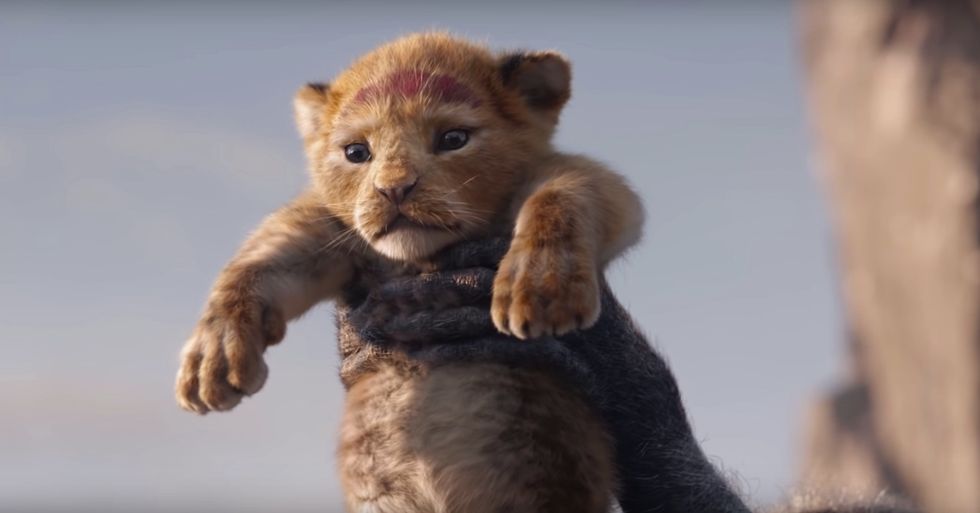 Still from The Lion King trailer.

From John Boyega and Letitia Wright in "Hold Back the Stars" to Jordan Peele's "Us," these films have us pretty excited about cinema in 2019.

This year was a great one for black cinema, with films like Black Panther shattering box office records and becoming the first superhero movie nominated for Best Drama at the Golden Globes, others like Spike Lee's Black Kkklaansman tackling present-day racial dynamics by juxtaposing them with the past, and others like the Kenyan film Rafiki boldly tackling homophobic attitudes on the continent and beyond through its portrayal of young lesbian love.

The success of such films from the continent and diaspora has us uniquely excited about the film prospects for 2019. This year was full of announcements of exciting new projects from some of our favorite actors in the game.

Many big names including Lupita Nyong'o, John Boyega, Issa Rae, Idris Elba, Chewetel Ejiofor and more have been attached to major projects that are set to premiere in 2019, which is already shaping up to be another big year for black film, and like always, "we're rooting for everybody black."

Here are 9 films that we're looking forward to the most in 2019.

This project is the brainchild of 13-year-old Black-ish star Marsai Martin. Issa will star as "a woman who gets the chance to relive the carefree life as her younger self (Martin), when the pressures of adulthood become too much," according to a summary in Deadline. The film will head to theaters in September 2019.

Black Panther costars Lupita Nyong'o and Winston Duke will star in the highly-anticipated follow up to Jordan Peele's Get Out. Senegalese-American actress and star of Teen Titans star Anna Diop has also signed on for a role in the film along with Get Down actor Yahya Abdul-Mateen II. Though plot details remain scarce, the film is described as an "original and provacative thriller." If it's anything like Get Out, Peele can surely take our money.

The trailer for this live action remake of the Disney classic, dropped to much fanfare in November. Members of the animal kingdom are voiced by some of the industries biggest stars: Beyoncé lends her voice to Nala while Childish Gambino voices a young Simba. Just imagine how their rendition of "Can You Feel the Love Tonight" is going to sound—whew. The cast also includes James Earl Jones, the legendary actor will reprise his role as Mufasa and Chiwete Ejiofor as the villainous Scar. It will also star Alfre Woodard, John Kani, Seth Rogen, John Oliver and more.

Two of Hollywood's most formidable actresses, Viola Davis and Lupita Nyong'o will play mother and daughter in "The Woman King," a historical drama based inspired by the Dahomey Amazon Warriors—the 18th century all-women military regimen who fought of French colonizers in present-day Benin. It'll be quite intriguing to see the two Oscar-winning actresses lend their fierce energy to help tell a story.

Issa Rae, who made her big screen debut this year with a role in The Hate U Give will also star in her first romantic comedy about an American woman who moves to London, where she becomes part of high society and falls in love "in a very unexpected way." The films script was created by Nigerian-American writer, Amy Anobi who also works with Rae on Insecure.

Idris Elba will produce and star in a film adaptation of the novel Ghetto Cowboy by Greg Neri, about black horseriding communities in north Philly. "This story was built out of a deep friendship and collaboration with the riders of North Philly, and I couldn't be more excited to honor their legacy with this film," said the film's director Ricky Staub. Elba said "brilliant script combines the energy and grit of an urban movie with the poetry and romance of the urban cowboy way of life."

Hold Back the Stars

This upcoming film, starring John Boyega and Letitia Wright is the black sci-fi romance we didn't even know we needed. It's being described as "Romeo and Juliette meets Gravity." The two actors will portray lovers stuck in space, fighting to live with only 90 minutes left of oxygen. The suspense is already killing us. We're willing to bet that these young actors will make for an unforgettable onscreen duo.

The Boy Who Harnessed the Wind

Chiwetel Ejiofor's directorial debut is based on the amazing story of the Malawian inventor William Kamkwamba who at 13, built a windmill from bike parts in his small town, helping stave off famine in his village. The screenplay was written by Ejiofor and the film will premiere on Netflix next year. "A global story such as this requires a global platform," Ejiofor said in a statement, "And I'm thrilled to be working with Netflix on bringing William's extraordinary tale of determination and inventiveness to audiences worldwide."

Born a Crime: Tales From a South African Childhood

Though the release date for this one hasn't been confirmed, it looks like the film adaptation of Trevor Noah's best-selling memoire Born a Crime will likely drop in 2019. Lupita Nyong'o, will bless our screens once again, as she'll play Trevor's mother Patricia, who raised young Trevor in apartheid-era South Africa. Noah recently shared the story of how Nyong'o basically gave the role to herself in an interview on The Tonight Show With Jimmy Fallon—though Trevor, of course, had no objections.