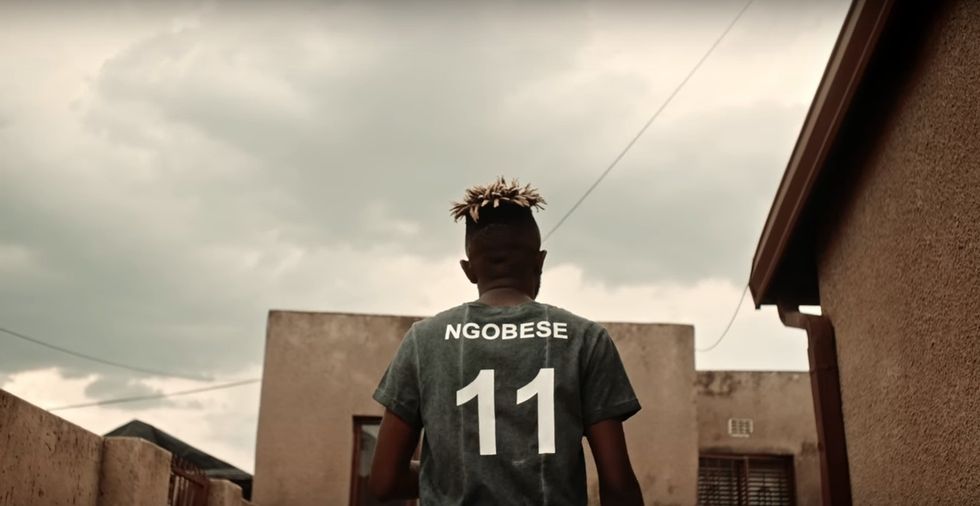 Nigeria's Olamide kicked off his year in full force with "Science Student," a potent injection of afrobeats energy that could easily replace your morning, or mid-afternoon, coffee. The single sees Olamide connecting with Young John "the wicked producer," as his tag goes, who was responsible for the monster beat of "Wo!!" He's joined by BBanks on production duties for this highly-infectious new track.

South African artist Anatii released "Thixo Onofefe" his first solo song since his joint album with AKA, Be Careful What You Wish For. Continuing the theme of spirituality, which was rife on BCWYWF, the artist literally prays (he chants "Phuma, phuma Satan") over bass squelches and screeching synthesizers.

Maleek Berry returns with the highly-anticipated follow-up to last year's successful Last Daze of Summer EP—and he's keeping with his seasonal theme. The Nigerian producer and singer dropped the newFirst Daze of Winter, which has already produced some memorable jams like "Been Calling" and "Pon My Mind."

Kwesta and Wale's video for their 2017 hit, "Spirit," is a visual poem about the hood and spirituality. The music video shows different facets of the township—among people adorned in church regalia and receiving the Holy Communion and getting baptized, we see spinning gusheshes, a chicken being slaughtered for a ritual, a sangoma, guzzling of alcohol, and a whole lot more.

Scottish-Liberian-Nigerian trio Young Fathers have been longtime favorites here at OkayAfrica. The Mercury Prize-winning outfit is now announcing their upcoming album, Cocoa Sugar, which is due March 9. The band is also sharing the captivating new video for "In My View," the album's lead single, which you should really check out above.

MI Abaga sparked a strong debate about the state of Nigerian hip-hop last year with "You Rappers Should Fix Up Your Lives." He now returns with yet-another hard-hitting and in-your-face track, "Your Father," which features help from Dice Ailes.

London's Ezra Collective mold afrobeat, hip-hop, and reggae influences into something completely unique in "Pure Shade," a highlight track from the upcomingWe Out Here compilation from Brownswood Recordings.

Namibia's Sally Boss Madam dropped the bright new visual for "Fasuluka," one of the many addictive afro-fusion singles featured in her album, My Black, which is available everywhere now from Okaymusic.

Martyn 'Ready Or Not'

Nigeria's Martyn seamlessly blends rhymes and beat loops in his 7-track Ready Or Not. Any hip-hop heads should check out this new EP, and it's title track, which is available across all outlets from Okaymusic.