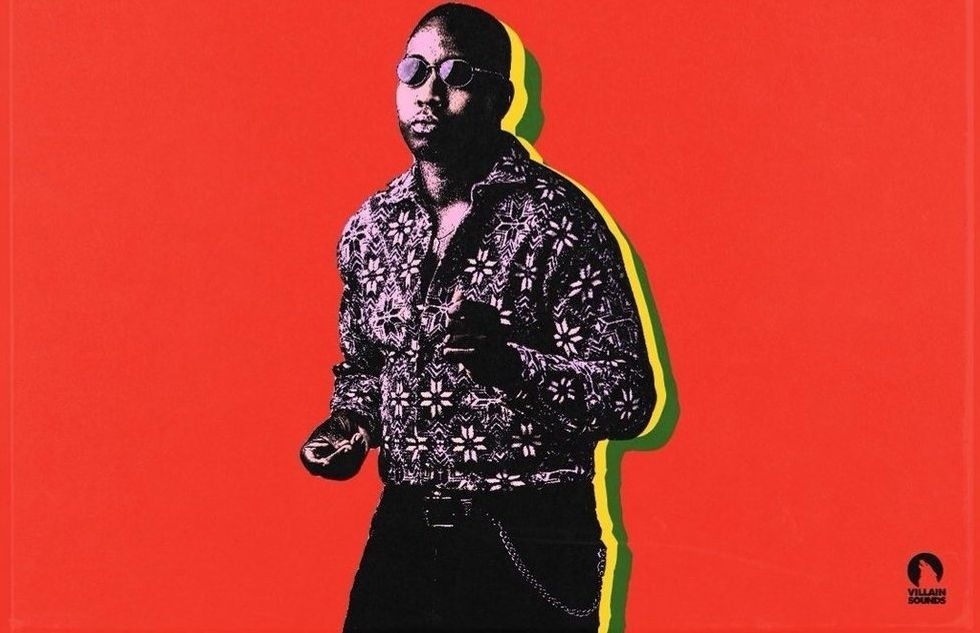 Black Coffee released a surprise EP on Friday titled Music is King. The 6-track project features Samthing Soweto, Msaki, Mlondi Ngcobo, Zhao, Mbuso Khoza and jazz maestro Nduduzo Makhathini. Music is King is Black Coffee in true form; soulful vocal house are what you'll get on the project. The EP's title is the same name as the DJ and producer's upcoming concert taking place on the 15th of December at the Ticketpro Dome. Joining Coffee on the lineup will be Swizz Beatz, Nasty C, Lady Zamar, Burna Boy, Riky Rick, DJ Kenzhero and DJ China.

Julsand Wande Coal follow-up their last great collaboration, "So Mi So," with this new single, "Sister Girl." The new track sees Wande Coal singing about "a cheeky woman who does anything in her power to get what she wants and live a very lavish lifestyle," a statement from the artists' reads. The Nigerian artist is backed by Juls' equally-lavish blend of afrobeats elements with a South African-house inspired beat.

Kuvieis the producer defining the new age of Ghanaian music. The talented beatmaker is at the forefront of the new school in Ghana when it comes to production. Featuring a unique take on afrobeats, Kuvie continues to craft hit songs for mainstream acts as well as emerging acts in Accra's vibrant music scene. In May he dropped his debut album, Gruvie Vol.1, which has to be one of the best projects out this year. Love, music and art blend in Kuvie's new visuals for "Energy," a dreamy track from his LP which features B4bonah and La Meme Gang member RJZ.

South African singer Wandile Mbambeni just released the visuals for "Kwakumnandi," the first single to his debut album of the same name. In the song, the artist reminisces about the good old days of childhood, when life was still simple; like when your biggest worry was making sure you passed in school.

Nigerian-born, London-based act Obongjayar comes through with a striking and, at times, frightening new visual for his latest single, ""Never Change." The new track, which is inspired by his youth in Nigeria, follows Obongjayar's previous piano-led ballad, "Adjacent Heart," and closes out a year in which the rising artist worked on the Mercury Prize-nominated Everything Is Recorded record. Obongjayar mentions that, "Never Change is inspired by growing up in Calabar. It's a reflection on growing older and seeing the world through a different lens, witnessing the corruptions and negativity that often surrounds us—and an attempt to maintain the innocence of childhood."

Da L.E.S enlists the services of AKA and Emtee in his latest single. The single, which is titled "Iced Out," sees the three superstars talking about their jewelry and money, with L.E.S crooning, "Balenciagas on my feet, you know I'm getting mine/ 'Cause you know my jewelry colder than the winter time." The song is highly likely to grown on you after a few listens, but compared to similar collaborations by L.E.S and AKA, it lacks the x-factor that made songs such as "Heaven" and "Real Stuff" the classics they are.

The Durban-based rapper Robin ThirdFloor continues experimenting with different production styles for his raps to float over. In this new EP, titled Isomiso, the MC teams up with Cape Town-based DJ and producer Mark Akol for three songs that take inspiration from grime, electronic music, kwaito and hip-hop. The MC spits sparse Zulu raps over quaking distorted bass lines and a selection of synths and pads. Isomiso sees Robin playing around with different flows, covering subjects such as weed, hustling and ambition.

The film Zerzura is promoted as "the first ever Saharan acid Western." It follows the story of a nomad's search for a magic city of gold. That desert journey is excellently soundtracked by Ahomoudou Madassane's(Mdou Moctar, Les Filles de Illighadad) free form guitar improvisations, which channel Tuareg blues guitars into ambient soundscapes. It's a serenely beautiful depiction of the desert.

South African gqom DJ and producer DJ Lag just released the visuals to his song "Drumming," from his EP Stampit, which came out in September. The song features UK jazz musician Moses Boyd, who handles the drums on the song. The video intercuts scenes of DJ Lag showing some dance moves in a dimly lit basement and Boyd playing drums. The music video was directed by South African photographer and filmmaker Chris Saunders.