AKA’s Latest Album Has Been Illegally Downloaded More Than 360,000 Times 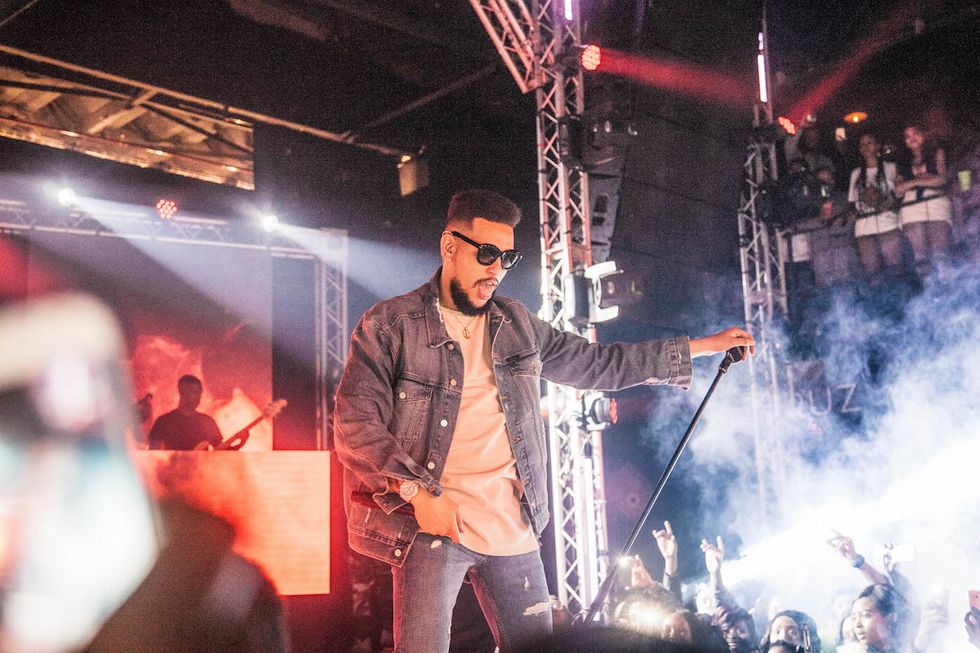 AKA's latest album Touch My Blood has been out for more than a month (it dropped on the 15th of June). The album has been downloaded more than 365,674 times on the free file hosting site DataFileHost alone. The numbers are obviously higher. This instance is from one upload. There are also other websites like Fakaza which are popular for making albums available illegally.

TMB went gold (15,000 copies sold) within its first week of release. But the rapper feels these numbers don't add up. In a Twitter rant yesterday, Supa Mega questioned why he has more than 3 million followers on Twitter, but struggles to move serious numbers in album sales.

THANK YOU TO THE PEOPLE WHO SPENT THEIR HARD EARNED MONEY TO SUPPORT ME. I KNOW ITS NOT EASY FOR EVERYONE, SO ESPECIALLY TO THOSE WHO USED THEIR LAST R100 TO COP, I AM FOREVER GRATEFUL TO YOU. 🔴
— AKA (@akaworldwide) July 25, 2018

The rapper went all out marketing what he says is his last album. He encouraged his fans to design the cover of TMB, in the #TouchMyBloodChallenge, a few months prior to release. Then there were billboards hanging over some of Joburg's busiest roads, and then he did a media run prior to release.

Low sales are not an issue that's unique to AKA. His rival Cassper Nyovest, whose three albums have all sold at least platinum (30,000 copies) also has millions of followers across Twitter, Instagram and Facebook, but he has never sold six figures (just like most popular artists in SA). Kwesta has the best-selling hip-hop album of all time in South Africa—his 2016 double album DaKAR II moved an impressive 210,000 copies (7 times platinum).

House music deity Black Coffee, speaking at an event in which he was introducing a new platform for up-and-coming artists yesterday, questioned why mega stars like Brenda Fassie and Zahara have never sold their albums in millions. Just like most of us, the DJ and producer doesn't have the answers.

So, AKA is not alone in this struggle. There are a lot of factors leading to low sales in South Africa. The most obvious one is, of course, poverty—55.5% of South Africa's population lives below the poverty line; surviving on less than R1000 a month. An album is R100… you do the math.

Supa Mega took a lot of flack from some tweeps who called him out for entitlement, while the Megacy (as his fanbase is known) tweeted pics of their hard copies of Touch My Blood.

Touch My Blood was one of the most anticipated albums of 2018 in South Africa. It featured the likes of OkMalumKoolKat, Yanga Chief, JR, Kiddominant, L-Tido and Stogie T, among others. Revisit our coverage of the album here.