Amadou & Mariam: There's Confusion All Over the World. 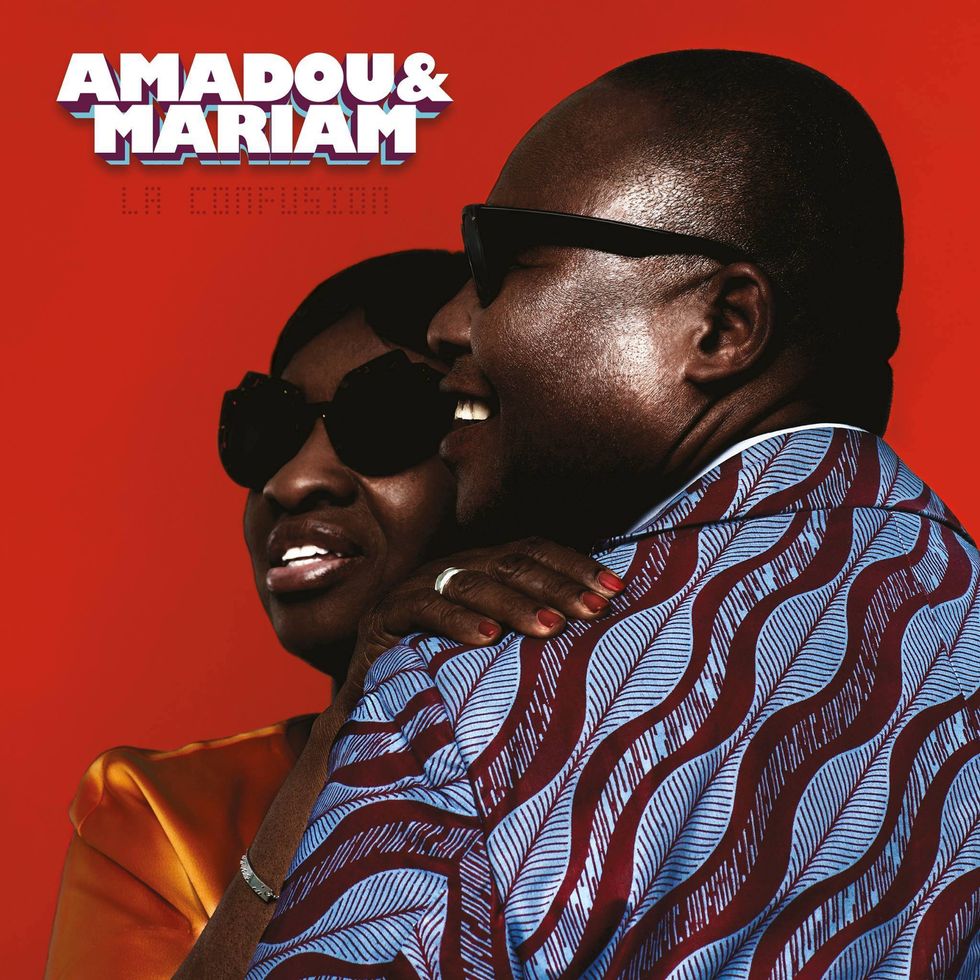 We talk to Malian duo Amadou & Mariam about their exciting new album, 'La Confusion,' and the current political climate.

The husband-and-wife duo imagine themselves as common people from their native Mali, immigrant workers who traveled to America for better opportunities, both angry and uninspired by their local realities and the world at large.

Amadou & Mariam collaborated with Parisian drummer and producer Adrien Durand, using the immediacy of electronic dance music to soundtrack these dire themes. The result is a vibrant and heartfelt dance record that echoes the magical qualities of the duo's 1998 debut.

We emailed Amadou & Mariam and asked about their exciting new LP.

Can you tell us a little more about how the two of you met at Mali's Institute for the Young Blind?


We first met in 1975 when I was 20 years old and Mariam was 15. I was already a musician I went there to learn braille and we met.

Why did you two start making music together? You released your first album almost 15 years after you first started collaborating

Mariam heard my voice at the radio and she really liked and the way I played the guitar. After meeting at the Mali institute, we realied we both we had the same dreams with music.

When listening to your new album, La Confusion, I can't help but think about the current political uncertainty facing America. But I imagine the inspiration for this record was much more localized. Do you see any parallels between Mali and America?

That's correct. We started to work on the things that were happening in our homeland, but then realized that they could be applied to a lot of other countries in the world. There is a confusion all over the world, and it's time to communicate, to talk and share ideas for a better future and understanding.

You've released eight studio full-length albums over nearly 20 years, and now have an international audience. Is this record geared toward a Malian audience, or did you have the rest of the world in mind?

Actually we wanted to sing about things happening that affects a lot of people and not only Africa. The important thing is the message and how we can share it around the world.

Your music has become widely popular among dance producers from all over the world. Have the two of you been listening to more electronic dance music?

We are open to all kind of music. The remixes included in our last EP was suggested by our label in Paris. It was really fun and nice listening to it and enjoying how our music can be reinterpreted by other artists.


How were you first introduced to La Confusion producer Adrien Durand? How much of a hand does he have in the direction of this album?

It was our label who suggested this collaboration. It was a nice work since he introduced a lot of music and keyboard. We liked very much working with Adrien in this album.

One of my favorite songs on the new record is “Ta Promesse." The lyrics refer to someone who left a promise unfulfilled, an individual whose absence is felt and missed at a local gathering. What inspired the song?

It's a song that tells tells the story of people that don't fulfill their own promises. Communication is important and words as well. We need to be frank with each other and try to solve things by talking and accomplishing goals.

Your newest video for the record's title track features young blind children. Do you still spend time and teach at Mali's Institute for the Blind?

We are currently living in Paris since our album is out and we are touring in Europe. But when we are in Mali we always have to chance to participate and support many activities and associations in Mali.