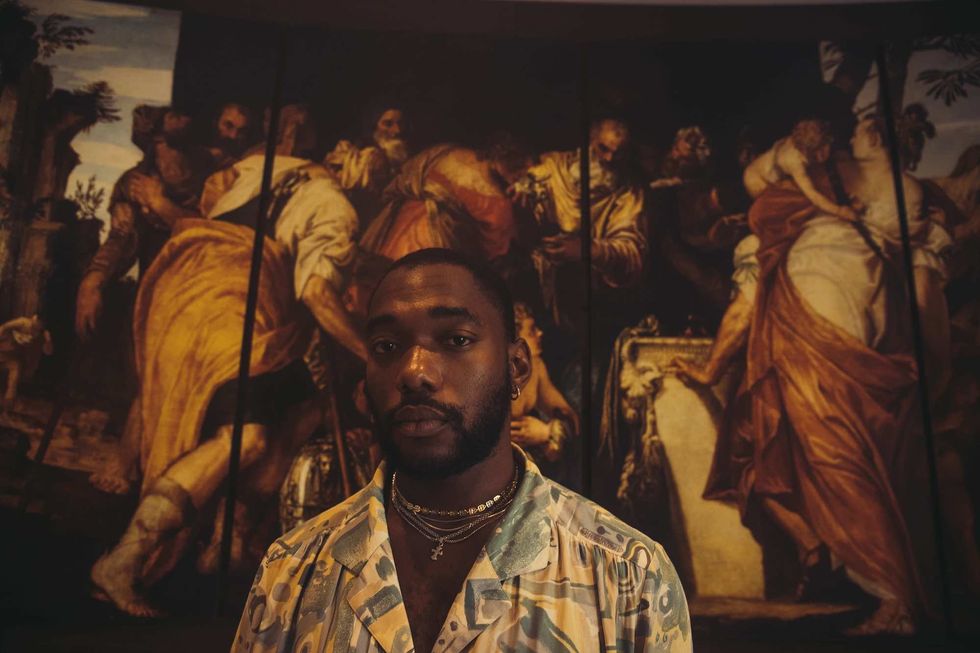 AYLØ. Image courtesy of the artist.

AYLØ is a rising rapper, singer & producer coming out of the same innovative Nigerian musical circles as the likes of Santi and Odunsi.

AYLØ, who we previously named one of the 6 Artists From the New School to watch, is now sharing his new mixtape dnt'dlt, a hazy and alluring ride through the artist's wide array of influences—from hip-hop to soul to jazz and more—all presented in his own new wave lens.

The 10-track project features up-and-comers like Fasina, PscyhoYP, Myquale, Mojo, Sugabana, and Cheso. Dnt'dlt includes the previously released single "Paris!," which was co-produced by Le Mav and Odunsi The Engine.

"The mixtape is about believing in yourself and your ideas," AYLØ mentions. "It's about maintaining confidence through it all you know. Like how the closest people to you sometimes are the ones that either don't believe at all or they catch on late… after you've already been struggling, having to hear all the condescending shit that might be said about you and your career decisions."

"Still it's your life and your existence, so no one can tell you who you are unless you tell yourself that as well. It only becomes real when you make it real. So whatever it is… dnt dlt. Fight the depression. Know you're not alone… and don't delete. Don't kill yourself, don't delete yourself, you are abundant. Stay Alive. Please. Love."

Listen to the new mixtape below.