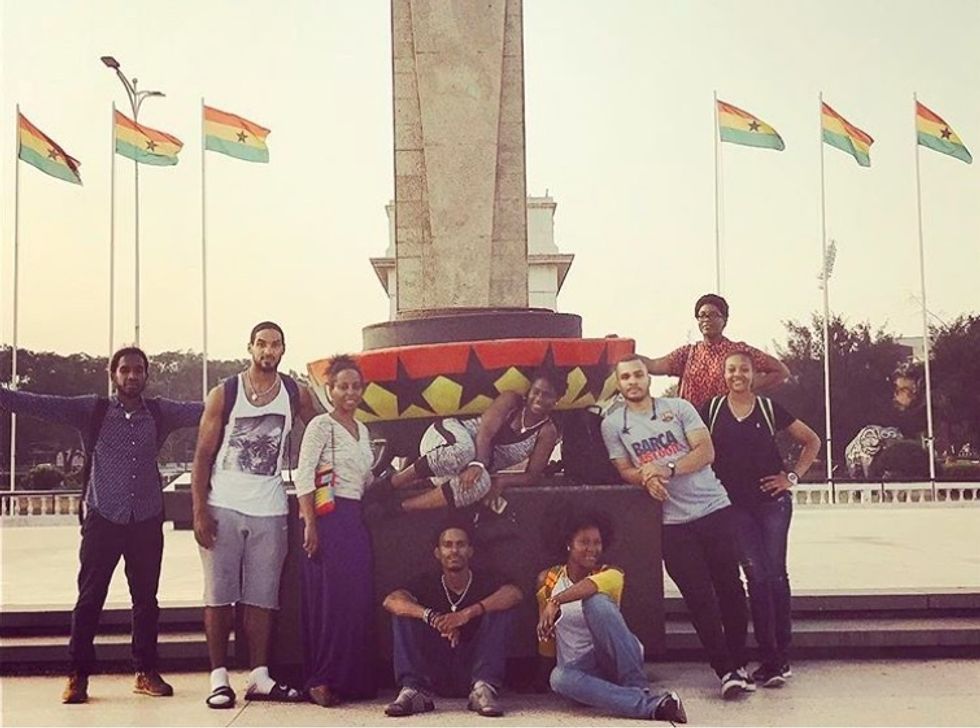 Birthright Africa is on a mission to reconnect Africa and the diaspora.

Wouldn't it be amazing if African descendants around the globe could reconnect with the African continent in a way similar to Israel's Taglit-Birthright program? Without the questionable politics of course.

That's what the creators of Birthright Africa creators Diallo Shabazz and Walla Elsheikh thought when they came together to bring the idea to life. After registering the domain Birthright Africa in 2005—Elsheikh, who grew up in Uganda, Sudan and Sweden—was given the push to take the project a step further once she heard from Johnson via Facebook. The two travelled to Ghana in 2016 and were able to finance a trip for seven young people to make the trip shortly after.

A new profile in The New Yorker, tells the full story of how the program came to be, and how it's steadily expanding to ensure that young black students are given a chance to visit the Motherland. They collaborated with the Black Male Initiative (BMI) at the City College of New York (CUNY), and now all members of the association between 18 and 30 are eligible to apply for a free birthright trip to the continent.

A major part of the program for its creators, is working to counter trite and oversimplified narratives about African countries and allowing for its descendants to experience it for themselves, especially following Trump's infamous "shithole remarks."

"So it's that much more relevant to dispel," Elsheikh tells The New Yorker.

"Because it really hits your soul," says Johnson. "We are not pushing a political agenda. But it's inherently political to educate and empower black people."

Read the full story via The New Yorker, and learn more about Birthright Africa via their website.