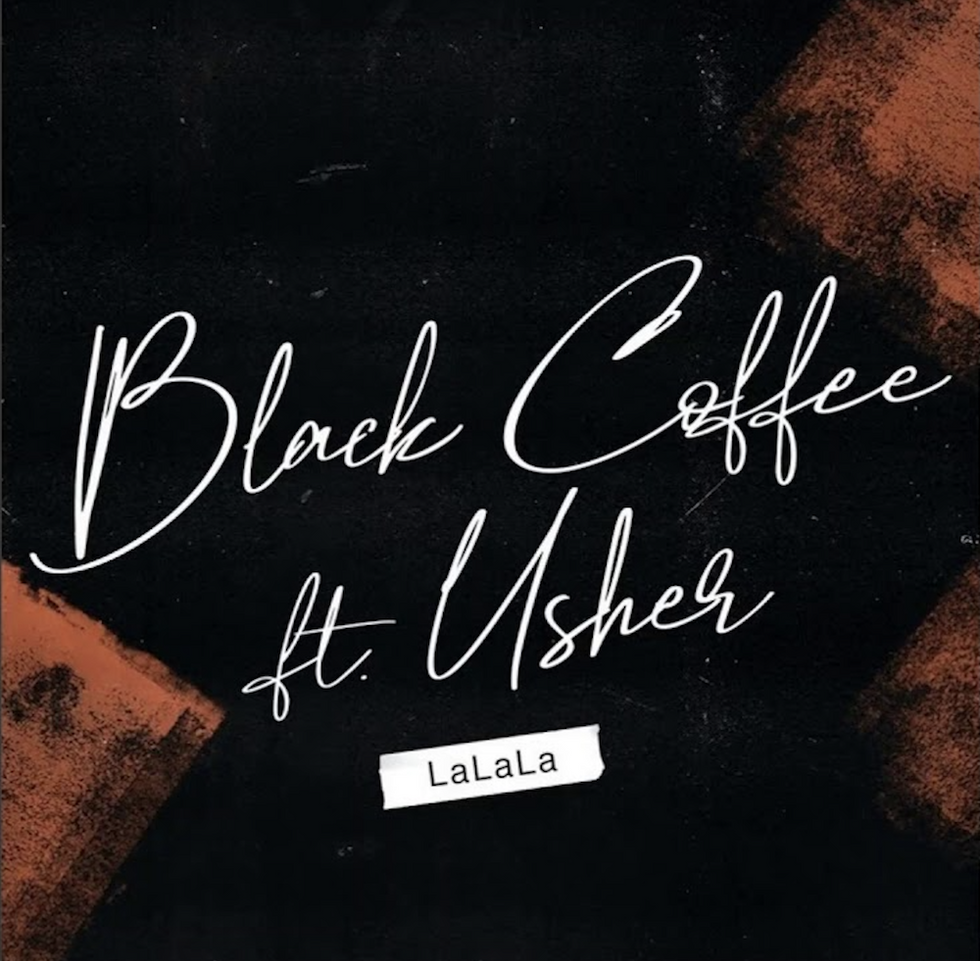 "LaLaLa" is a dance song that hints at the upcoming summer in South Africa. Just like with most of Black Coffee's productions, the song boasts sultry sophistication with a selection of en vogue electronic sounds.

Usher promises an intimate dance off, as he sounds at home over Black Coffee's production.

A collaboration from Black Coffee and Usher has been long overdue. In the past two years, both artists have been spotted together many times and even agreed on a joint performance at the Global Citizen Festival last year.

Usher once expressed his reasons for collaborating with Black Coffee for the concert: "Out of all of the times that I've come, I wanted to do something authentic for this region. And I felt like Nathi, Black Coffee is that."

"LaLaLa" was first previewed in December last year when Black Coffee shared a clip on Twitter of him and Usher listening to the song.

The two artists may potentially have one of the country's upcoming summer hits in their hands right now, but there was a time when chances of them collaborating were close to none.

In 2017, Black Coffee shared in an interview with Metro FM that Usher had rejected a beat he had sent to him because Usher felt it wasn't African enough.

After sending the song, he got a response from Usher's manager saying, "No, he thinks the song is a bit too modern, he wanted something African."

"I'm like maybe not," said Black Coffee. "I don't know what Africa is to him, but to me Africa is something different, we're not in the jungle right now, you know. Africa is different, Africa is a totally different place."

Well, clearly, Usher gets that now.