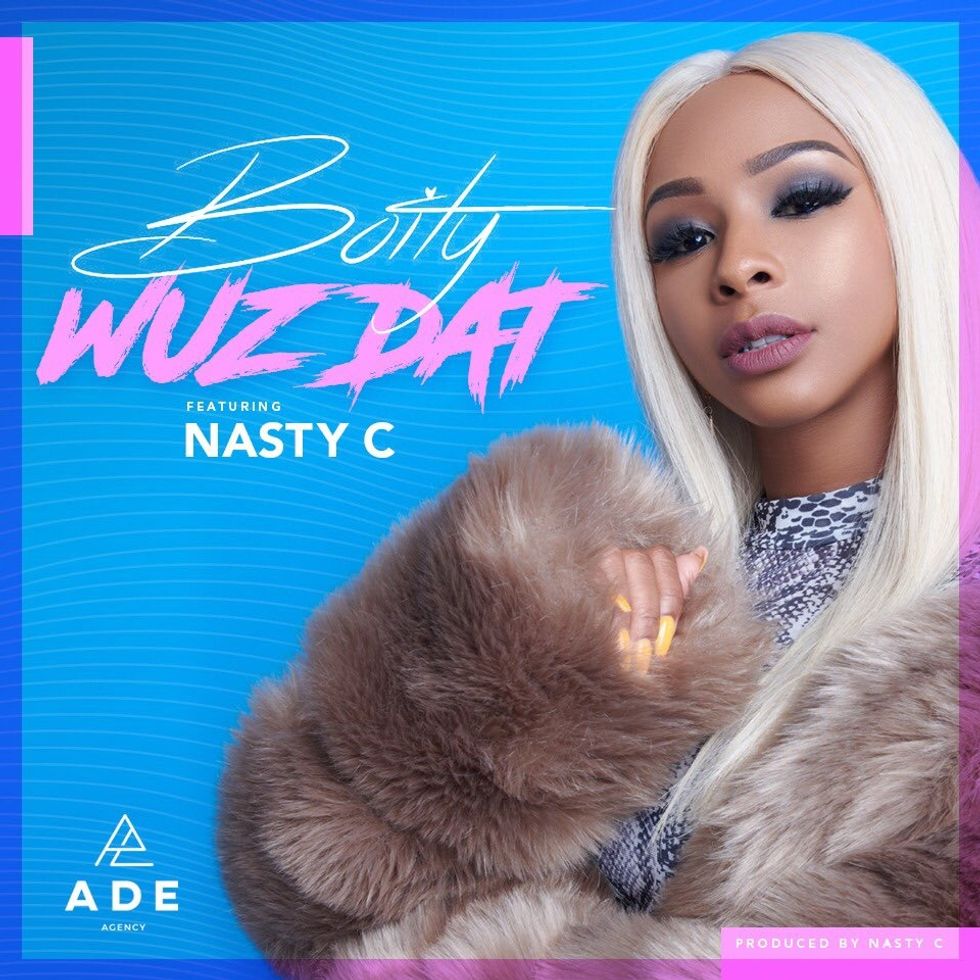 "Anyone can do anything that they want to. And I don't feel like I'm tainting anything."

Boity has always loved hip-hop. In an interview withSlikour On Life, she recalled a time when she was sitting to the rapper Khuli Chana during a flight circa 2014. "I was rapping along to, I think, a Jay-Z song, and I remember Khuli being like, 'we should do a song together,' but I didn't take it seriously, because I was like yeah, whatever," she said during the interview.

She revealed that Nasty C is the one who pushed her to take rapping seriously because he felt she got what it takes.

"Nasty was like, 'look you've got the talent, I've got a couple of songs for you, let's do it.' After he said it, I called him three weeks later, I was like, 'were you being serious?' And he was like, 'I do not play with music, I wouldn't risk that. So I want you to come into studio, and let's do it,' and I decided to do it, and a year later, here we are.

Boity agreed to being "guided" while making the song, and says the hip-hop community, especially women rappers, such as Gigi Lamayne, have been welcoming. The likes of Nadia Nakai and Rouge also tweeted positively about the song. Slikour, during the interview, revealed he was impressed by Boity's technical skills, especially her rapping on-beat.

Asked why she felt the need to rap, the personality revealed that she refuses to be boxed.

"Anyone can do anything that they want to," she said. "And I don't feel like I'm tainting anything. I am just exploring my passions, my space. Entertainment doesn't end where everyone says it should be. And for me, it doesn't end at TV presenting or acting, entertainment is a space that should be explored, and I'm exploring it, and everyone should be doing the same thing. I hope I'm inspiring young girls to explore whatever it is that they feel like they want to do, regardless of what people say; 'you should stay here, this is what suits you.' Do what you want, and that's what I'm doing. The big question is why not?"

Watch the rest of the interview below, and stream "Wuz Dat?" underneath.