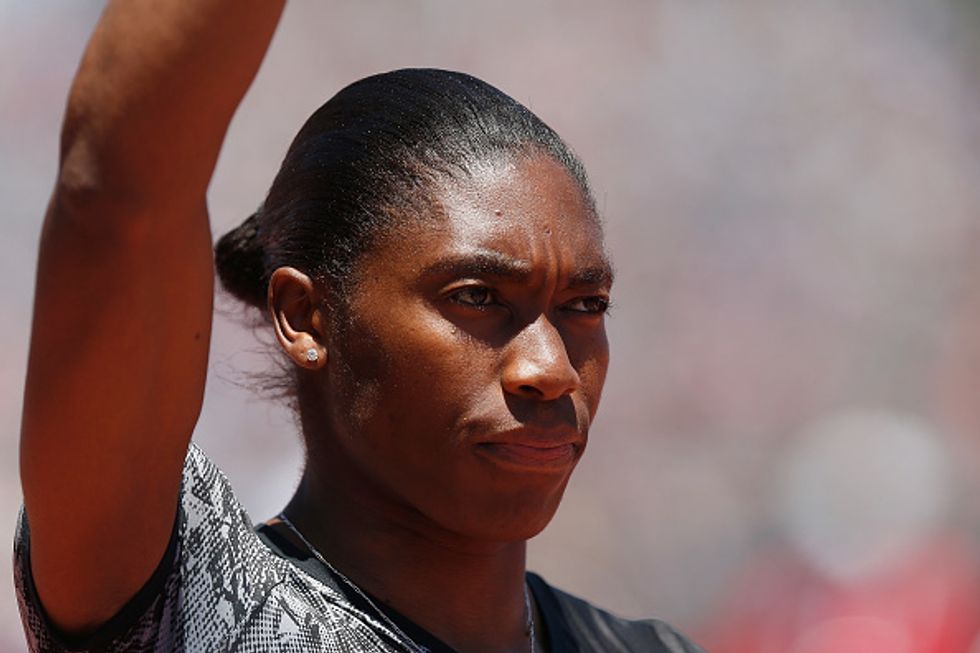 The athlete says her gender used to be questioned growing up.

Caster Semenya isn't new to her gender being questioned and used against her. The athlete recently shared that even as youngster she had to sometimes prove she was a woman as her teammates struggled to compete against her. "They started questioning, are you really a girl? One day, I walked naked into the change room [to prove to them]," Semenya was quoted as saying by The Sowetan.

The athlete was speaking at the Standard Bank Top Women Conference held at Emperors Palace in Kempton Park in Johannesburg.

The athlete, who also revealed she used to be a soccer player, shared some of the reasons she is as strong and fast as she is. She said she grew up with boys and walked long distances to school. She added that she used to train on sand.

"I think my parents raised me well," Semenya said. "They have never questioned what I do, my feelings, how I see life. They accepted me for who I am. They could see that this one was a little bit different. I did not like being in the kitchen, but being in the garden. I just wanted to give you background why I am tough, why am I fearless, why I do not care about what other people think about me."

The Court of Arbitration for Sport recently ruled against Semenya in her case against the International Association of Athletics Federations (IAAF) forcing female athletes to regulate their testosterone levels.

Semenya, always resilient, was quoted in May of this year as saying after the ruling: "For a decade the IAAF has tried to slow me down. But this has actually made me stronger. The decision of the CAS will not hold me back. I will once again rise above and continue to inspire young women and athletes in South Africa and around the world."