"I Salute It," Michaela Coel Pens Essay Praising Adele For Her Grammy Speech 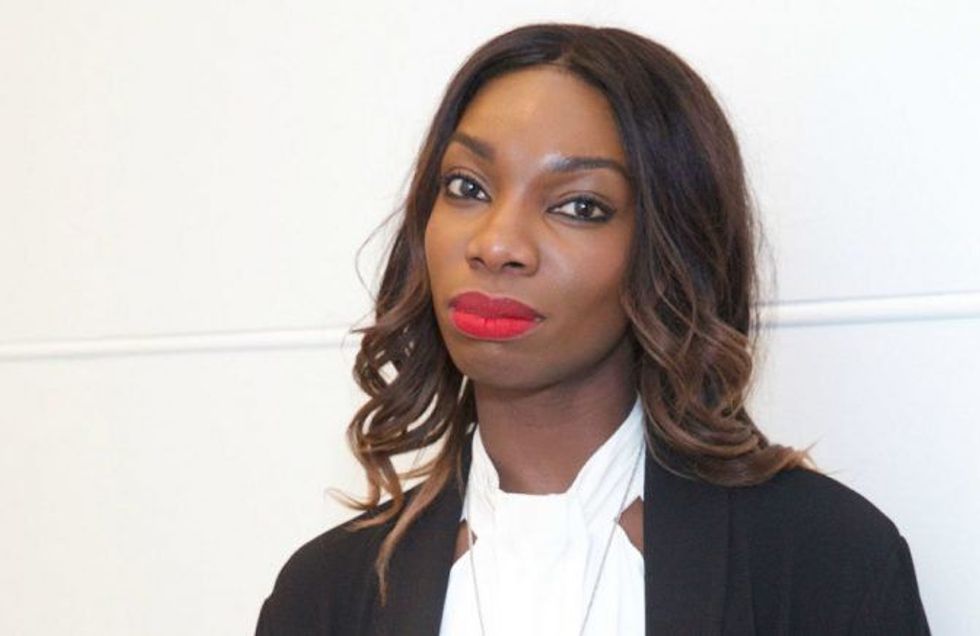 The 'Chewing Gum' star writes about the significance of Adele acknowledging her privilege after winning Album of the Year over Beyoncé.

The Grammys were last Sunday, and many of us were disappointed after tuning in and watching—for what seemed like the hundredth time—an undeniably deserving black artist get robbed of the Album of The Year award.

This year, Beyoncé's Lemonade lost to Adele's 25. The snub was obvious, even to Adele, who accepted the award with deference, calling Beyoncé "the artist of her life," and stating that she "couldn't possibly accept the award" given how monumental Lemonade was.

Today, MichaelaCoel, multi-talented creator and star of Chewing Gum,  shared her views on the matter in an essay entitled "Adele's Tribute To Beyoncé Was A Frank Admission of Privilege. I salute it."

She writes from her perspective as a black woman who, like Adele, grew up in a working-class London home. She shares her experience before diving into a discussion about representation, accountability, and intersectional feminism.

Below are some of the highlights. You can ready the full essay via The Guardian.

On growing up working-class and the significance of Adele's speech:

I thought about life on my estate. Yes, not everyone got on; yes, I was the victim of racist attacks as a child (and even still as an adult), but poverty was no respecter of race – there was an affinity between myself and the white girls in my school, on my estate, in Tower Hamlets. And the knowledge of that gave me a sweet sense of nostalgia at Adele’s speech.

Her experience of life as a working-class female gave her the ability to see that some black people felt things listening to Beyoncé’s music that white people could not. I bet Adele is probably used to being the one at a disadvantage in comparison with her female caucasian counterparts from wealthier backgrounds in the entertainment business. She’s used to knowing her lack of familiarity with the highbrow cultural norms that suffocate the creative industry makes her different in ways that means she may not always “win."

On the importance of intersectionality:

That’s why feminists sometimes argue across lines of race, gender, trans-identity, sexuality and finance. It’s why misogynoir was created, because for black women misogyny was, at best, half their problem. It’s why a great female comedian such as Amy Schumer is often seen giving many fucks about the perils of being female but zero when it comes to those poor and/or brown. It’s why we celebrate Equal Pay day to highlight the additional four months (in the US) it takes for a woman to make what a man makes in a year. But that’s for a white woman; for black women it’s an additional seven months.

And it’s why while black people celebrated the brilliantly complex portrayals of black women in Orange is the New Black, we blissfully avoided thinking about its unimaginative, poorly developed Asian characters. Accepting privilege is hard.

Do you have an Amy Schumer in your life? Weed her out. Highlight your sensitivity and disappointment in her for partaking in the micro-aggressions and subtle forms of prejudice that are quietly poisoning the era of progress and equality in which we live. And those of us who are content creators have a duty to make room for those we know are less privileged than we are.

Adele did the best thing anyone of privilege can do: she admitted, she spoke. Because Adele is not an appropriating thief – she’s a queen, with a genuine desire for solidarity.