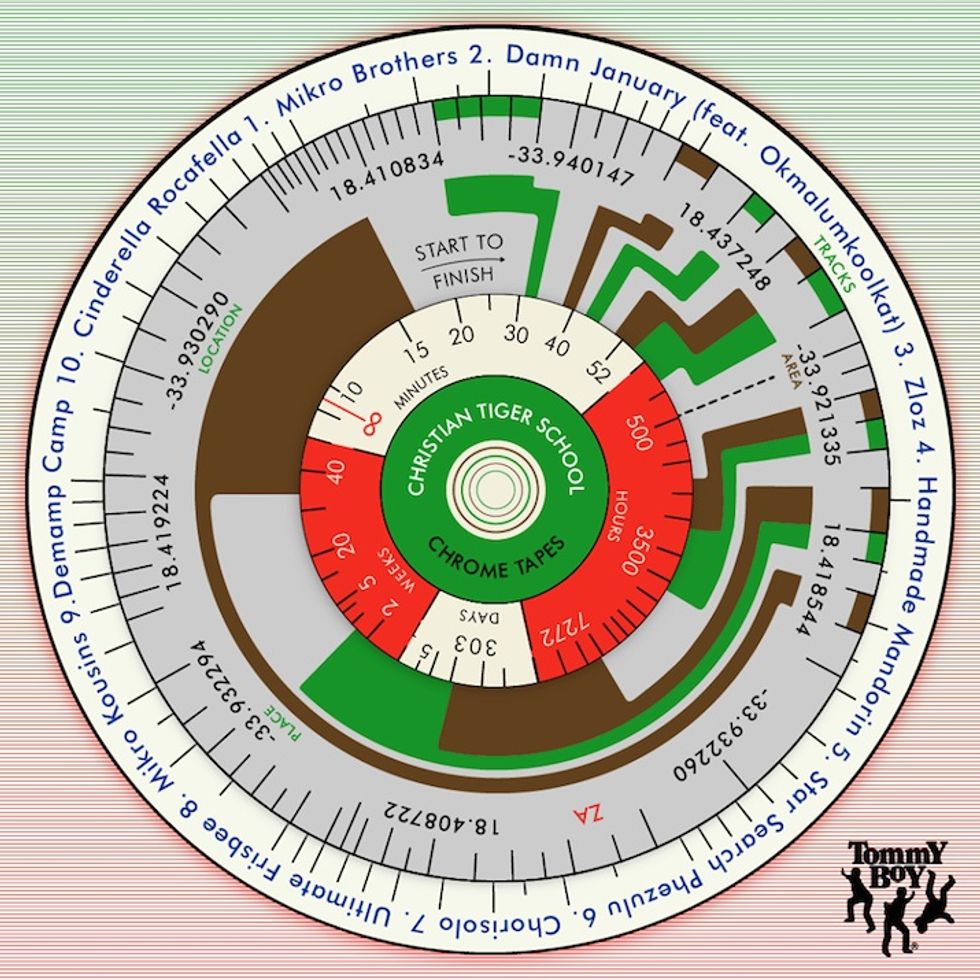 After teasing us with the visuals for their two lead singles "Cinderella Rocafella" and "Chorisolo," Christian Tiger Schoolhave now officially released Chrome Tapes, their debut LP on Tommy Boy Entertainment. According to the Cape Town-based production duo of Sebastiano Zanasi and Luc Vemeer, the new album is the result of a process of explorations in tempo, sounds and textures with a touch of melancholy added to the mix.

In our most recent interview with Christian Tiger School, the group shed some light on the creative process behind Chrome Tapes and revealed that their sources of inspiration had expanded from the L.A. beat scene into the realms of techno, house and experimental electronic music: "We weren’t actually listening to that much hip-hop during the writing of this LP. Instead we got influenced by a lot of dance music and other genres and in turn, this album is as equally electronic as it is hip-hop driven." The LP also features a guest appearance from Okmalumkoolkat spitting over a haunting beat on "Damn January."