'Dandy Queens': A New Editorial Points A Lens At The Female Black Dandy 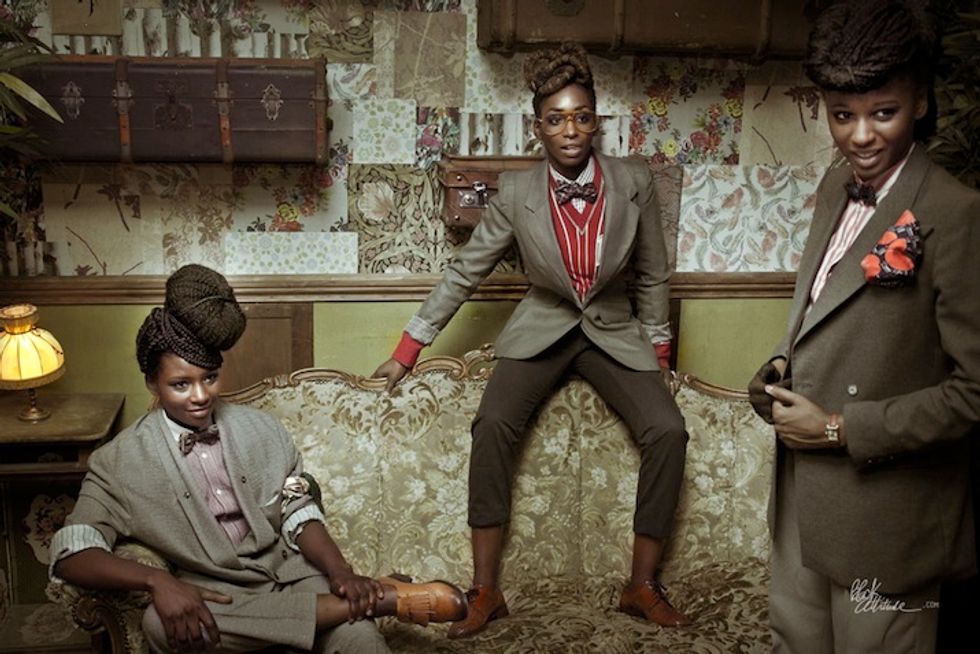 In recent months we've noted two bodies of work that shine a light on the worldwide rise of "black dandyism." First there was Ariel Wizman and Laurent Lunetta's 55-minute Black Dandy documentary, which aired on France's Canal+ in March. Next there came news of the Museum of Contemporary Photography in Chicago's Dandy Lion: (Re)Articulating Black Masculine Identity. The series, which is on view through July, touts itself as the first comprehensive exhibition of its kind through its spotlight on young men across the Diaspora who are defying stereotypical and monolithic notions of “Black masculinity” with the way they dress.