'Daughters of the Dust,' the Seminal Film That Hugely Inspired Beyoncé's Lemonade, is Back in Cinemas 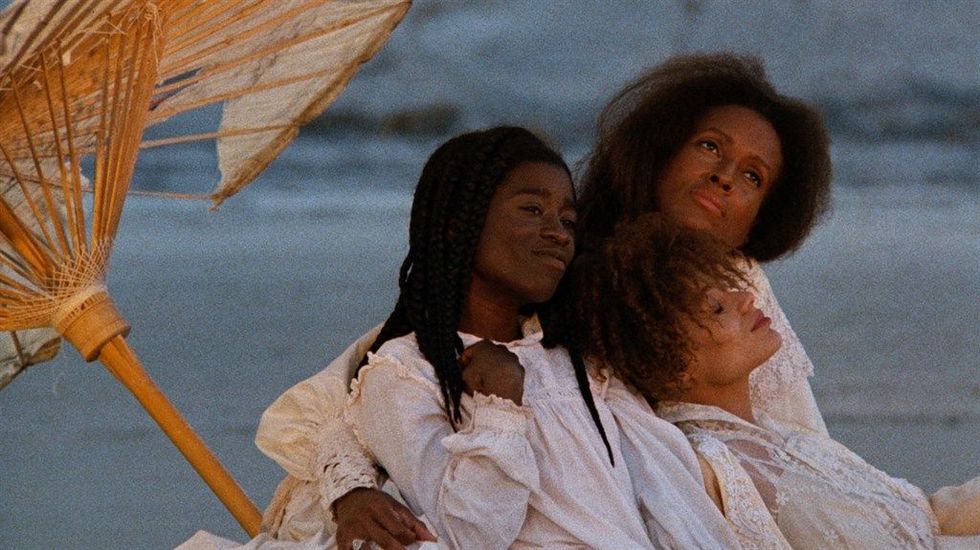 Julie Dash's 1991 film ‘Daughters of the Dust’ made history in 1991 as the first wide release by a black woman filmmaker.

When Daughters of the Dust debuted in 1991 it made history as the first feature film directed by a black woman filmmaker to be distributed theatrically in the United States. 25 years after its historic release, the movie re-emerged in the pop-cultural landscape thanks in large part to Beyoncé.

Even if you aren’t familiar with the name, there’s a good chance you’ll recognize the film’s jaw-droppingly gorgeous Southern gothic aesthetic as re-imagined in the Lemonade visual album (and in the recent standalone music video for “All Night”).

Writer, director, producer Julie Dash’s seminal work, a deeply poetic, sumptuous piece set in 1902 on the Sea Islands off of South Carolina, tells the story of a multi-generational family in the Gullah community—former West African slaves who adopted many of their ancestors’ Yoruba traditions—as they struggle to maintain their cultural heritage and folklore while contemplating a migration to mainland America.

The film had its premiere at Sundance 1991, where it was nominated for the Grand Jury Prize and walked away with the festival’s Cinematography Award. (You may know the film’s prolific cinematographer, Arthur Jafa, from his work on Solange’s A Seat at the Table music videos.)

When the world went full Lemonade mode back in April, a new generation became exposed to Dash’s groundbreaking portrayal of black women at the turn of the 20th century. It was around that time that Cohen Media Group revealed its plans to release a 25th anniversary restoration of Daughters of the Dust—in conjunction with UCLA and with a proper color grading overseen by Jafa—beginning with a screening at the Toronto International Film Festival followed by a full theatrical run in November.

The 25th anniversary restoration opened at New York City’s Film Forum on the 18th of November (it's still playing there) before heading to Los Angeles, Chicago, Detroit and Toronto last Friday. It opens in a ton more theaters throughout North America as of today. Check out the full list of screenings below.