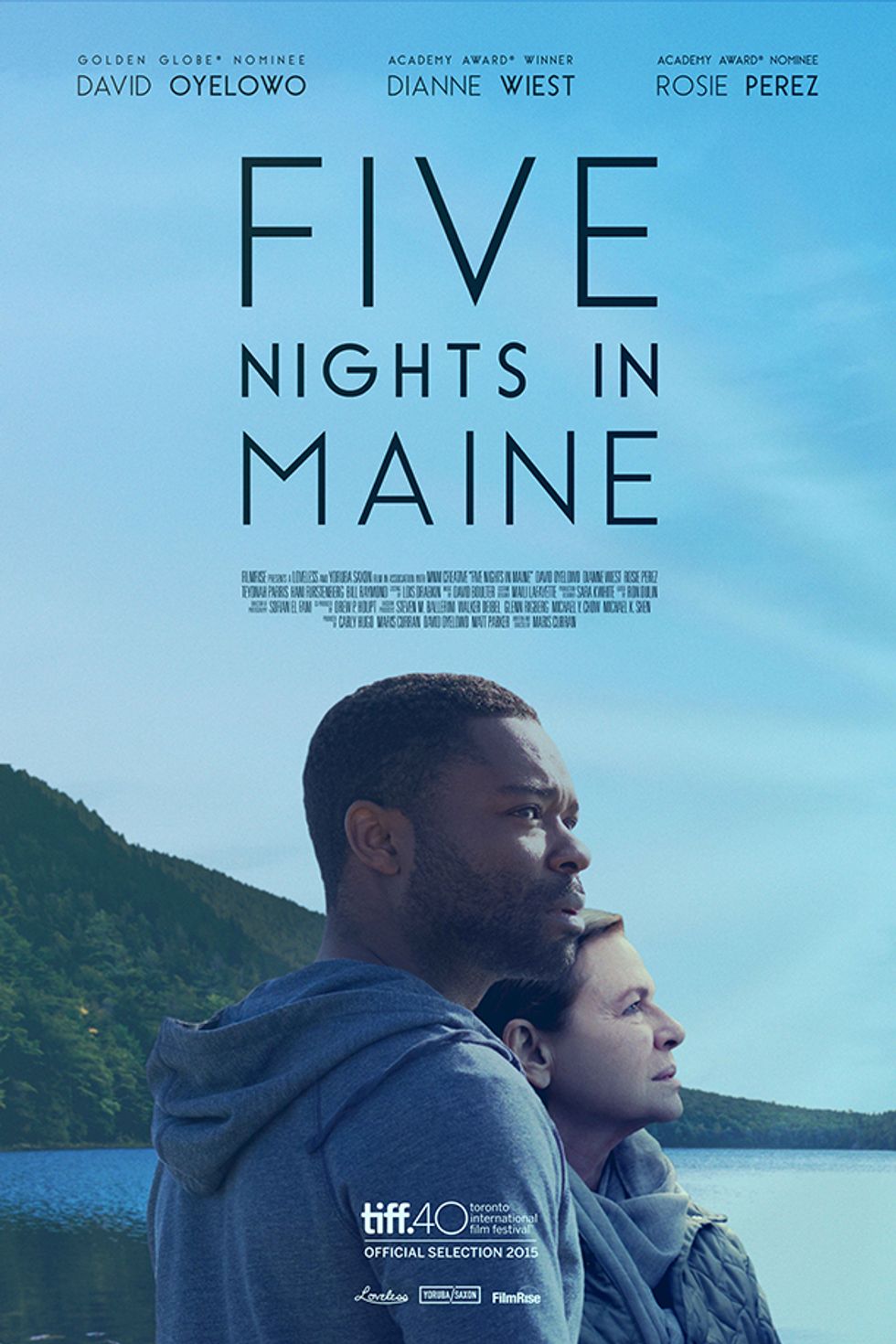 In Five Nights in Maine, Oyelowo portrays a bereaved husband who travels to the backwoods of Maine with the hope of reconciling with his estranged, white mother-in-law played by two-time Oscar-winner Dianne Weist.

Entertainment Weekly reports that the Golden Globe nominated actor can thank his Selma director Ava DuVernay for connecting him to the project.

DuVernay introduced Oyelowo to Maris Curran, the Five Nights in Maine director, at the 2012 Sundance Film Festival. It was through that meeting that Curran handed Oyelowo the screenplay that she had written with him specifically in mind. She delivered a story that Oyelowo says has been one of the most emotionally challenging projects he has brought to the silver screen to date.

"I’m always looking for stories that scare me and challenge me and make me take a pause to wonder if I can actually achieve this," Oyelowo tells EW. "And page after page of this script I wondered if I could portray this man who is going through so much — and do I dare expose myself to such fragile and vulnerable terrain?"

Along with creating the headspace of a husband grieving the sudden loss of his white wife in a car accident compelled to grapple with a cocktail of emotions he feels toward his prejudiced mother-in-law, Oyelowo had to confront the isolation of Maine’s wilderness as a British-born, Yoruba Nigerian man.

"We were in very remote, very beautiful Maine. And you could go a long way and not see another person of color. People notice when you’re there as a black person," Oyelowo explains to EW about the 19-day film shoot. "And part of the backdrop of the story is that my character and Dianne Wiest’s character are very different people with different experiences, but they have this one huge element of their lives in common. My character’s wife happened to be her daughter. That is the only connection they have, but it’s very real. And that was a very ripe circumstance for drama to ensue."

Director Curran, who is sitting in the director's seat for the first time, adds, "It’s a ruggedly beautiful place, and it’s also the poorest, whitest place in the northeast. It’s a landscape where a character like David’s could find solace while also feeling quite alien."

If you’re an Oyelowo fan and race-focused dramas whet your viewing appetite, check out the poignant trailer below for Five Nights in Maine, due out in theaters with limited release on Aug. 5.