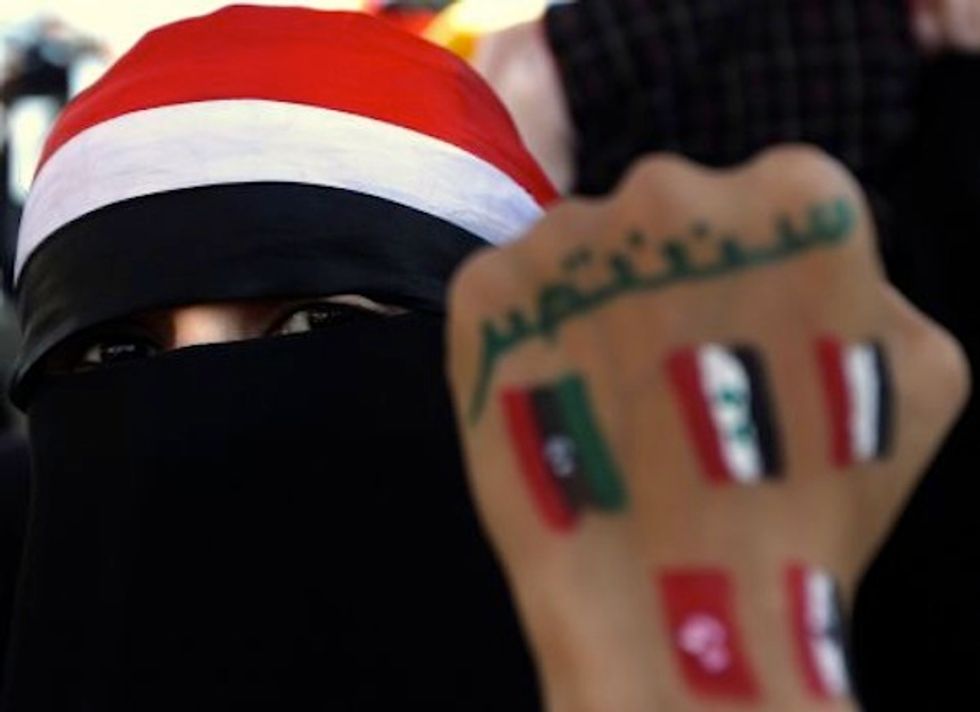 On Tuesday, Israel killed Hamas military leader, Ahmed Said Khalil al-Jabari, by airstrike. In the aftermath, Gaza Strip has faced Israeli air strikes leaving 15 dead and at least 120 injuries; Palestinian militants have also shot rockets into Israel killing 3 Israelis. We're just at the beginning of this round of violence between the two territories, but in a spare moment, it's worth taking a step back from what's happening between Israel and Palestine and taking a closer look at what's happening within Israel's borders. That's what the new Al Jazeera Activate series provides in the short film "Israel: No Place to Go" directed by Yotam Feldman. The film follows the journey of Eritrean refugee Isayas as he tries to organize other Eritrean refugees seeking asylum in Israel, against the construction of an immigrant detention center (construction completed just last month). In the West particularly, we turn a blind eye to Israel's consistent practice of injustice against Palestinians. But it's especially interesting to engage with Israel's immigration policy, which the film displays as: "Infiltrators, get the hell out." We're not joking. When Isayas travels to a cemetery that rests the bodies of asylum seekers (typically from Africa) one tombstone actually reads "unknown infiltrator." This short film provides a captivating insight into how Israel practices democracy, racism, and xenophobia all in one - It's  24 minutes but it's absolutely worth it. Spoiler alert: We teared up a bit towards the end.

2. Arab Spring: Will It Ever Drift South?

A nine year old poses a valid question to Abdulrazaq Magaji, which he ponders in his recent article for Pambazuka News: "Could all that happens on AlJazeera in the Middle East happen in Nigeria?" In this piece, Magaji provides a quick recap of the failure of African leaders through Sub-Saharan Africa (SSA). He observes that while Arab leaders are on their toes, especially as the second anniversary of the Arab Spring approaches, leaders in other parts of the continent are chillin'. When Magaji responds to the child, he tries to give a diplomatic response: chances of an Arab Spring south of the Sahara are slim. But like the incessant child she is, she wants follow up to which Magaji can only provide an exasperate disappointment: "Because Africans, especially we black Africans, do not see the need to die for a cause we believe in. We may murmur, insinuate, complain and raise all the dust in the Sahara but at the end of the day, we end up honouring and celebrating treasury looters. This is why you are not likely going to see people on the streets to protest bad government policies." This article provides a somewhat cynical, but effectively critical examination of governance in SSA, and perhaps most significantly continued acceptance of "mediocrity in leadership."

3. Africa: How to Be An Expert

"Thinking Africa" is complicated, normally requiring years of trawling through thousands of books on economics, history, social science, anthropology and politics. But luckily according to Duncan Clarke in his article for the Guardian, this task has been simplified for us by "Africa experts." He sarcastically refers to great African economists such as "Bob Geldof, Bono, Madonna, George Clooney, Angelina Jolie or whoever might next walk the Hollywood red carpet". To be an expert you must without fail, "never mention state inefficiencies, infrastructural mayhem, energy outages, failed or failing states." And of course the best piece of advice: "Never over complicate Africa, it is "one" after all." Clarke's close is flawless: "Above all, remember that Africa is a construct of 19th Century Europe's imagination and Africa's 20th Century mythologies: or is it the other way around? Sometimes it's hard to recall." This article, in context of Bono's wonderful speech for the The Atlantic's Washington Ideas Forum, is absolutely perfect. (We hope you're catching the sarcasm. Except for Clarke's article. That is actually amazing.)

Human Rights Watch has a new report investigating child domestic labor in Morocco. The report is 73 pages, and "finds that some child domestic workers- who are overwhelmingly girls-toil for 12 hours a day, 7 days a week, for as little as $11 a month. Some girls told Human Rights Watch that their employers frequently beat and verbally abused them, denied them education, and sometimes refused them adequate food." The report tells a story that is sadly not uncommon throughout the continent- what is unfortunate is that child domestic work remains a taboo topic. If you don't have the time to read through the 73 page report, at least take a look at this brief, but in depth article summarizing the major findings of child domestic labour and how current legislation in Morocco, and other parts of Africa is still not adequately addressing the continued abuse of children.

What's up with the military this week? First David Petraeus resigned as CIA director because of an extramarital affair…Then Gen. John Allen was investigated for potentially inappropriate communications with Jill Kelley, and on Monday, the former head of U.S. Africa Command (General Ward) has been demoted for spending thousands of dollars on lavish travel and other unauthorized expenses. Acting like a true African leader…(just kidding). The article published by the Washington Post claims that "Ward used military vehicles to shuttle his wife on shopping trips and to a spa and billed the government for a refueling stop overnight in Bermuda, where the couple stayed in a $75o suite." It doesn't look good for Ward as his explanations aren't adding up. Take a look to get the full picture of how General Ward was spending his time and U.S. government funds.

Check back next week for more stories!