Dele Sosimi On 'You No Fit Touch Am,' His First Album In Nearly A Decade 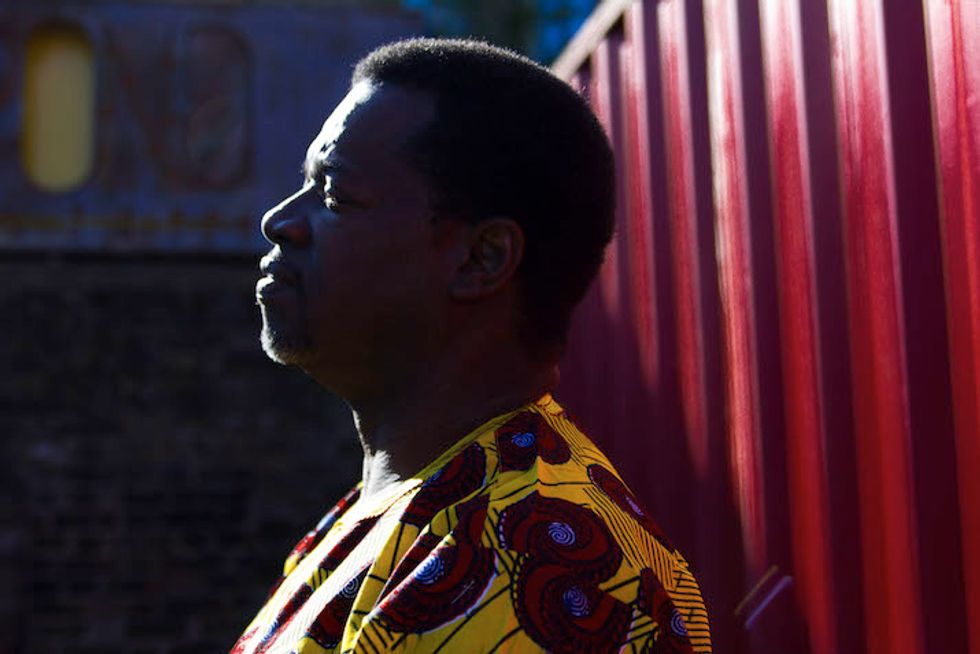 We speak with afrobeat ambassador Dele Sosimi and premiere the stream of his new LP 'You No Fit Touch Am,' his first in nearly 10 years.

Dele Sosimi is one of the leading forces carrying the torch of afrobeat. A longtime keyboardist for Fela Kuti‘s Egypt 80, bandleader for Femi Kuti‘s Positive Force, and the founder of his own orchestra, Sosimi is preparing the release of his new album 'You No Fit Touch Am,' a 7-track collection of compositions that are steeped in socio-political messages and showcase classic 1970s Lagos songwriting. Okayafrica spoke with Sosimi via e-mail about the concept behind the new full-length, his first in almost a decade. Read our interview with Dele Sosimi and stream our premiere of 'You No Fit Touch Am,' due May 25 on Wah Wah 45s, below.

Okayafrica: Tell us a little about the background of You No Fit Touch Am? How did it come about and what's the concept behind it?

Dele Sosimi: [The] Literal meaning is “You cannot touch it.” On a conceptual level "the thing is too cool," "too tasty to be messed with," "you can't even come close," "it is beyond you." "The jam just baaad," "don't look at it with common eye," with regards to what I do, what we do, the experience we provide, the spirit of music. You can feel it, hear it, dance to it, be hypnotized, captivated, entranced and transformed positively or negatively and in some cases healed by it, sometimes also catch a glimpse of it in your mind's eye. [It's] based on Afrobeat Vibration, my bi-monthly event in London over the past six years (now in its seventh), where this realization became apparent following observations [and] feedback... resulting in the inspiration to write a song acknowledging the powers of the spirit or spirits you can't touch. It is also a clarion call to allow your self the luxury of being musically moved, grooved, rocked, funked, shocked, bathed, clothed and cleansed instead of resisting and hating.

OKA: How come it took 10 years for you to release another full-length?

DS: Having self-produced and self-released Turbulent Times and Identity, I had made up my mind the third time around would have to wait for the right conditions, [the] right record label at the right time with an offering of a clear development of the afrobeat idiom... an important restatement of what afrobeat is about, in the current scene where the term is used quite indiscriminately (and unfortunately confused with the rather more superficial “afrobeats”). I strongly believe this is now the case.

OKA: What message does the album title You No Fit Touch Am carry?

DS: It has a multi-faceted possibility of messages depending on which angle you look at it from. Spiritually: be open, tolerant and aware, appreciative and humble. Musically: there is a jewel of infinity contained here that will most likely be missed by many, who lack the ability to see the greatness in small things. On the other hand, beauty will be discovered and found here by many.

OKA: What are the socio-political influences behind the album's songwriting?

DS: Mainly the state of things worldwide today with songs like "Na My Turn" (elections worldwide with special attention on so-called democracy in Africa pre and post elections), “E Go Betta” (despite facing abject poverty the admirable spirit of resilience and resolve to carry on [and] soldier on with the song of hope for a better tomorrow), “We Siddon We Dey Look” (Ferguson incidents, Boko Haram, ISIS and most recently xenophobia), “Where We Want Be” (the intolerance prevalent in world society with the message being bring love back BIG TIME!), “Sanctuary” (in line with Fela’s “Music is the weapon of the future” message — in this case music being the 'Sanctuary' where you recharge your batteries to keep on) and “You No Fit Touch Am” as earlier indicated.

OKA: What do you think of the state of afrobeat today?

DS: I hardly think about it. I just appreciate the worldwide appeal, appreciation, influence and continuum as much as possible and, where practical, play a number of roles based on my commitment, understanding and experience.

Pre-order Dele Sosimi's 'You No Fit Touch Am' on Bandcamp and iTunes.

The Bullingdon - 29th May ~ Oxford