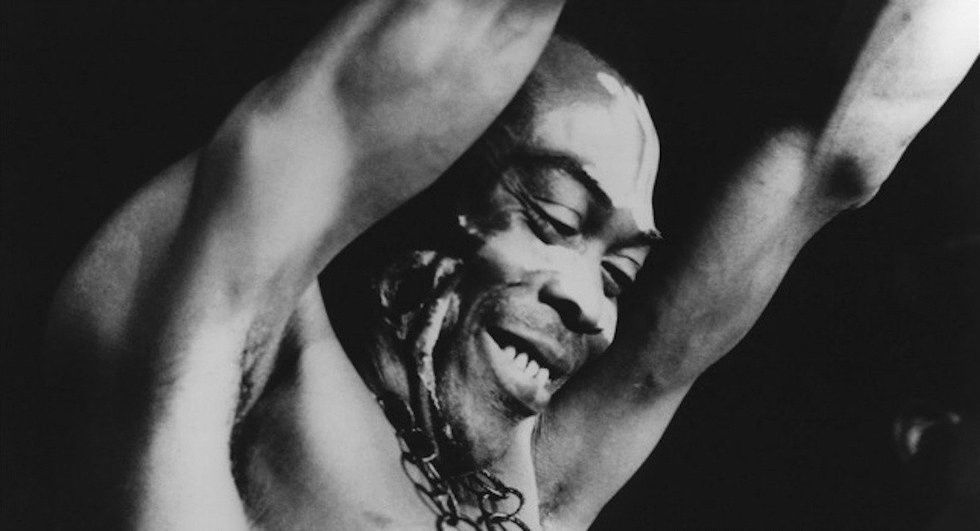 Diddy's been posting about his love for Fela all over the internet.

Great men are obsessed with many things; Their money, the power that comes with it, the endless options they possess to alter and improve their human experience, and above all the feeling of invincibility that wealth and power provides.

But they are also obsessed with one more thing, which interests them more than anything else: Other great men. Great men follow each other, congregate in each other's presence, learn from themselves, make each other their business, and above all, consume their products. The same way Diddy is obsessed with Fela's music.

Diddy loves Fela Anikulakpo Kuti. The pioneer of the afrobeat genre, Fela is regarded as the father of modern Nigerian music, due to elements of his art constituting easy raw materials for today's generation of musicians. He was famous for his political activism during the country's era of military dictatorships, and his the expansive themes of his music preached for black pride, black emancipation, and most importantly black excellence.

Diddy is black excellence. A leading member of the Black community, Diddy has spent decades in the music industry, crafting hit records, raising and nurturing stars, improving the sound, and winning at business. According to Forbes, he is worth over $820 million, with his lucrative deal in Diageo's Ciroc, as well as huge stakes in TV network Revolt, and alkaline water brand, Aquahydrate and tequila DeLeon. His work has had him win numerous awards, and he's pushed the culture to millions of people around the world. That's why it matters that such a man would fall in love with Fela Kuti.

The evidence for this is all over the internet. An engaging clip shows him in an exotic location with French Montana, turning up to Fela's "Let's Start." In another video, he joins forces with Joe Budden to rock to "Fear not man," a record released in 1976, during the height of Fela's legendary music career. Also, recall March 2018, where a viral clip hit the internet of Diddy and Naomi Campbell, looking dapper before the 2018 Oscars, pose for photos, while Fela's music provides good vibes and energy.

It's a beautiful site to see for two major reasons. The musical genre afrobeat originated in the 1960s and 1970s as a blend of traditional Yoruba music with jazz, West African highlife and funk. The direction of Fela's music didn't come from a deep understanding of Nigeria. The flames of activism were lit by Sandra Smith Isadore, a woman he fell in love with in the US, during his search for artistic direction as a young creative seeking opportunities for expression. She introduced him to black struggle and guided him as he studied for purpose in his life and art.

During the course of their relationship, Fela was introduced to a number of political and musical viewpoints by Isadore, and those ideas profoundly influenced his musical approach and mission.. Fela became familiar with the political ideas and rhetoric of African-American political and cultural figures such as the Black Panthers, Kwame Toure (Stokely Carmicheal), Angela David, Martin Luther King, Elijah Muhammad, Jessie Jackson, and Malcom X.

"It's crazy; in the States people think the black power movement drew inspiration from Africa. All these Americans come over here looking for awareness. They don't realize they're the one who've got it over there. Why, we were even ashamed to go around in national dress until we saw pictures of blacks wearing dashikis on 125th street," Fela is quoted by Michael Veal, in his book 'Fela: The Life and Times of a Musical Icon.'

So technically, Fela found his true purpose in the USA. He simply returned home to execute, and met oppressive rule by black dictators on black people in his country. Combating that became his primary objective, and that activism still stands as his proud legacy.

Interestingly, many years after his passing, his music continues to inspire many after him. Diddy, celebrates with it at key moments, presumably not solely because of the musical quality, but also due to what the sound represents; freedom, equality, growth, emancipation, and the thriving of black people in all spheres of existence, and wherever they may journey in life.