Ebola On The Ground, Part 4: The Decontaminator 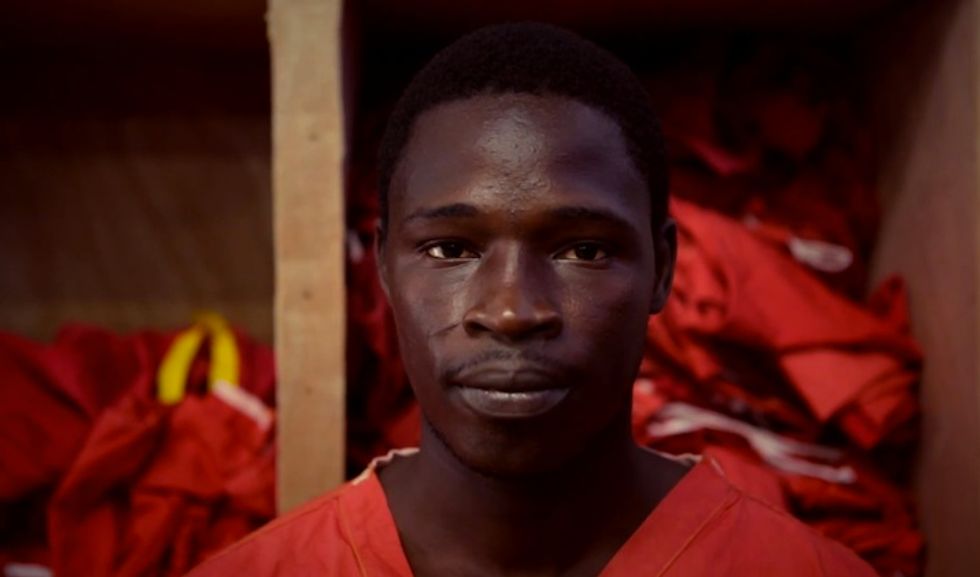 Part four of Ebola On The Ground reveals an intimate portrait of a footballer who has taken a job as an Ebola Treatment Center hygienist.

This is Part 4 of Okayafrica and Ebola Deeply’s multi-part ‘Ebola On The Ground’ video series. See Part 1: The Outbreak In Sierra Leone, Part 2: The Tacugama Chimpanzee Sanctuary, and Part 3: The Ebola Surveillance Team, and Part 5: Tokeh Village.

This week’s episode of Ebola On The Ground, "The Decontaminator," reveals an intimate portrait of Mohamed Bailor Bah, a footballer who has taken a job as an Ebola Treatment Center hygienist tasked with disinfecting the highest risk wards at a medical facility not far from his home in the fishing village of Tokeh, just an hour outside Freetown. “At first my family, everyone, they were afraid of being with me,” Mohamed tells us. But he was able to explain that given his training and extreme caution, he has more reason to fear them: "'I’m afraid of touching you, because I use the preventive measures. But you don’t have chlorine everywhere in the village. I wash my hands, I’ll do everything, every step they told me to do in the ETC. So I’m afraid of touching you guys even. Don’t be afraid of touching me. I’m ok.’”

Comparing the virus to his memories of the rebel war that ended in 2002, he explains why he finds Ebola a more formidable enemy, “the rebels, you can see them. And sometimes before they attack you can have information from people. But the virus won’t tell you, ‘I’m coming to this town.’” But Mohamed struggles with the pain and suffering he’s seen in the wards, wishing he could somehow heal the patients himself. “You feel like getting powers of your own to give people energy and strength to walk up from that sickbed,” he confides, adding, “it’s so bad, it’s so hard to see.” But while the slightest mistake in Mohamed’s new line of work could get him infected with a virus that may very well kill him, ultimately what he feels more than anything is pride. “I feel very good,” he says, “because I’m saving the life of my people."

Produced by Vanessa Wruble for Okayafrica