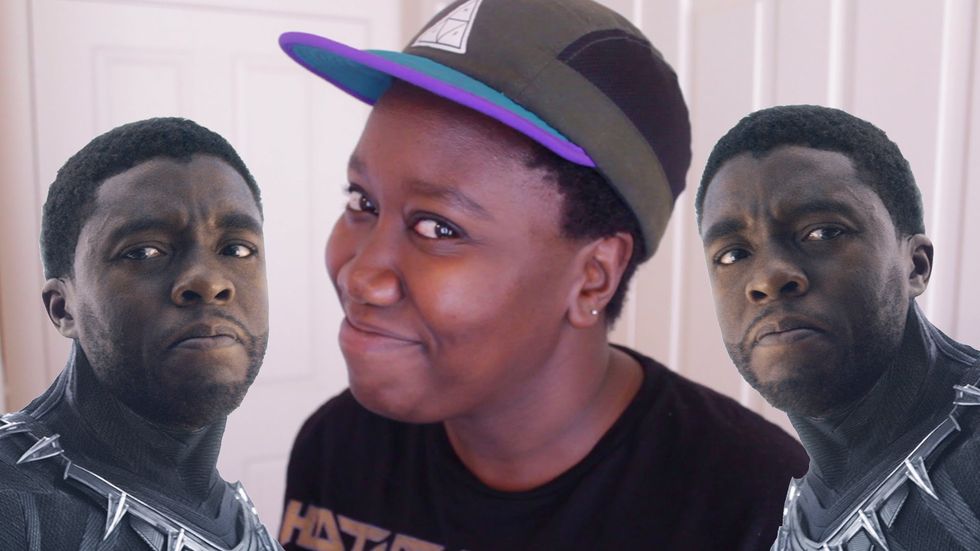 Youtube star Evelyn From the Internets keeps the LOL momentum going with her latest video.

Can we collectively agree that Evelyn from the Internets is hi-lar-i-ous? The Kenyan-American Youtube sensation is blowing up right now, after her 30 videos in 30 days challenge in April (see—it's amazing what can be accomplished when you challenge yourself, ya'll).

She can count Beyoncé, who played Evelyn's LEMONADE video during a stop on her “Formation" tour, and comedic-twin and blogger Awesomely Luvvie, who wrote a post about the vlogger Tuesday, among her growing legion of fans or friends-in-the-making.

So Evelyn from the Internet's latest installment “So Now It's Cool to Be from Wakanda" keeps the momentum going—could it possibly be her funniest video yet? Actually all her videos are pretty witty and entertaining.

In it, Evelyn comments how everybody wants to all-of-a-sudden claim they're from Wakanda or change their social media handle to some form of T'Challa, after getting a first look at Black Panther in Captain America: Civil War a few weeks ago. “Y'all fake," she quips.

She also marvels (no pun) at how far Africans have come since being humiliated by what she says are “those three infamous words we have all heard hurled at us on playgrounds from coast to coast: African. Booty. Scratcher." And she notes how black American kids were the main perpetrators of the slur (yo, we gotta stop with all that self-hate), despite the fact—as she points out—that both African and Black American kids were wearing the same Baby Phat jeans. What gives?

Like Evelyn from the Internets, being African is pretty dope right now. From Black Panther, which is likely going to be the littest blockbuster since who knows when, to Kyemah McEntyre's self-designed and jaw-dropping dashiki prom dress, it's important to keep perspective of the long, and sometimes awkward journey to fleektown.

Prepare to gut-laugh and travel down memory lane with this one. Watch below or here.