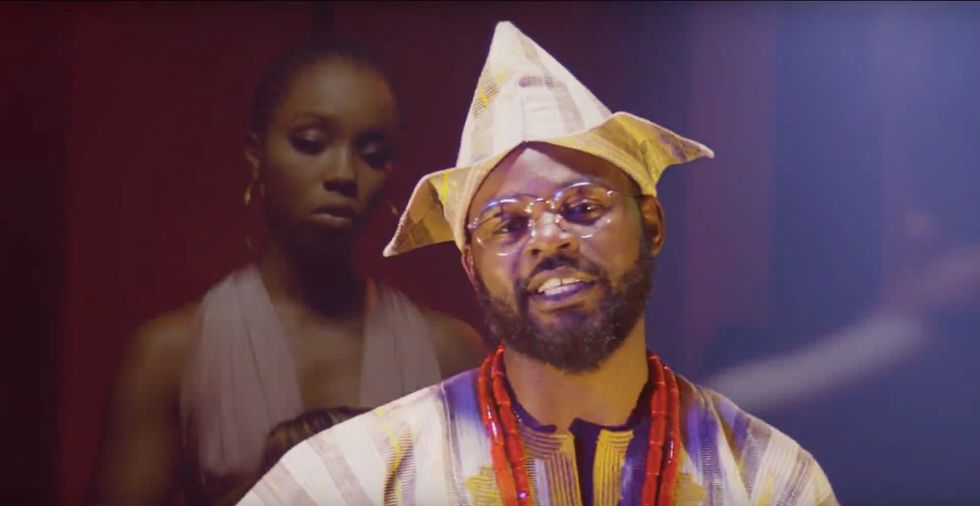 Still from 'Child of the World'

In his latest music video, the Nigerian rapper tackles rape, HIV/AIDS and suicide.

Following his viral hit "This is Nigeria," in which he addressed a number of social and political issues facing Nigeria, Falz is back with another socially-charged song and video.

In "Child of the World," Falz addresses the pervasiveness of sexual abuse against women and the harmful effects it can have on a victim's life.

In the music video, which stars Nigerian actors Toyin Abraham and BamBam—who play mother and daughter respectively—Falz tells the story of a young woman who was on a promising career path, which gets rocked when she is suddenly raped by an authoritative male figure. She eventually contracts HIV/AIDS, and she considers suicide as a result. Thankfully, the young woman is able to put herself back on the road to recovery, and she goes on to help educate others about HIV/AIDS and suicide prevention.

It's clear that many Nigerians appreciate Falz for his willingness to constantly tackle the hard issues.

Falz In a country where we got artiste doing songs and videos just for the commercial value, its rare to see the k… https://t.co/NXnbkXWTmI
— Khal Bussie🇳🇬 (@Khal Bussie🇳🇬) 1532183288.0

While the video has garnered a mostly positive reception, some have expressed that some aspects of the video play into tired narratives around policing women's bodies and behavior—an issue that continue's to negatively shape attitudes towards women in Nigerian society.

Check out the video for "Child of the World" above, directed by the talented Kemi Adetiba, who was named one of OkayAfrica's 100 Women in 2017.