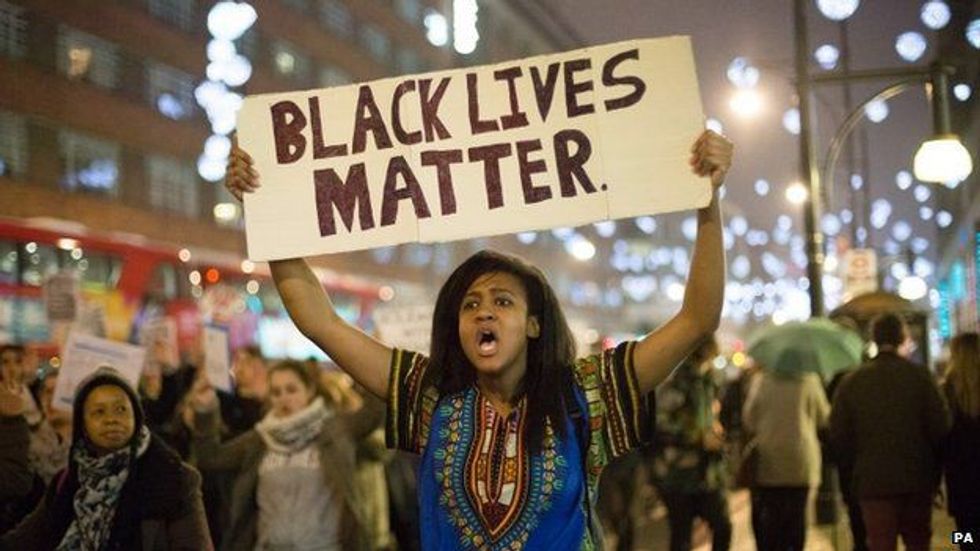 A federal judge has ruled that the Black Lives Matter movement is not an entity that can be sued.

On Thursday, a federal judge ruled that the Black Lives Matter movement is a social cause that cannot be taken legal action against.

The decision came after an anonymous Louisiana police officer attempted to sue Black Lives Matter and one of its most prominent figures, DeRay Mckesson, after he was injured by a rock that was thrown during a protest in Baton Rouge following the police killing of Alton Sterling.

U.S. District Judge Brian Jackson dismissed the suit, in a 24-page ruling, which likened the Black Lives Matter movement to other social movements like the Tea Party and the Civil Rights Movement, stating that, "Although many entities have utilized the phrase 'black lives matter' in their titles or business designations, 'Black Lives Matter' itself is not an entity of any sort."

Jackson also dismissed the officer's attempts to add the hashtag, #BlackLivesMatter as another defendant in the case. “For reasons that should be obvious, a hashtag—which is an expression that categorizes or classifies a person’s thought—is not a ‘juridical person’ and therefore lacks the capacity to be sued,” Jackson wrote.

Mckesson, who was arrested along with 200 other demonstrators during the Baton Rouge protests, responded to the ruling on Thursday. “It’s clear that I did nothing wrong that day and that the police were the only violent people in the streets. The movement began as a call to end violence and that call remains the same today.”