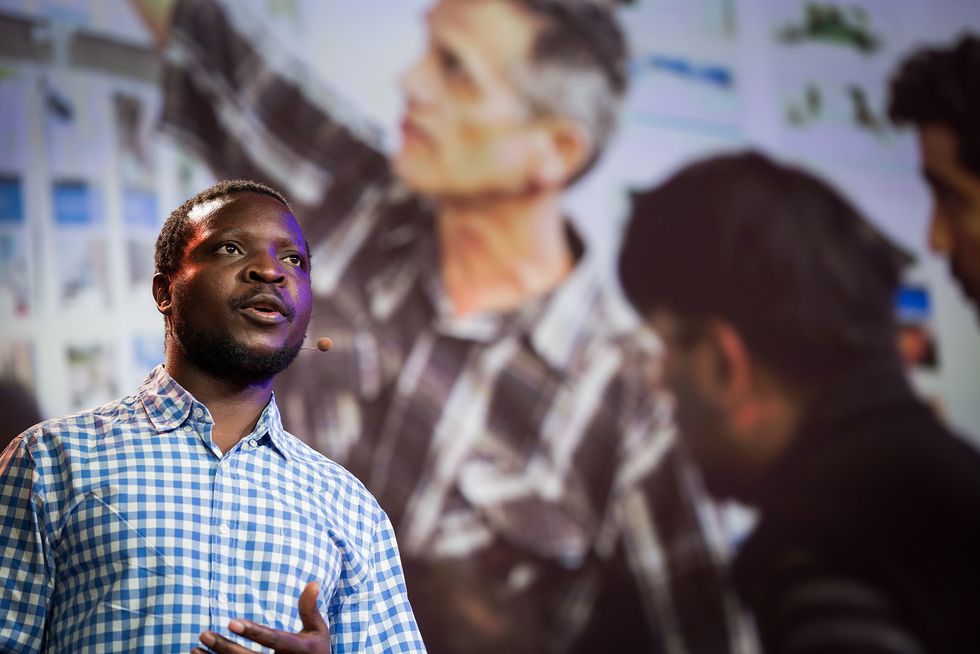 Chiwetel Ejiofor will star, write and direct a film adaptation of the book about the Malawian inventor's life, 'The Boy Who Harnessed the Wind.'

He is currently directing, writing and starring in a film adaptation of the book based on Malawian inventor William Kamkwamba's story, The Boy Who Harnessed the Wind.

The film will follow 13-year-old Kamkwamba (Maxwell Simba) who is dismissed from the school he loves when his family can no longer afford the fees. He sneaks back into his former school's library and figures out a way to build a windmill using bicycle parts belonging to his father Trywell (Ejiofor), which saves his village from famine.

This film will show the emotional journey between father and son and will capture the incredible determination of Kamkwamba's curious mind overcoming every obstacle in his path. Major themes from the film aim to raise awareness around environmental sustainability and the power of education.

"William's story represents what has to be the future in countries like Malawi: developing countries, overflowing with beauty, and with potential which simply needs access to opportunity in order to be fully unleashed," Ejiofor says to Shadow and Act. "William's determination and inventiveness created something that not only meant the end of the "hungry season" for his community, it also catapulted him into a future where all his potential could be realized."

When OkayAfrica caught up with TEDGlobal Conference curator Emeka Okafor leading up to the Arusha edition of the gathering, he emphasized how much Kamkwamba encapsulates Africa's potential.

"I remember at the time saying that if we had more individuals who just got about doing things as opposed to complaining about those who are not doing things, like the way William was able to solve problems, we would be much further along than we are today," Okafor says in an interview with OkayAfrica.

The cast will feature Lily Banda as Kamkwamba's older sister Annie; Noma Dumezweni (Hermione in Harry Potter and the Cursed Child) as Edith Sikelo, the librarian who helped bring his story to public attention; Aissa Maiga (Anything for Alice) as William's mother Agnes; Joseph Marcell (The Fresh Prince of Bel-Air) as Chief Wimbe; and Lemogang Tsipa (Eye in the Sky) as teacher Mike Kachigunda. Potboiler Productions' Andrea Calderwood (The Last King of Scotland) and Gail Egan (A Most Wanted Man) are the producers behind the film. Participant's Jeff Skoll and Jonathan King are executive producers along with BBC Films' Joe Oppenheimer, the BFI's Natascha Wharton and authors Kamkwamba and Bryan Mealer.
Popular
News Brief
afrima