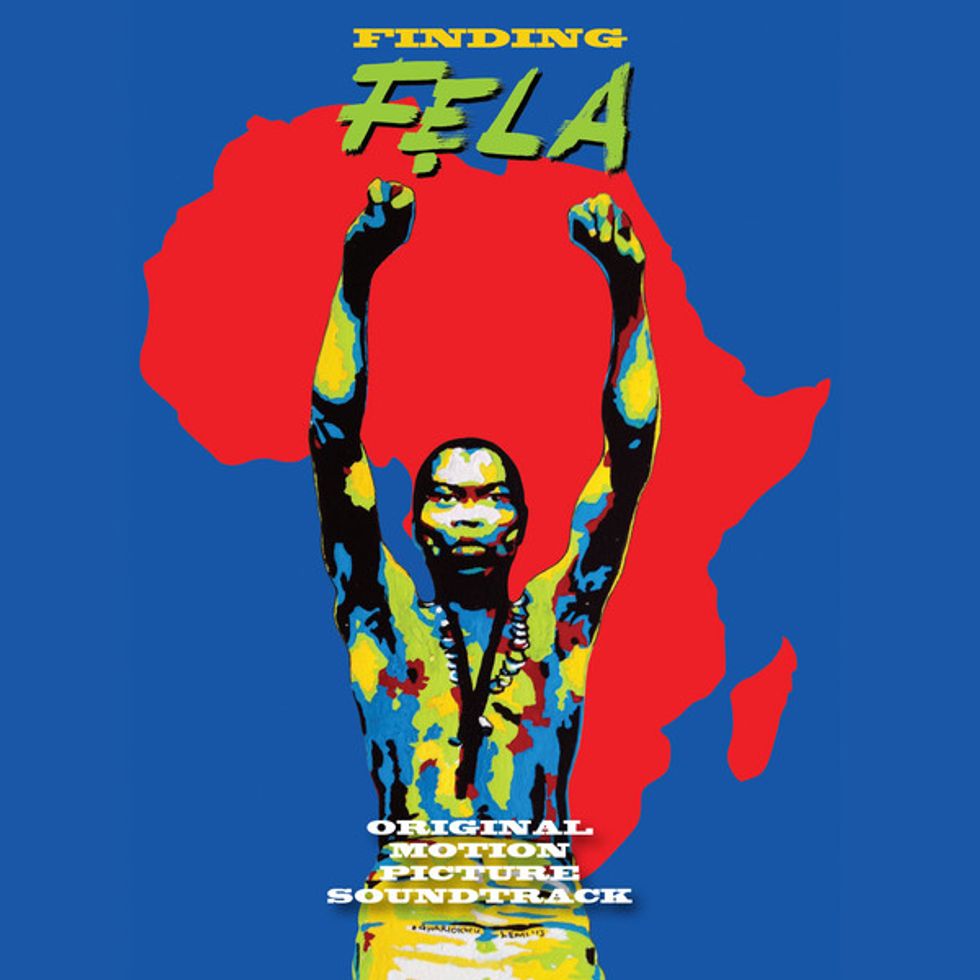 Finding Fela, the new Fela Kuti documentary from Academy Award-winning director Alex Gibney, begins its North American theatrical run on August 1st. To celebrate we've been finding Fela in our Okayafrica archives this week with a look back at our favorite Fela-related videos, galleries, remixes, interviews and much more. So far we've dug up interviews with Questlove and TV On The Radio's Tunde Adebimpe, the Best Fela Kuti Mashups, and our favorite videos from Red Hot + FELA. Today we have something brand new in store.

Knitting Factory Records is gearing up to release the official Finding Fela soundtrack next week. The soundtrack to the film includes 17 classic Fela tracks plus a never-before released live version of “Colonial Mentality” recorded at the New Afrika Shine featuring Femi Kuti joining the Fela! musical cast and band in a historic encore to the performance of Fela for Kalakuta. This morning the folks at A.V. Club premiered an advanced stream, which you can listen to in full below. Finding Fela: The Original Motion Picture Soundtrack is due out July 29th via KFR. Grab a pre-order here.