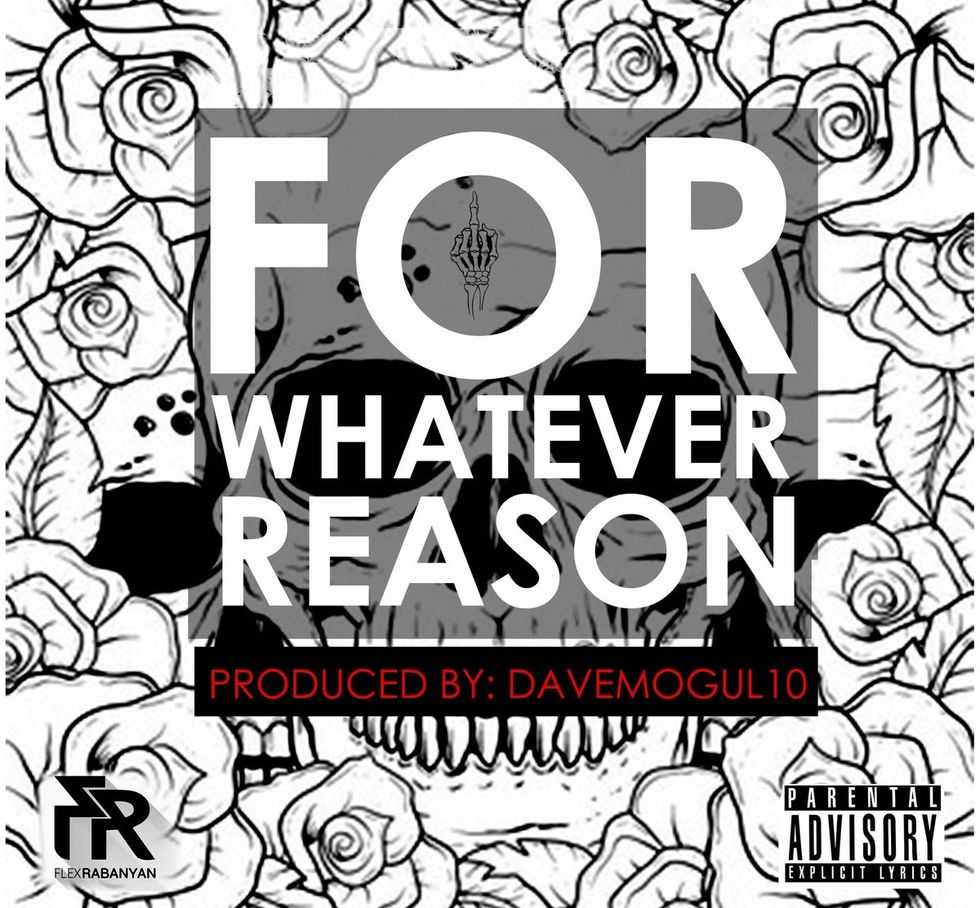 Emerging South African rapper Flex Rabanyan released an ice-cold diss track to veteran lyricist Reason last night. The song, titled "FWR (For Whatever Reason)," is a response to a feud between the two rappers that started where most rap beefs start in the 21st century, the Twitter streets.

It all started on Tuesday night. Flex tweeted that he paid payola to a Metro FM employee, but his song never got played. Reason, just like many of us, found a lot wrong with the tweet. Flex was essentially incriminating himself. Reason asked if Flex would have sent that tweet out if his song had gotten played. Reason said he was worried about the young MC.

Flex didn't take kindly to Reason's unsolicited pity. He responded on Twitter calling Reason a "nigga with 0 hits." Which is far from the truth by the way.

Reason responded with a video on Twitter, disputing Flex's claims and offering to give the young rapper advice on how he could have spent his money wisely. "I'm willing to go live with you wherever you want, and educate you," said Reason in the clip.

Read: Flex Rabanyan Grapples With the Concept of Being 'Born Free' On His Impressive Debut Album

Flex wasted no time. He hit the lab, and last night dropped a diss track to Reason that's all fire flame emojis. Flex hits below the belt, talking about Reason's failed marriage, his relationship with media personality Loot Love (with whom he's expecting twins), and saying Reason has fallen off.

He raps on the first verse:

"You paid the station to play your music, treating Metro like a jukebox/
You know you can't do it like you used to it, so you 'pregnated Loot Love/
First marriage fell apart, bathi you cheated/
Got yourself a famous girl, now you tweeting/
Clearly, you a fame hoe, and everybody get to see it/
You left your wife for clout, 'cause Loot had more than she did/
We know you living in Northcliff, but it ain't because of the music/
Loot paying all the bills, I guess "Rigorous" was useless/
I didn't even call you out, but you know if the shoe fits…."

Flex also mentions the producer and rapper pH, who's a close ally of Reason and also added his two cents on Twitter about Flex's plight. pH tweeted that Flex's career was over after his tweet admitting to paying for airplay.

This whole situation raises an important conversation about payola in South African radio stations. We've had enough artists admit to having been asked to pay for their music to get played on some of the country's influential stations. eNCA did an investigation that proved that compilers do accept a buck to place artists' songs on playlists.

The latest artist to speak out about payola is Pretoria rap veteran Blaklez. He recently told TSHISA Live:

"I really don't wanna comment too much on it, all I can say is I have never done it and I will never do it. I just found myself in that situation yesterday because we have an album out and we are trying to push a single. The person that we got as our point person to submit, he came to us and said, 'Well here's the situation at that particular radio station."

Payola has made it very hard for young talent to break through into the game. Which is why you hear the same artists over and over again on most major radio stations in South Africa. And radio still plays a huge role in breaking artists in South Africa, as bandwidth costs an arm and a leg down here.

That said, for the sake of our ears us who love raps, we hope Reason responds with a song and not a tweet to "FWR."

Listen to "FWR" below and revisit Flex's debut album The Born Free here, and Reason's Azaniahere.

Read: Reason Preaches the Gospel and Sides With the Downtrodden on His New Album 'Azania'