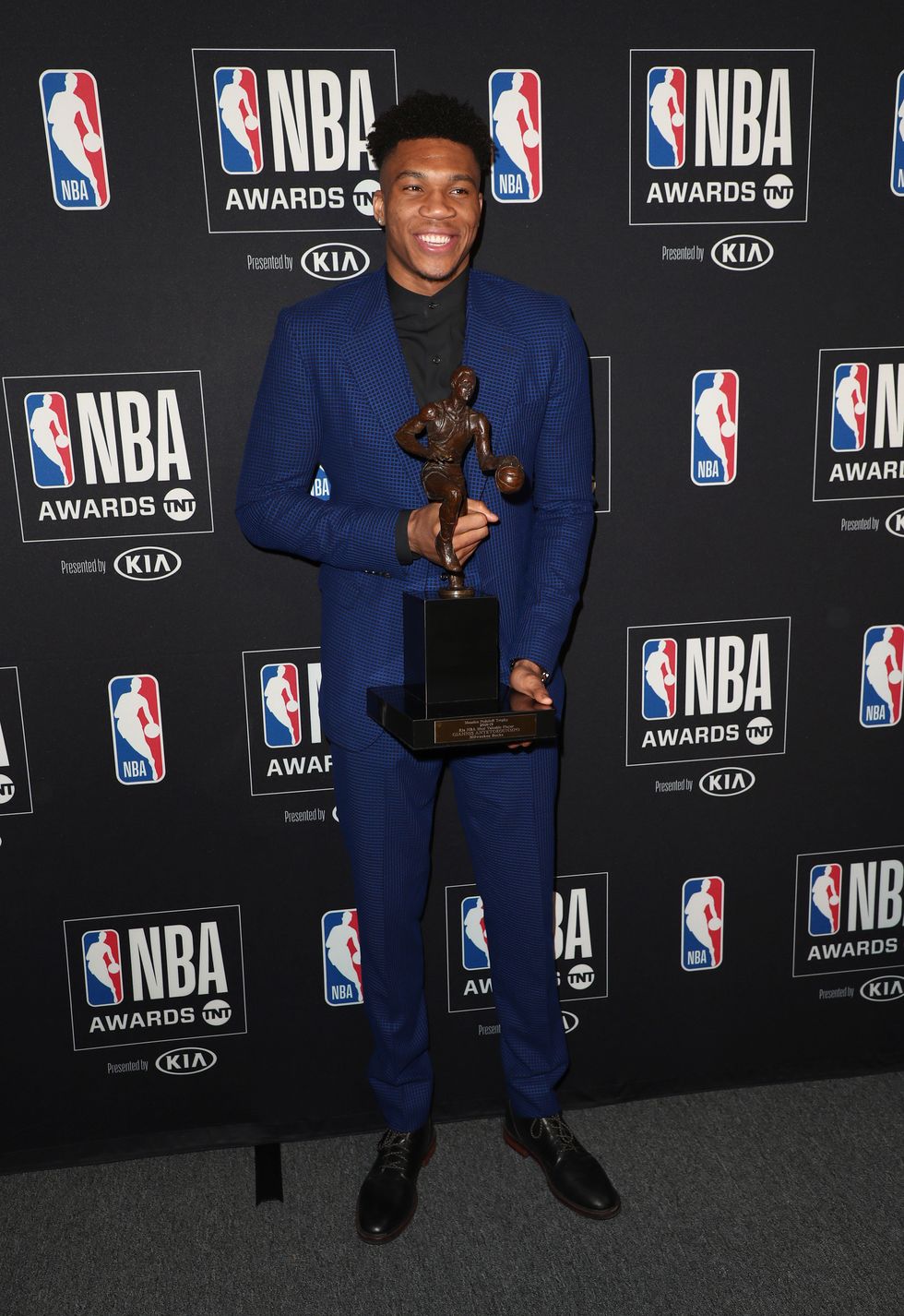 Giannis Antetokounmpo, winner of the Kia NBA Most Valuable Player award, poses in the press room during the 2019 NBA Awards presented by Kia on TNT at Barker Hangar on June 24, 2019 in Santa Monica, California. (Photo by Joe Scarnici/Getty Images for Turner Sports)

The Greek-Nigerian forward is the third youngest player to win the award in 40 years.

Giannis Antetokounmpo of the Milwaukee Bucks, was named MVP at the NBA Awards on Monday.

With his win, the Greek-born, Nigerian player has become the third youngest player to win the award in 40 years, after Derrick Rose and LeBron James.

The 24-year-old forward, beat out the likes of James Harden, Paul George, Nikola Jokic and Steph Curry, to earn the most first-place votes. He earned a total of 78 out of the 101 possible first-place voted, as ESPN reports.

He is the second Buck to win the award, following the legendary Kareem Abdul-Jabbar.

Antetokounmpo was a strong contender for the title, as the player, nicknamed "The Greek Freak," helped lead his team to the Eastern Conference Finals. He averaged 27.7 points per game this season, as well as 12.5 rebounds and 5.9 assists.

Upon accepting his award on Monday, the athlete gave an emotional speech, thanking God, his teammates and family, and remembering his late father. Watch the heartfelt moment below.

"MVP is not about stats and numbers," said Antetokounmpo on Monday. "It is all about winning and all about making sure you go out there and do everything you can to win. I think that is what we did as a team."

The star athlete is one of the league's most impressive players. Earlier this year, the player was named All-Star Captain for the Eastern Conference team at the NBA All-Star Games.