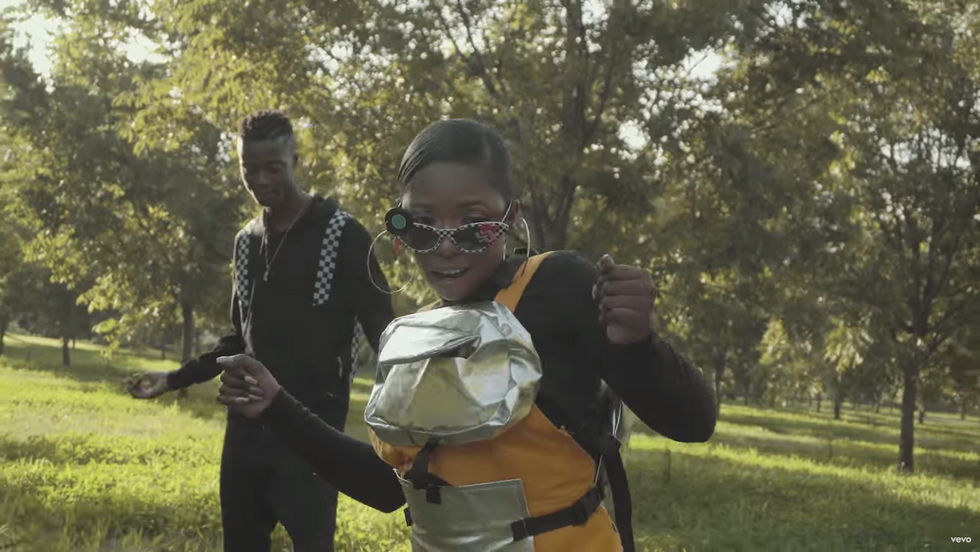 Gigi Lamayne and King Monada share the music video for their collaborative single.

For the past few years, it seemed as if King Monada hibernated throughout the course of the year, only to show up in December with a summer smash. But this year, after his 2018 viral hit "Malwedhe," the Limpopo-born producer and artist seems to be more visible.

His appearance on Gigi Lamayne's latest single "Fufa," is one of such instances. The rapper roped in King for an addictive gqom song that seems to be catching on fire this winter.

The song, which was released last month, just received the visual treatment. There isn't a variety of activity on the video, except Gigi, King Monada and a group of dancers gyrating to the catchy gqom beat and the two artists performing their lyrics to camera.

"Fufa" is the first single Gigi Lamayne has released since parting ways with the label Ambitiouz Entertainment which signed her last year.

Gigi Lamayne recently shared her ordeals with the label and Mabala Noise, another label she had signed to prior. The artist explained how she had no choice but to transfer to Ambitiouz Entertainment to "serve my time." You can read the full story here.

Watch the music video for "Fufa" by Gigi Lamayne and King Monanda below, and stream the song underneath.