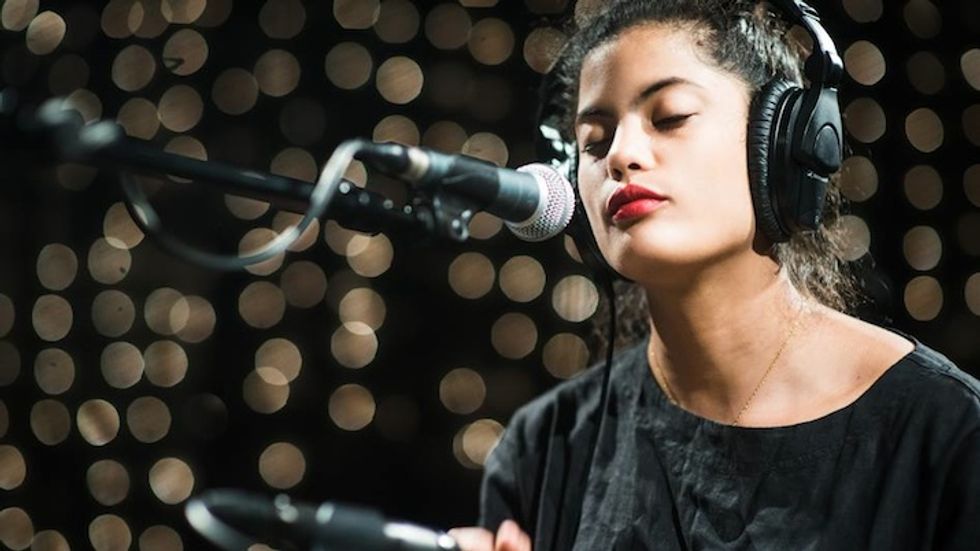 Currently on tour in support of their XL Recordings self-titled debut album, French-Cuban duo Ibeyi recently stopped by Seattle's KEXP studio for a live performance and interview. The performance starts off with the piano-driven "Ghosts," with twin sisters Naomi and Lisa-Kaindé Diaz then going into "Mama Says." The group takes a break to talk to host Stevie Zoom, revealing that they didn't know they were going to be musicians and that their first song was in English. Before beginning "River," Ibeyi elaborate on the song's unnerving music video (they wanted to create something "twisted" and involving water) and mention that their father, the late Buena Vista Social Club percussionist Miguel "Anga" Diaz, was also in the Cuban group Irakere. The KEXP session closes with Ibeyi's version of Jay Electronica's "Better In Tune With The Infinite," a song that they love and play beautifully. The group's extensive European tour dates can found on their Facebook page. For more from the twin sisters, revisit their ‘Day Out’ record shopping with Okayafrica TV in NYC and see them answering The Questions at the Okayhouse at SXSW. Watch Ibeyi's performance on KEXP below