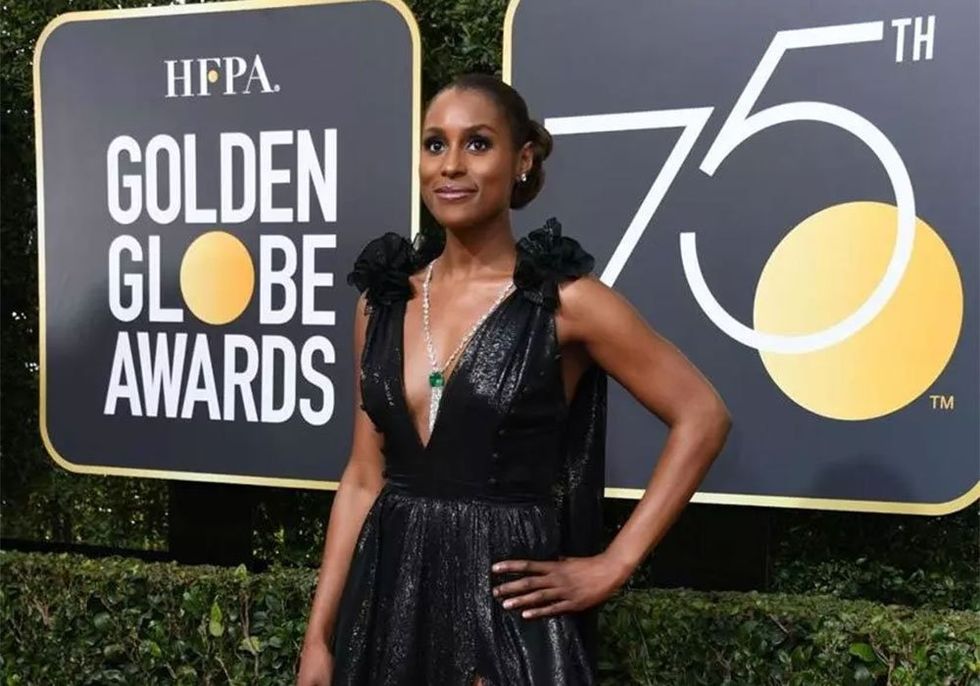 While we were all rooting for Issa Rae and Daniel Kaluuya to win in their respective categories—not only because we "root for everybody black," but also because they were undeniably deserving—neither of our favorites took home awards.

It seems that most folks on the internet shared in our disappointment in the fact that black talent was once again snubbed. But sadly, no one was really surprised by this. It's the same story every year.

Issa did, however, win the red carpet.

But as always, black excellence still pushes through. Sterling K. Brown take home an award for Best Actor in a TV series for his role in This Is Us, and Aunty Oprah became the first black women to earn the Cecil B. DeMille Lifetime Achievement Award. Her profound speech was the highlight of the show, and all anyone really cared to talk about. We are now all in agreement that Oprah Winfrey must be the next president of the United States. #Oprah2020

"For too long, women have not been heard or believed if they dared speak their truth to the power of those men. But… https://t.co/JO0xzSveHr
— BuzzFeed News (@BuzzFeed News) 1515417361.0

The other big talk of the night was the collective fashion statement made by those in attendance. Following the sexual assault crisis that has rocked Hollywood for the past several months, many of its biggest names showed up to the awards to declare that "time's up" on decades-long sexual misconduct in the industry by wearing all black as an "act of solidarity" with victims.

"It is standing side by side with other like minded people, who believe in justice and dignity for all" -Ava DuVern… https://t.co/STesGkYbXK
— AvaDuVernay Fans (@AvaDuVernay Fans) 1515428189.0