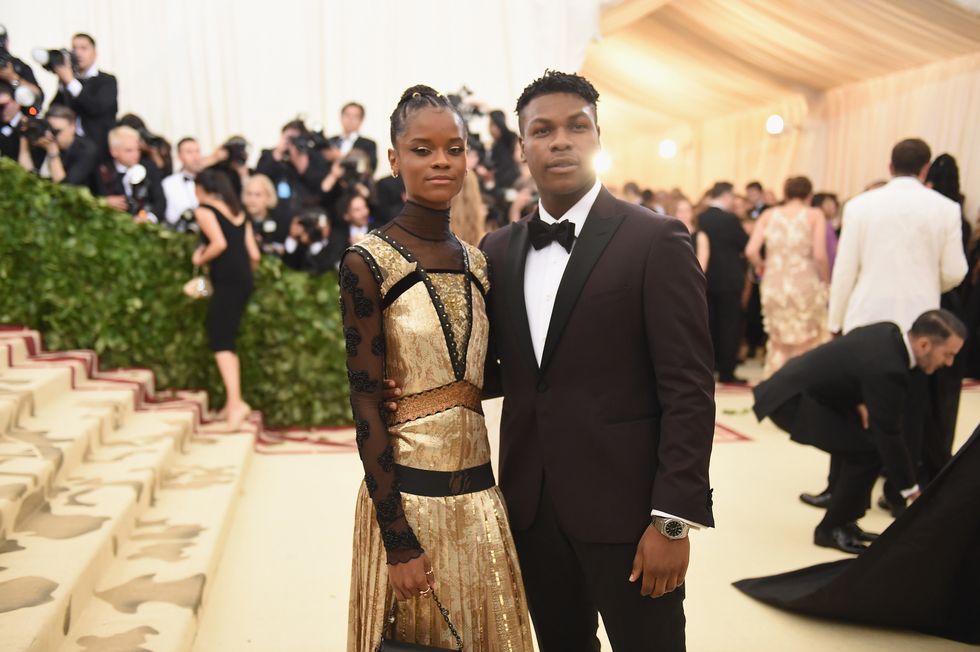 "Small Axe," from Oscar-winning director Steve McQueen is currently in production and will also premiere on Amazon in the US.

John Boyega and Letitia Wright are set to star alongside one another in yet another exciting new project.

The actors will lead the cast of Oscar-winning, Widows and 12 Years a Slave director Steve McQueen's upcoming anthology series Small Axe, which will appear on BBC in the UK and on Amazon in the US, reports Variety.

The six-part series, which is currently in production in London, will tell five unique stories centering on London's West Indian community. The title itself, references a Jamaican proverb that states: "If you are the big tree, we are the small axe," as well as the 1973 Bob Marley song by the same name.

McQueen, who is also executive producer on the series, spoke about the importance of examining the experiences of the Windrush Generation and Black British people as a whole, as quoted in Variety:

I felt these stories needed to be shared," said McQueen, who will also exec produce. "I wanted to relive, reevaluate and investigate the journeys that my parents and the first generation of West Indians went on to deliver me here today calling myself a black British person. What's important about our stories is that they are local but at the same time global.

I think audiences will identify with the trials, tribulations and joy of our characters as well as reflecting on the present environment in which we find ourselves," McQueen added. "The dynamic nature of the series allows us to confront injustice in the face of adversity.

The announcement comes days after the second annual Windrush Day on June 22, which marked the 71st anniversary of the arrival of the first Caribbean immigrants to the UK.

Last November, it was announced that Boyega and Wright, the 2019 winner of the BAFTA Rising Star Award, would star together in the upcoming sci-fi love story Hold Back the Stars.